7 Players Who Will Have a Breakout Sophomore Season

The 2022-2023 NBA season is nearly a month away, and the preseason is at the end of this month. With the 2021 NBA draft over a year old, let’s take a look at some players who have the potential to breakout and make a significant leap in production during their sophomore season: 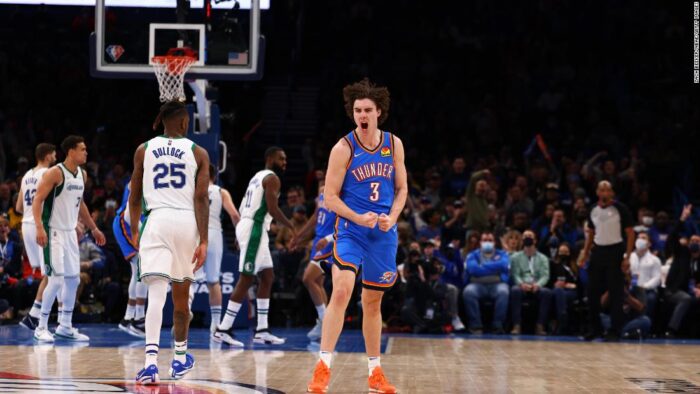 Josh Giddey was selected 6th overall and made a great impression in his rookie season. Although Giddey only appeared in 54 games, he was electric on the field as an all-around player. Averaging 12.5 points, 7.8 rebounds, and 6.4 assists per game built his case as an excellent passer with terrific basketball IQ. He was the only rookie last season to tally at least 500 points, 400 rebounds, and 300 assists. Unfortunately, Giddey’s injury kept him from finishing the season strong as he was placed on the All-Rookie Second Team. The loss of Chet Holmgren should increase more scoring opportunities for the Australian NBA player. Going forward, his objective this season would be to improve his shooting (He shot 41.9% and 26.3% from three) and be able to stay healthy throughout 82 games. 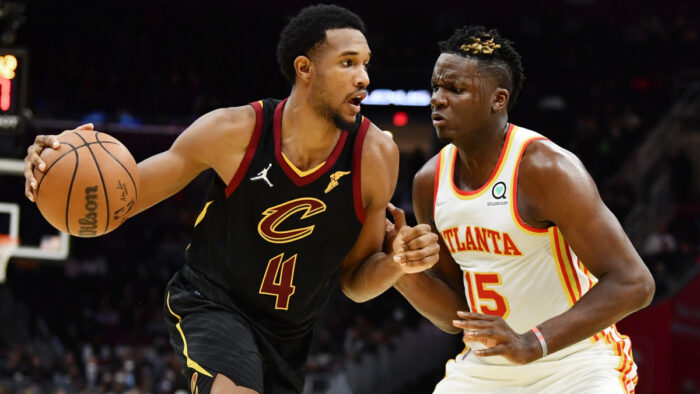 Aside from Toronto Raptors’ Scottie Barnes, Evan Mobley had one of the best rookie seasons in the NBA. His averages of 15.3 points, 8.3 rebounds, 2.5 assists, and 1.7 blocks in 69 games was a big part in contributing to the team. Arguably the best rookie in the draft, he couldn’t have had a better start to his career. Mobley finished top 3 in Rookie of the Year voting and got a taste of playoff basketball with the play-in tournament. To further prove his case, he even received some All-Defensive Team. The addition of All-Star Donovan Mitchell adds more of a championship window to the Cavaliers, quickly making Mobley’s young career even more significant. The 2021 3rd overall pick is expected to improve on finding his shot and extending his range this season. 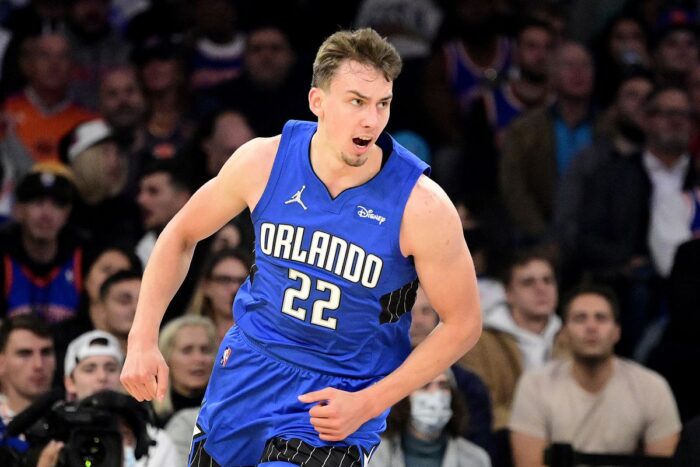 Besides drafting Paolo Banchero as the first overall pick in 2022, the Orlando Magic haven’t had much news surrounding their team in the last couple of seasons. One bright spot is 8th overall pick Franz Wagner. He played nearly the entire season, averaging 31 minutes on 15.2 points, 4.5 rebounds, and 2.9 assists on a near 46% from the field and 35% from three. Wagner’s size at 6’10 and his versatility on offense provides several options for him as a forward. The addition of Banchero alongside him will add size on the inside and offensive versatility. Wagner’s improvement this season will be on the defensive end. 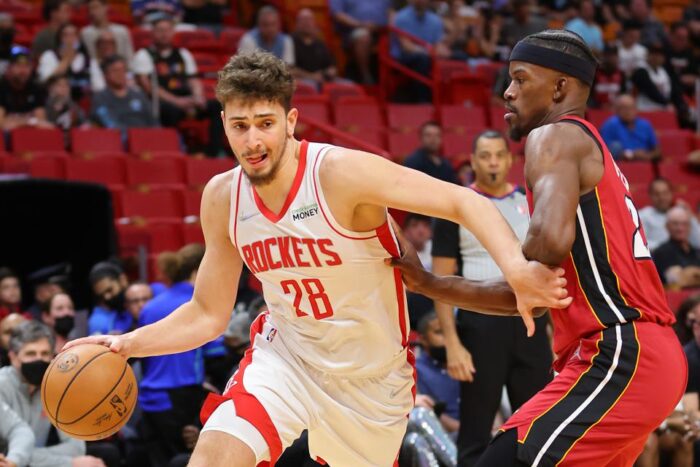 The Houston Rockets took Sengun as the 16th overall pick in the 2021 draft. There wasn’t much news surrounding the European phenom. Sengun was only able to showcase a small sample size of his raw talent in his rookie season, due to Christian Wood taking the starting center spot. Now with Wood on the Mavericks, this gives a chance for Sengun to be in the starting lineup, presenting more opportunities to display his basketball talent. He’s been trained under Rocket’s legend and Hall Of Famer Hakeem Olajuwon on his footwork. Additionally, Sengun hits fadeaway shots effectively, and can shoot from deep at a decent clip. His performances at the Eurobasket league have been amazing, as he’s been a stat sheet stuffer. Let’s see if it will translate to the 2022-2023 NBA season. 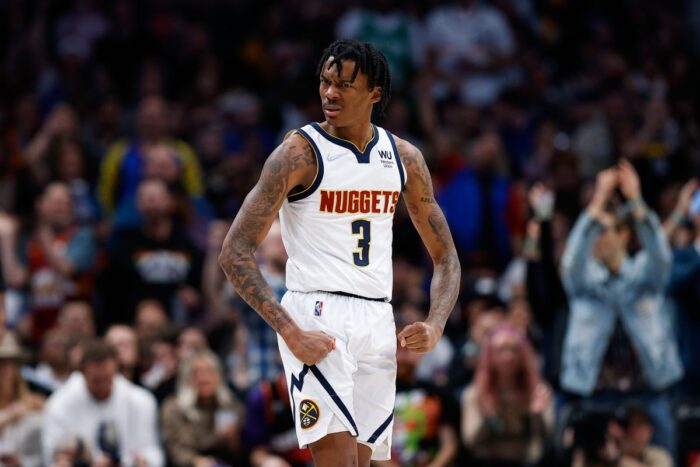 Drafted 26th overall, Hyland took over some of the absence of Jamal Murray last season, and did not disappoint. He played in 69 games, averaging 10 points, 2.7 rebounds and 2.8 assists in 19 minutes. He excelled at driving to the basket and from beyond the arc with a 37% clip. With the return of Jamal Murray and additions of veterans Ish Smith and Kentavious Caldwell-Pope, expect Hyland to get a dip in minutes. Denver should recognize his potential and contributions for the sixth man spot. 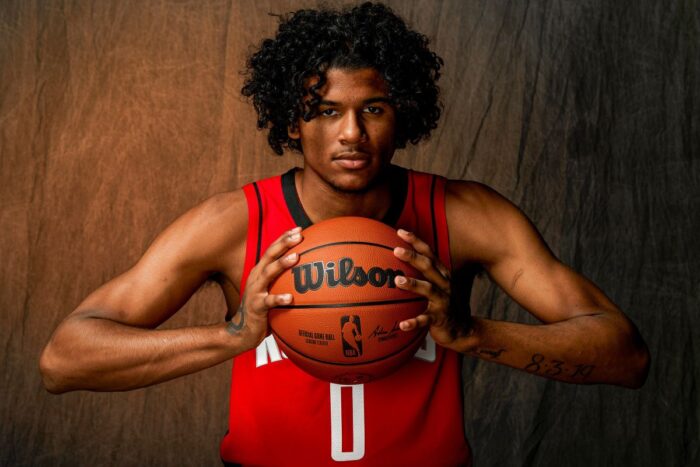 2nd overall picks are expected to perform well on any NBA team. However, that wasn’t much of the case for Jalen Green. Throughout the first few months of the season, Green was a bit inconsistent and had trouble scoring the basketball. His overall averages of 17.3 points, 3.4 rebounds, and 2.6 assists on 42.6% from the field isn’t anything to ride home about. However, after the All-Star Break, Green started to go on a tear, averaging 24.7 points in March and April. He shot 49% from the field and 39% from three in this two month span. This offensive talent was long awaited. Adding Jabari Smith Jr. to the team will add defense and more scoring opportunities for the Rockets starting shooting guard. It will be interesting to see if Green can continue this offensive frenzy into the upcoming season. 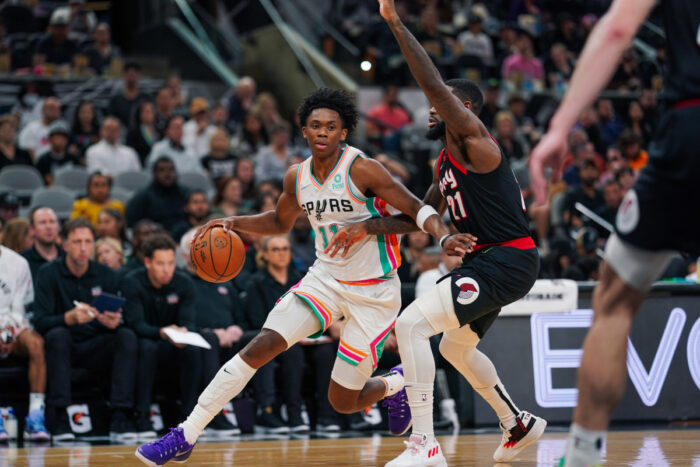 Here’s a player that’s not on anyone’s radar; 12th overall pick of the 2021 draft in Joshua Primo. Primo spent some time in and out of the NBA and the G-League. In the NBA, he played 50 games, averaging 5.8 points 2.3 rebounds, and 1.6 assists in 19 minutes. He started 16 games, and his averages increased to 8.6/2.2/2.4 in 28 minutes. The departure of Dejounte Murray will allow more players to showcase their talent and reliability. This is Primo’s biggest opportunity to flourish. The San Antonio Spurs are desperate need to find themselves following their golden age of Duncan, Parker, Ginobili, and Leonard. Primo can potentially take advantage of this and push the team in a certain direction.  This will be the main focus for the young NBA player as he assumes more of a leadership role this season.