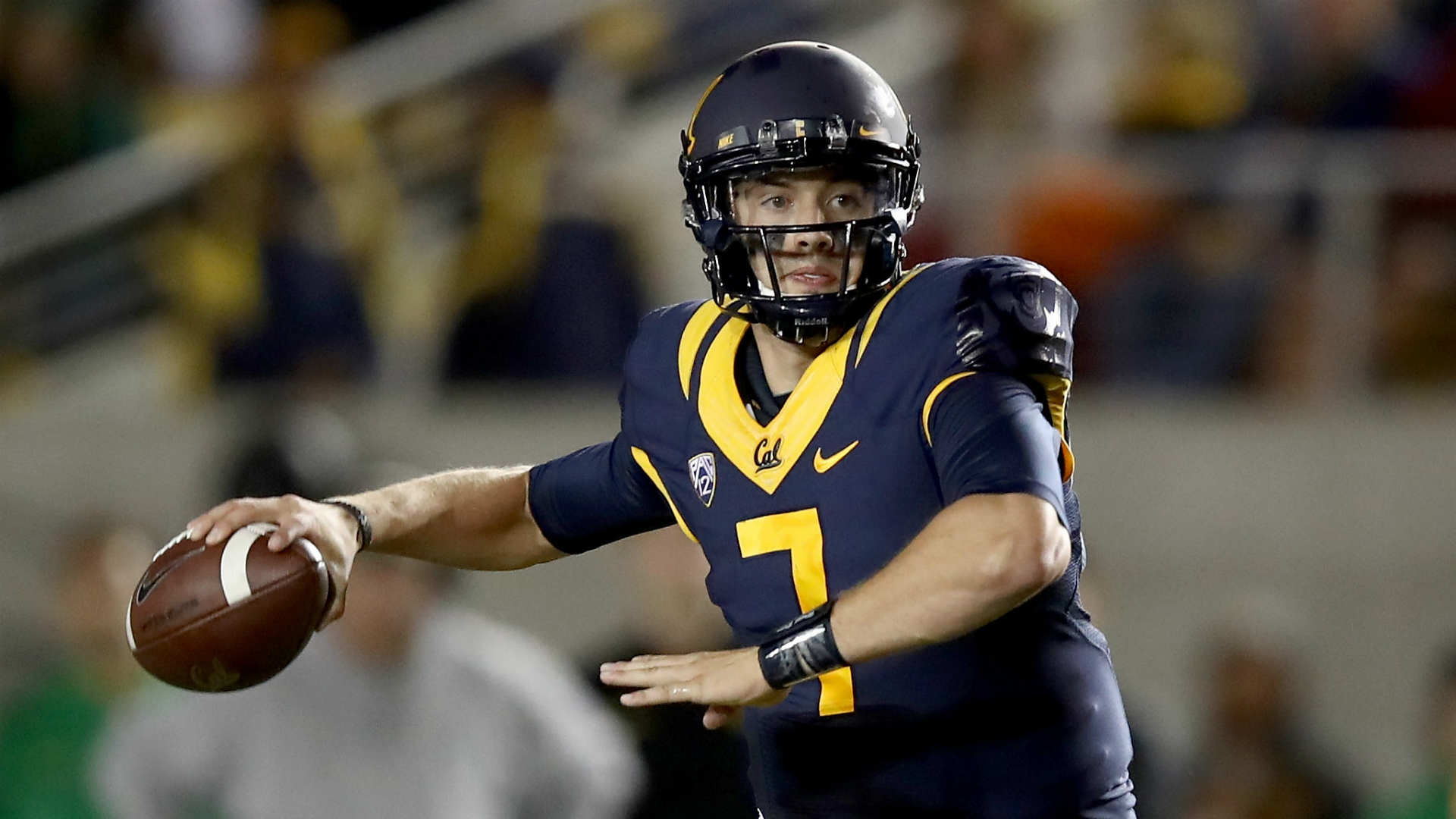 There is nothing more nerve wracking for an NFL prospect then waiting for that fateful phone call during Draft weekend. The Phone call from an organization letting that prospect know that they are going to take a gamble on them.

The New York Giants have an All-Pro QB in Eli Manning who has two years remaining on his contract which will expire when he is 38 years old. With this in mind the Giants decided to look towards their future and draft University of California Standout Davis Webb with the 87th pick in the third round.

Webb replaces Ryan Nassib as the main back up to fill the shoes of the two time Super Bowl MVP at the time he decides to step away from the game. The former Golden Bear and Texas Tech stand out threw for 83 touchdowns to only 34 interceptions in 35 games.

Randy Zellea of Back Sports Page spoke with Davis Webb during the Collins VS Jacobs Softball fundraiser in Rockland County New York on June 2nd. The Rookie spoke out about fitting in with his teammates, the enjoyment of meeting Giants fans, his draft night experience and much more.

Q: Is this your first real event as a member of the Giants?

A: Yes, it’s really the first time I have had the chance interact with the fans. That’s the big thing for me. I am signing autographs taking selfies and they welcoming me to New York. I am very excited to be here obviously in best organization in football. This has been a blast watching the fans react to every home run hit by Adams. I felt the buzz from them as I was signing autographs. I feel very welcomed so far and I am enjoying the time with my teammates. Being in the Quarterback room with Eli, Josh, Geno and the coaches have been amazing and they are so welcoming. So I am excited be here.

Q: Are you asking a lot of questions to Eli or are you taking the sponge route and just listen and learn?

A: More of the Sponge thing. He is obviously one of the best who have ever played this game as he has two rings to show for it. We are all working on getting a third. Being in the same room with him, Josh, and Geno, there are so many questions I have had for them. They all have been so responsive and been great to me. I am very excited to be in the same room as them.

Q: What is the transition been like from college game to the pros?

A: The biggest thing is to learn a new playbook. Going to college to the NFL is different. I have only been at it for about three weeks now and just got done with OTA’s. I’m just learning new things every day or should I say every play. I am learning as I go by watching what Eli, Josh, and Geno. Then I watch myself on film while being coached and having it be applied to my game. It has been a lot of fun but I also know that I have a long way to go but I want to work to get there.

A: Very. You work 22 years for it so you want to see who believes in you and who you could prove right. The Giants took a chance on me and my job is to prove the organization right.

Q: Have you been getting used to the NY/NJ area?

A: I have been looking around a little bit for dinner. I have been at the facility at 630am-7am everyday which does not give me a lot of time to get out much. I am working very hard right now and I just really want be a good teammate. I am enjoying and getting used to the area and my surroundings.

The Transition: Chris Canty
Jaguars Training Camp: What to Watch