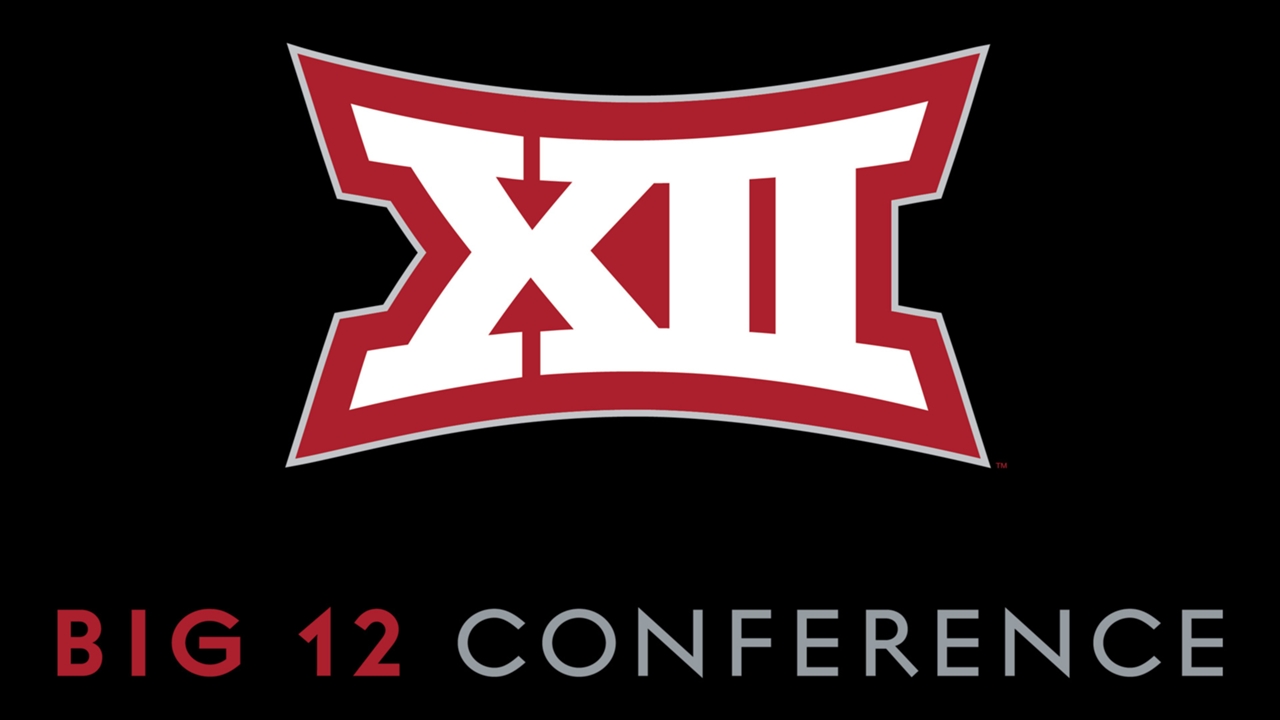 Since 2010 there have been multiple teams in the Final Four from the same conference. The Big East did it in 2013, then the SEC in 2014, followed by the Big Ten in 2015, and finally the ACC accomplished the feat in 2016. However, the Big-12 hasn’t accomplished this feat since 2003 where Texas lost to Syracuse in the final four, and Kansas, then coached by current North Carolina Head Coach Roy Williams, lost to Syracuse in the national championship. This year might just be their best opportunity to send two or three teams to the final four. This year the final four will be played down in the bayou at Tulane University. Scott Drew’s Baylor team is the clear favorite this year, but make sure to keep an eye on Kansas, West Virginia, Oklahoma State, and Texas Tech.

Baylor: The Bears were one of the favorites to reach the final four last year before the tournament was cancelled. Scott Drew’s Bears play at a fast pace and suffocate you with defensive pressure. Jared Butler is back for his junior year running the point. Butler is already averaging 15 points per game, and dishing out nearly seven assists per game. However, Butler isn’t the only Bear worth talking about. MaCio Teague, a lethal sixth man off the bench, and Davion Mitchell are already averaging nearly fifteen points per game. Scott Drew also has Baylor’s deep bench to work with. Look for Baylor to end their seven-decade final four drought in 2021.

Kansas: Bill Self is back in Lawrence for his 18th season coaching the Jayhawks. It would be a surprise to no one if the Jayhawks went on to win the conference for the sixth time in seven years. Self has to replace the Big-12 player of the year in 2019-2020, Udoka Azubuike, and leading scorer Devon Dotson. There are question marks surrounding the Jayhawk’s offensive fire-power this year. Marcus Garrett returns for Kansas, but can he provide some offensive sparks to go along with his outstanding defense? The two x-factors for Kansas this year are freshman Bryce Thompson and JUCO transfer Tyon Grant-Foster. If they struggle to make an impact, then Kansas might fall in the Big-12 again in 2020-2021.

West Virginia: Bob Huggins has been a great coach at West Virginia, after his time at Cincinnati. It is very likely that this Mountaineer team is the best defensive team in the country. However, the offense in Morgantown is another story. Huggins has two bigs down low who protect the rim in forward Oscar Tshiebwe, who had an impressive freshman season, and Derek Culver who is one of the best shot-blockers in the nation. West Virginia basketball reminds some of Wisconsin football, it’s not pretty but it gets the job done. The Mountaineers suffocating defense often leads to points for the offense, and if they can keep that up, the Mountaineers are absolutely a final four contender.

Oklahoma State: Cade Cunningham. That’s all you need to say when talking about Cowboy basketball. The nation’s number one overall recruit took his talents to Stillwater, Oklahoma this summer. Cunningham reminds a lot of people of Ben Simmons, but with a solid jump-shot. Cunningham is already averaging 19 points per game, six rebounds, and four assists per game early in the season. Cowboy point guard Isaac Likekele can help out Cunningham with his offensive punch. In Stillwater they are hopeful sophomore center Kalib Boone can have a good season in 2020-2021. Consistency will be the issue with this Oklahoma State team. However, if they get into the tournament and win a game, look out because the Cowboys can get on a roll very quickly.

Texas Tech: Two years removed from finishing as the runner-up in the NCAA tournament, and Chris Beard is still building a powerhouse in Lubbock. The Red Raiders should get a huge offensive boost from Georgetown transfer Mac McClung, and VCU transfer Marcus Santos-Silva. On top of that, Beard brought in two top 50 recruits in guards Micah Peavy and Nimari Burnett. The Red Raiders might start out a bit slow in conference play, but right around March they should hit their stride and become a very dangerous team in the NCAA Tournament.

Texas: Shaka Smart has had some success at Texas, but not nearly as much success as he had at VCU. This year might be the year the Longhorns get it together and compete for a Big-12 Title. Incoming five star prospect Greg Brown is a good rim protector and his physicality in the post scares away a lot of weaker big men. Look for him to be in the mix for newcomer of the year in the Big-12. Returning for the Longhorns are last year’s two leading scorers Matt Coleman and Andrew Jones. For Smart, this year may be it for him if he can’t put together a solid, title-contending team.

Oklahoma: Lon Kruger has guided the Sooners to the NCAA Tournament 6 of the past seven years before last year. The Sooners are a veteran team, which is the exact opposite of their rivals in Stillwater. Senior Brady Manek is back to hold down the front-court after Kristian Doolittle’s departure. This Sooners team might not have the top end talent as their rivals in Stillwater, but it’s very possible this team is more suited for an NCAA Tournament run than the Cowboys.

Iowa State: Replacing super guard Tyrese Haliburton is no small task for the Cyclones. Haliburton was taken 12th overall in the NBA Draft by the Sacramento Kings. However head coach Steve Prohm brought in a tandem of trasnfers this season. Memphis transfer guard Tyler Harris should be the main play-maker on the offensive end, while former Depaul and Illinois transfer Jalen Coleman-Lands can also score when needed. Anything more than one win in the NCAA tournament is pretty unlikely for the Cyclones this year, but the Cyclones could still make noise in a deep Big-12.

Kansas State: Kansas State finished last in the Big-12 last year, and also lost their top three scorers in the off-season. The Wildcats landed 4 star point guard Nijel Pack, who could grow into an all-conference player after seeing significant time this year. This isn’t the same Wildcats team from 2010 with Jacob Pullen and Denis Clemente , and it definitely a Frank Martin coached team. The Wildcats will be lucky to be the next four out come Tournament time.

TCU: Led by head coach Jamie Dixon, the Horned Frogs started out on a roll last year before the bottom fell out and they finished 16-16. They also lose guard Desmond Bane, who took his talents to the NBA after two years of all-conference play. Senior R.J. Nembhard will be tasked with picking up where Bane left off. It’s going to be a long year for the fans out in Fort Worth.

Big 12 Player of the Year: Jared Butler, G, Baylor – Butler should have a relatively clear path to the player of the year award this season. Kansas lost Udoka Azubuike and Devon Dotson. Butler is a true point guard in all sense of the world. His defensive pressure is lethal at times, he gets others involved, and can score when needed. He won’t get the same media attention as Cade Cunningham, but this award is his to lose if the Bears can replicate their success from last year.

Newcomer of the Year: Cade Cunningham, G, Oklahoma State – This one is pretty obvious. The future number one overall pick in the NBA Draft is the best freshman to grace the Big-12 since Kevin Durant and Michael Beasley won it back to back in 2007 and 2008.

Dark Horse Candidate: Oklahoma State – Is Cade Cunningham the best player in college basketball? It’s possible. The Cowboys has tough tests in three of their next four games. Traveling to Lubbock and hosting Kansas and West Virginia. It’s unlikely but if they come out of that three game stretch 3-0 or 2-1, watch out, the Cowboys can make some noise.

Be on the look-out for BSP’s new college basketball podcast, 94 Feet In Under 94 Minutes. I will be hosting along with Tom Bennett. Tonight will be our first podcast and we will cover some conference previews, give our early tournament predictions, and get into some fun segments. Be sure to tune in!

The Fourth & Long Podcast Epiosode 20: The Final Four is Set
94 Feet In Under 94 Minutes’ Official Naismith and Coach of the Year Watch