A Busy Offseason Ahead For The A’s 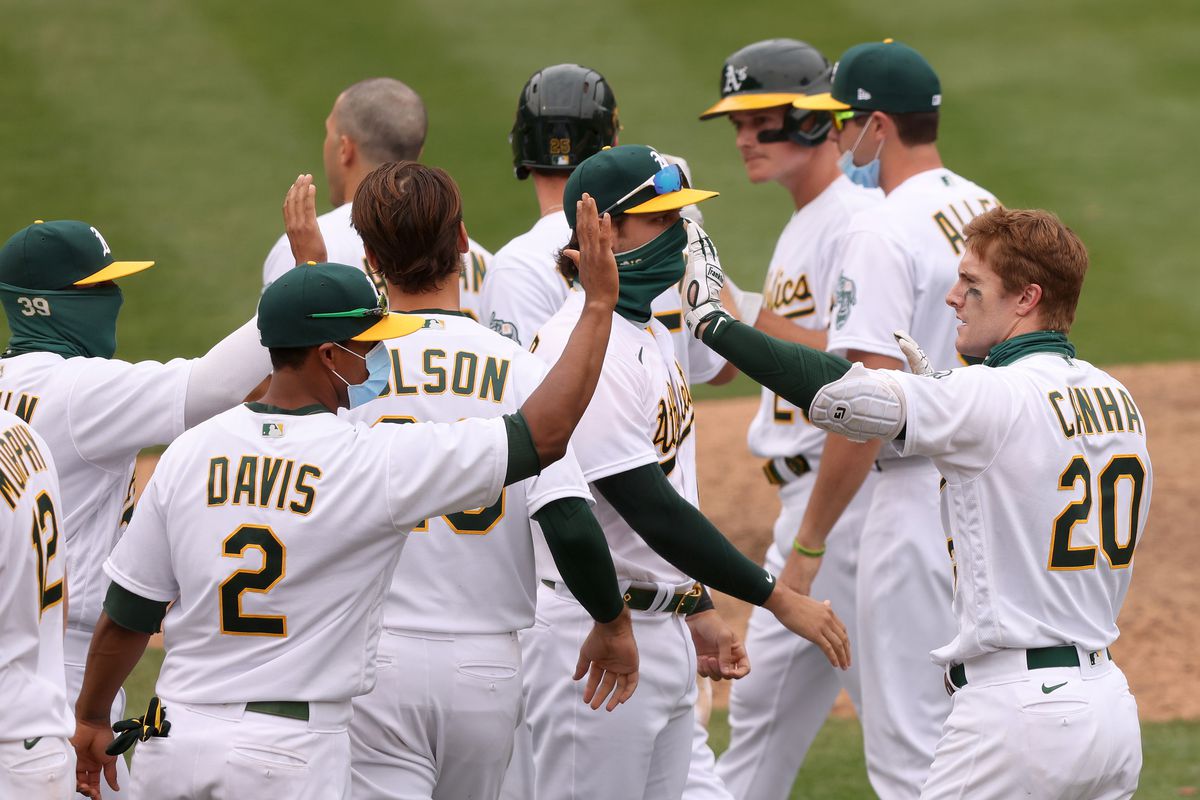 November- The free agent period is officially in full swing as only two major qualifying offers were accepted this offseason. This year’s free agent market will be like no other. With every team struggling financially due to a short 60-game season and no fans in the crowd, baseball might see one of the cheapest free agents signing off seasons to date. The Oakland Athletics are one team that will have to put immense focus into free agency as they have 10 players from their active roster alone hitting free agency this year. Each of these 10 names provided one key tool or another for the A’s in the shortened season. However, just a few names in particular stick out as especially high-profile contributors. In an ideal world, the A’s would want to keep all these players for the 2021 season. While the A’s could catch a break with other teams holding likely to be conservative about signing free agents on the market, it is not likely the A’s will be able to re-sign all these names. Here is a breakdown of the most talked about names on the market.

Case For Keeping: In 2019, Semien’s fifth season with the team, he finally unleashed his full potential at the plate batting .285 with 33 home runs to finish third in AL MVP voting honors. His value on the field only helps his case for a hefty contract. After initially struggling big time at the shortstop position when the A’s first acquired him in 2015 via trade from the Chicago White Sox, Semien has become one of the most productive fielding shortstops in baseball. He finished second in gold glove voting at the position in 2018 and 2019. While he had a down season in 2020, there is little for fans to be concerned about as Semien continued to come out as a rare everyday starter. He brought his streak to 276 straight games played before he was hampered by side soreness midway through the season. The fans have come to admire Semien for everything he has brought to the team. Beyond his playing he has brought great leadership as a staple crop for this team. His Bay Area roots would make his departure that much more disheartening for the fans of the green and gold.

Case For Letting Him Walk: Yes there was a dramatic drop in his stats this season as he posted disappointing a slash line of just .223/.305/.374 but his value has barely, if at all dwindled. His bat started to show up in the postseason as he posted a .407 batting average this October. These playoff performances will only help Semien’s value on the free agent market. The main concern surrounding this team is less about Semien’s stats and more about the team’s ability to keep him. At 30-years old and at the peak of his career, eyes are already falling on Semien, making him arguably the most valuable shortstop in this year’s market. If the A’s want to be able to spend on star players like infielders Matt Olson and Matt Chapman who are both arbitration eligible next season, Oakland may have seen the last of Semien. The A’s might have to start developing some of their lesser known utility infielders such as Chad Pinder, if not focus on developing a promising core of infield prospects. What brings hope however is the fact that all teams have taken a financial hit this season, making Semien’s case look less dim for the A’s then it might in any other offseason.

Case For Keeping: Who doesn’t want Liam Hendriks. The 2020 AL Reliever of the Year was the core of a strong showing from the A’s bullpen throughout the regular season, and their one consistent pitcher in the postseason. This guy throws gas and like Semien he is among the top free agents that other teams will want to pursue. With team’s expected to spend historic lows on free agents the value of bullpen pitchers in this year’s market is especially likely to buy low. Hendriks however is an exception. He did more than just come out and close games for the A’s in the playoffs. He came in and gave the team a few consecutive innings when the rest of the pitching was faltering. The electric energy this guy brings to the mound is something else and he only keeps getting better.

Case For Letting Him Walk: There were times when Hendriks came out and was inconsistent as his hard throwing occasionally caused him control problems. He struggled when he fell behind in counts but when he’s able to locate that upper 90s fastball, he can be one of the most intimidating closers to face. Especially when he has room to also work his effective slider. But if the A’s want to take a risk on his contract they have to hope he doesn’t present some of those same control problems he did early in his career. Also, while the rest of the A’s bullpen behind Hendriks may have struggled in the postseason, their strong regular season performance as a unit was more than enough to earn most of them an extra year. Maybe the A’s have enough bullpen depth to carry them without Hendriks.

Case For Keeping: La Stella was perhaps the best steal at the 2020 trade deadline, coming over from the Los Angeles Angels midseason and having an immediate impact. La Stella filled their one missing infield piece at second base and gave the A’s the kind of hitter they were looking for, one of those rare contact hitters in this day and age. These past few years the A’s have been a team with a high volume of strikeout hitters, dependent on the long ball. La Stella countered this narrative by posting the lowest strikeout percentage among all hitters this season, striking out just 5.8% of the time. With his market value not specified and his 2020 contract at a modest $3,250,000 there is little to no reason why the A’s should not pursue an option with him.

Case For Letting Him Walk: With his range at second base fairly limited and his defensive WAR below average, La Stella has not quite filled the fielding void at second base that the A’s were looking for. He may not provide the same fielding value as the rest of the A’s stellar infielders but for what he’s worth and his versatility, his fielding is something that can develop overtime. Just look at how the Semien’s fielding evolved. Plus, believe it or not Semien’s fielding was also below average last season. If the A’s are to pursue options with their two biggest name free agents however, they might not have room for a La Stella option, too.

Case For Keeping: Grossman has been an unspoken part of the A’s success. Considered the team’s fourth outfielder he put up some of the more productive stats for the A’s this past season leading the team with an .826 OPS.

Case For Letting Him Walk: Amongst some of his unspoken success he has his limits and the discrepancies between his .100 batting average against lefties versus his .260 batting average against righties explains why. He did have a near gold glove campaign in 2019 as well and if the A’s were to let him walk, it will likely be harder for Grossman to find a job elsewhere. This year’s free agent market is not likely to be kind to middle tier free agents like Grossman.

Case For Keeping: Petit has been one of the A’s most consistent bullpen arms over the past three seasons. A dependable middle inning arm on a daily basis, Petit led MLB pitchers with 80 appearances in 2019, while putting up an impressive 2.71 ERA. If the A’s decide to move on from Hendriks, Petit might get to play a bigger role later in games, even though he has never really been a late game reliever.

Case For Letting Him Walk: Even Petit saw occasional struggles this season particularly when it came to crucial moments in the postseason. He surrendered four runs through two innings pitched in a rough American League Division Series. To be fair the series was rough on most of the A’s pitching. His regular season WHIP of 1.108 was higher than many might have anticipated considering his past season stats. Is it possible that both Hendriks and Petit will walk? Is it worth re-signing Petit and trying him out in a late inning relief role, or should the A’s move on and utilize some of the other effective pieces in their bullpen?