A Case for the Orlando Magic “All Bigs” Lineup 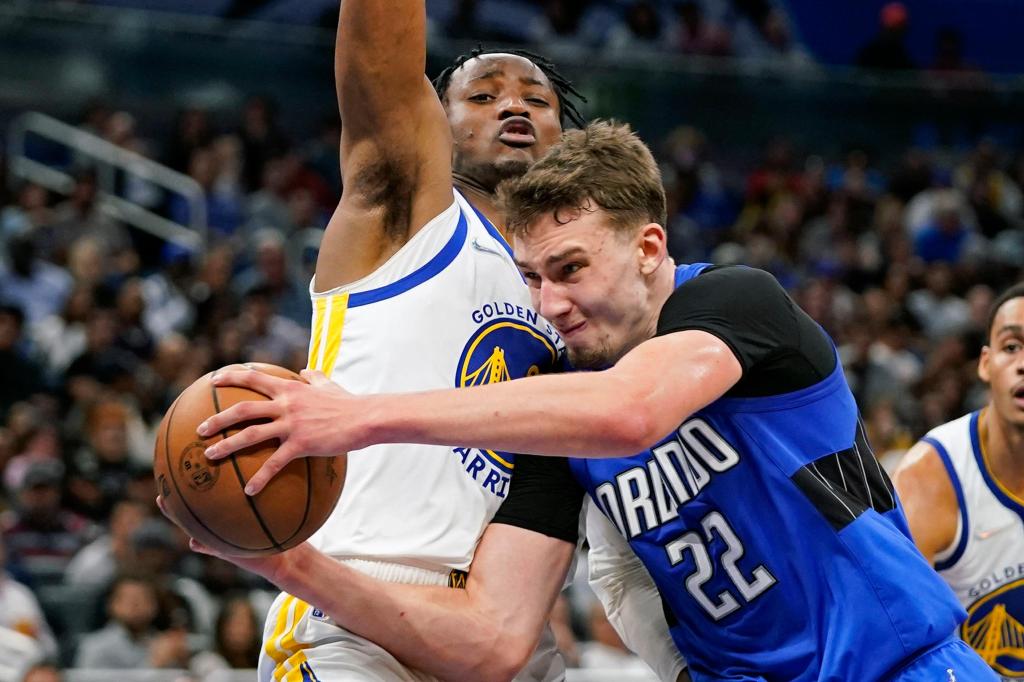 The Orlando Magic have done a great job collecting young talent through the past couple drafts. These players are all very young and the Magic have made a habit of finding tall players that have flexibility with the position they can play. Franz Wagner and Paolo Banchero are both Forwards with guard ability, and bigs like Mo Bamba and Bol Bol who can shoot on the outside.

This type of flexibility introduces a lot of interesting lineups for the Magic. The main lineup we saw last year was Cole Anthony, Jalen Suggs, Franz Wagner, Mo Bamba and Wendell Carter. A traditional lineup fitted to give opportunity to their two young guards. This year’s team and especially the addition of Banchero have altered the way this team can line up.

Banchero is a 6’ 10” Forward who can handle the ball, score on all three levels and rebound amongst bigs and post up smaller players. He can potentially be a nightmare matchup. I believe utilizing him at the small forward is the best way to exploit these types of matchups. Similar to the way players like Jayson Tatum and Carmelo Anthony have masterfully taken advantage of mismatches.

Franz Wagner was able to use his size well at the small forward last year standing at 6’ 10”. However, his playmaking abilities are guard like and he was solid on defense and seemed able to guard quicker players. Due to two of the greatest focuses on the teams’ strengths, this lineup should be considered.

Jonathan Isaac is currently the highest paid player n the team but has had struggled to stay on the court in the NBA. Due to his draft selection and potential defensive greatness, he will most certainly be given time next year to prove himself. However due to current injury situation, he will be left out of the lineup. This current lineup prioritizes defense and Paolo’s usage as a playmaker is pivotal to their success.

The more the ball is in hands is less pressure off the guard position. The flexibility and matchup nightmares created by this lineup can lead to greatness on the court. The Magic have a lot of talented point guards, however with the injury struggles of Fultz, a committee at this position could lead to success. The ability for Wagner and Banchero to take care of the ball at this position is of upmost importance, however it would be a scary lineup to face. Bol Bol will certainly also receive an opportunity this year and running him with this lineup without Carter could essentially create a lineup of 4 bigs with guard skills and shot blocking ability.

Will Ty Lue Have the Most to Work With Heading Into Next Season?
Breakout Year For Lonnie Walker?