A Check-In On The USMNT Stars Playing In Europe 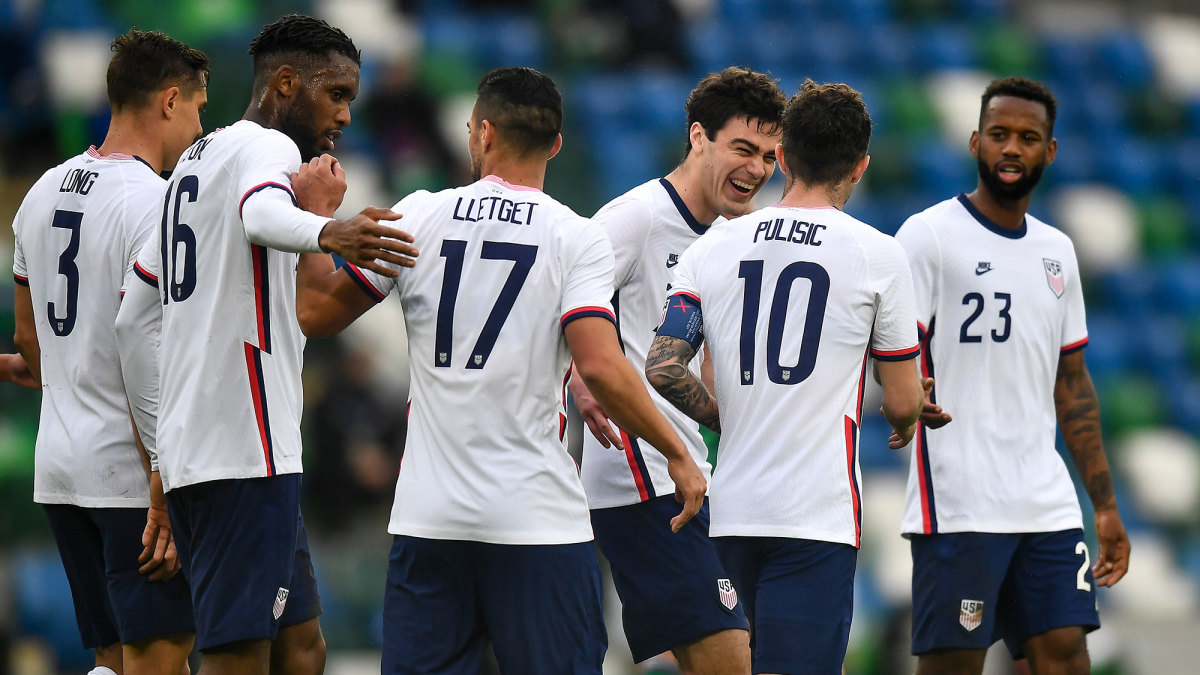 For years the United States have been a sideshow to the bigger forces in international soccer. Countries such as Brazil, France, Belgium, Spain, and Italy tend to produce the top talents in the world’s game. It seems the tides could be changing with the new generation of USMNT players. Here is a look at how the top Americans have been performing for their clubs with more friendlies on the horizon.

Nicknamed “Captain America,” Pulisic has been having a rough season at EPL side Chelsea FC. Pulisic’s senior career began in Germany with Borussia Dortmund and after enjoying a breakout season in 2016, he continued with the club until 2019 when Chelsea bought him for £58 million. His first season with the Blues ended with him nabbing 11 goals and 10 assists in all competitions.

When Frank Lampard was relieved of his managerial duties and Thomas Tuchel was hired, it seemed a perfect situation for the American. Tuchel was also his manager in Dortmund so it seemed the familiarity would help Pulisic’s case; but that hasn’t been the case. He has continued to struggle finding playing time. He is already garnering interest from other top European clubs in case his situation does not improve.

Captain America made his first USMNT appearance since October of 2019 in a friendly against Jamaica on March 25. Hopefully this will boost his confidence and help him achieve the potential everyone knows he possesses.

Weston McKinnie is one of the lucky few players that have had the chance to play with one of the greats. In McKinnie’s case, he plays alongside Cristiano Ronaldo with Serie A club, Juventus. What started as an initial loan move from Schalke 04, McKinnie and Juventus made the deal permanent earlier this month.

His youth career started in FC Dallas’ youth program and made the move to Germany in the summer of 2016. The midfielder quickly rose through the ranks of Schalke’s squad and continued to impress until his departure from the club in 2020. His form of play continued in Turin and warranted a permanent move. He has become a regular in Pirlo’s side this season.

This season has proven tough for the 22-year-old because of nagging injuries that have caused him to miss time. Recently though, he has made appearances in both legs of the Coppa Italia against Inter Milan and both legs of the Champions League against Porto. Due to his small injuries, USMNT coach, Gregg Berhalter, has decided to keep McKinnie out of the squad for the upcoming friendlies.

Like McKinnie, Sergiño Dest has the opportunity to play with one of the greats, but in this case, Dest plays at the Camp Nou with Lionel Messi.

The right-back was born in the Netherlands and eventually chose to represent the United States internationally. He started his career with Dutch side Ajax. Dest drew a lot of attention from his time with Ajax. This attention led to his transfer move to FC Barcelona for €21 million on October 1, 2020. He is contracted with the club throughout 2025 with a buyout clause listed at €400 million.

Dest has been nothing short of fantastic for the Spanish giant this season. With 22 appearances and two goals this season, he looks to be the first choice at right-back for years to come.

The 20-year-old started in the USMNT friendly against Jamaica and scored his first international goal.

Another USMNT player that has played in Germany, Giovanni Reyna currently plays for Borussia Dortmund. Reyna originally started with the New York City FC youth program. After four years in New York, Reyna made the move to Germany in 2019 and joined the Black and Yellow.

The 18-year-old has formed a fine partnership with Norweigan superstar Erling Halaand, with 39 appearances for the club. While Dortmund are having struggles domestically in the Bundesliga, they are in the quarter-finals of the Champions League and will be looking to progress past Manchester City. Reyna has been a big part of Dortmund’s midfield and should play a big part in the games against Man City.

Reyna started his international career with the United States U-15 team and has continued throughout the ranks to first team. He has three appearances and one goal for the USMNT and was a starter in their match against Jamaica.

Zack Steffen is the only goalkeeper on this list. He has big shoes to follow as goalkeeper for the USMNT following Tim Howard, but he has been doing about as well as could be expected. His early career saw him back and forth between German and American clubs, but eventually signed for Manchester City in the summer of 2019. He was loaned back to the states and then loaned to German club, Fortuna Düsseldorf.

In the summer of 2020, when Man City’s second-choice goalkeeper, Claudio Bravo’s contract expired, Steffen was called back to Manchester and moved up to the first team. Steffen has made his debut in the League Cup, Champions League, Premier League and the FA Cup this season. In his 10 games played this season, Man City has won them all and kept a clean sheet in five.

At 25-years-old, Steffen has made 19 appearances for the USMNT and captained their squad in the 4-1 win over Jamaica.

These players are just a handful of the talent that the United States has to offer to the soccer world today. It may take a couple more years but the USMNT does not look like a team to be messed around with.