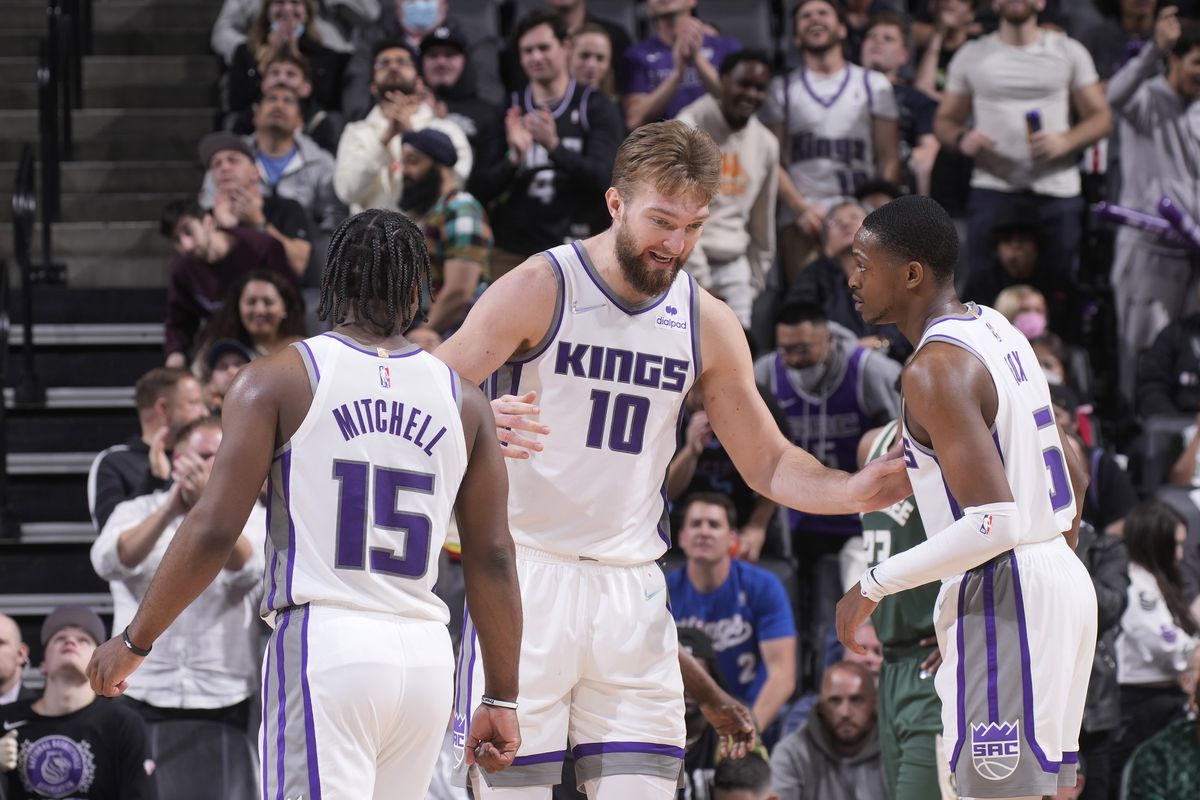 A child that was born the last time the Kings went to the playoffs would now be old enough to drive. One could be forgiven for getting a sense of déjà vu as the Sacramento Kings launch training camp this season.  Another new coach, a newer arena and a new cast of players to learn – business as usual for the Kings, yet this time around there is a feeling of optimism in the air.

Sac-Town shook up the team’s core with the trades of Tyrese Haliburton and Buddy Hield to the Indiana Pacers for forward Domantas Sabonis.

The dramatic restructure was imperative for the Kings. Finishing 30-52, this team needed a foundation shake-up.

Power forward Chimezie Metu had a breakout season in 2021, earning 8.9 points and 3.6 rebounds with a 45.2 field goal percentage. Metu believes it’s going to take a “collective effort” to get the Kings to the playoffs.

“I think it’s going to take a collective effort, not just from the players, but the organization. I think we are already taking steps to do that,” said Metu.“It’s just a matter of us going out and locking in.”

The Kings’ organization has definitely proved they are willing to show effort. However, the core team has much work to do as well. One of the greatest disappointments last season was the lack of defense with the second to last worst defensive rating last season.

New Head coach Mike Brown has a record of proving he can bring a defensive mindset to the teams he coaches. Brown did just win a championship, you know?

The best shift in Sacramento is the trust of the coaches.

In the various teams Cooks has been a part of, he cites the Kings last summer as the most impressive. Cooks says Brown and Fernández are “changing the culture” for Sacramento.

“The competition is amazing. I feel like the culture is changing, whatever it was before,” said Moneke. “It feels very positive. It’s exciting. We feel like something special is going to happen with this group.”

With all of the change, expectations have risen. Sacramento’s number one goal is to be a playoff contender. The continuation of a defensive mindset and consistency can ensure the Kings a playoff run.