A Plea for More De’Anthony Melton 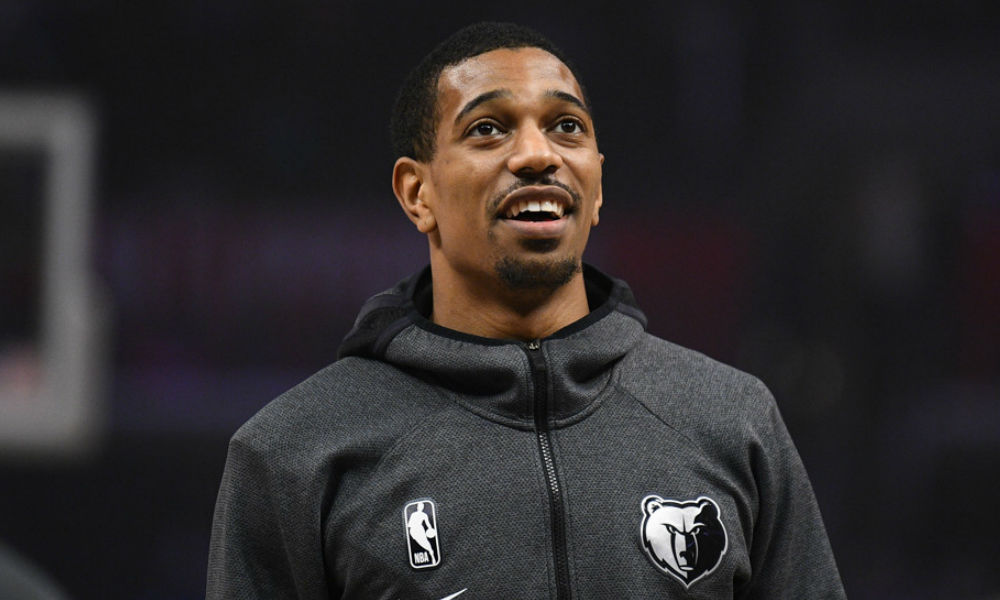 For all the sweeping changes that have arrested the NBA, it’s fascinating to consider the rigidity of teams’ doctrines. The Process. Seven Seconds or Less. The Triangle Offense. All of these strategies had their fair share of success, but the coaches and executives that instilled those mantras did so with little flexibility, prioritizing finding the optimal players for their system rather than optimizing their system for the roster at hand. Lest you forget, Phil Jackson’s Knicks (via Derek Fisher) were still running the triangle into the mid 2010’s despite a similar collection of players finishing 54-28 just two years prior in an isolation-heavy offense. If you become a coach of habit, the NBA machine can devour you.

While I’m not worried that Taylor Jenkins is falling into the trap of rigidity when it comes to his schemes, I would implore him to begin experimenting with the structure of his rotations. More or less from day one, the second-year coach has stuck to ten-man rotations, only calling in a ringer or two when a game’s goose was cooked. However, as the team’s present day roster begins to fill out with Justise Winslow and Jaren Jackson Jr on the mend from injuries, this philosophy pushes more and more valuable into the team’s periphery. It’s time to let the Memphis Grizzlies’ depth shine.

There is no better example of the downside of ten-man rotations than De’Anthony Melton, the team’s de facto eleventh man. As it stands now, the third-year shooting guard is the odd man out of the rotation, even though the team has entrusted him with a spot in the starting lineup earlier in the season. Being an unabashed Meltaholic, I shan’t stand for this. This article is my last stand. Hear my cry, o Grit and Grind gods, and bestow an eleven-man rotation upon your team so that we may bask in the glory of Mr. Do-Something.

While the Grizzlies’ other shooting guards both exhibit specific skills at a premium, Melton provides the roster’s best middle ground between the shooting of Grayson Allen and the toughness of Dillon Brooks. Shooting 40% on spot-up triples, Melton’s still an adequate threat from the perimeter, but he doesn’t let that siphon any gravitas from his all-around performance. Melt’s outing against the Los Angeles Clippers was a fantastic example of his stat-sheet-packing style. Facing off against one of the league’s best perimeter defensive units, Melton put up 16 points on 12 shots, including a pair of made threes, three boards, a pair of assists, and a block.

On a team that prides themselves on effortful play, it’s a shocker that the 22 year old hasn’t been afforded more minutes. He leads the team in nearly every hustle category on a per minute basis: deflections, loose balls recovered, and shots contested. Melton also leads the team in blocks per 36 minutes–in fact, he’s fourth among the entire pool of NBA guards who’ve played over 100 minutes this season. Don’t think his hustle is limited to the paint, either. Melton’s opponents shoot 36.4% from three, a team-low among all Grizzlies in the rotation (sorry, Sean McDermott!). As an embodiment of the team’s energetic style, one would think his cojones would earn him a consistent spot on the court.

However, painting Melton as an unskilled grinder is a surefire misnomer. For one, he’s clearly the roster’s best playmaker at shooting guard, having played a fair amount of point guard over his career. De’Anthony ranks first among Memphis’ non-point guards in both assists per 36 minutes and assist percentage, crucially opening up room for the squad’s primary playmakers to make noise off the ball. Don’t sleep on Melton’s subtle efficiency, either. The 22 year old’s 45% clip from the field is more than five percent better than either of Memphis’ shooting guard alternatives, mainly due to his insane 63.9% field goal percentage in the restricted area. His finishing ability also makes him a lethal weapon in transition, where Melton makes an impressive 58.6% of his shot attempts.

If none of that was enough, I implore you to act like you were responsible for the Grizzlies’ checkbooks. The team just poured over 35 million dollars into Melton’s four year contract extension. Why let such an investment go to waste by withholding opportunities for De’Anthony to build rapport alongside the rest of Memphis’ young core? At only 22, there’s still ample time to mold the young gun into the Grizzlies’ starting shooting guard of the future, but those aspirations will only materialize with consistent minutes. As it stands now, his status as the odd man out of the rotation simply isn’t doing his potential.

Thus far I’ve brought up a problem without proposing a solution. Let’s fix that.  There’s no reason to push anyone out of Memphis’ rotation, so in order to utilize Melton regularly, we’re going to have to play an 11-man roster, with Desmond Bane, Xavier Tillman, Tyus Jones, Brandon Clarke, Justise Winslow, and Melton all getting some run off the bench.

From there, split Melt’s minutes up via position. Want to give Tyus Jones a rest? The lineup of Melton/Allen/Bane/Kyle Anderson/Tillman has worked out nicely so far, finishing with a differential of +18.5 per 100 possessions. Need some extra playmaking on the floor? The lineup of Jones/Melton/Brooks/Clarke/Gorgui Dieng has performed even better, with the ideal bench combo of spacing and playmaking. You can’t lose.

One final thing to keep in mind in Melton’s case–the Grizzlies need his fresh legs. I know I’ve been a broken record about this, but their second half schedule is absolutely brutal, putting the team through 40 games in 68 days. With multiple players recovering from injury, and others putting their bodies on the line, Memphis needs to be cautious with the team’s minutes if they want to be in tip-top shape for a playoff run. With a player like Melton who can step in and provide solid minutes across positions, I can’t think of a better option to give the team some much needed relief. Given that the Grizzlies’ eyes are set firmly on the playoff prize, don’t be surprised if Melton ends up their secret weapon as they push towards the postseason.