A Possible Duo of James Harden And Joel Embiid 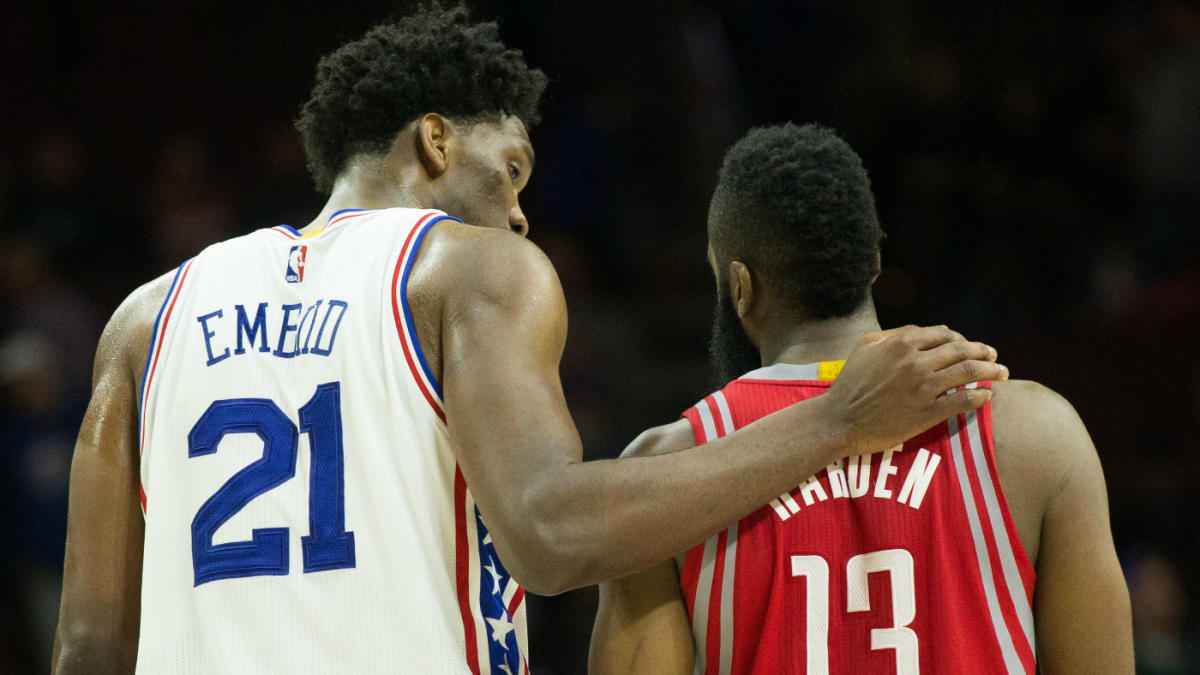 The Philadelphia 76ers hired former Houston Rockets General Manager Daryl Morey as their President of Operations. Since then, there have been rumors of him acquiring James Harden.

What would a duo of James Harden and Joel Embiied look like? The consice package deal would include Ben Simmons multiple pieces.

To begin with, you have an elite perimeter threat. Harden is can score at any level and has the ability to get his shot off at any moment. Not to mention that he also understands how to get others involved with his playmaking.

Harden alone is a threat that needs the focus of all five defenders. One-on-one coverage will always go Harden’s way. Due to his craftiness, he is able to swivel through the paint with ease, as well as getting contact on the way there.

Now imagine adding another elite talent that is able to work in the post. There can be a comparison to a mini version of Kobe Bryant and Shaquille O’Neal if these two were to pair up.

Harden is one of the best perimeter players to ever play the game. He can take the defender off the dribble, shoot the three exceptionally, drive to the lane, and create separation with the greatest of ease. Harden’s only fault is that he has consistently fallen short in his playoff runs, at times not showing up during big time games when he is called upon the most.

On the other hand, there is Joel Embiid. Embiid has all the tools and physical make up to be one of the best bigs in NBA history. He is an immovable force who is able to dominate anyone down in the post. Not to mention he is able to step out for threes here and there. It has been proven that Joel can dominate any big in the league right now. However, his only problem is that he is injury prone and does lack a killer instinct at times.

What Each Would Bring To Each Other

James has never had a big like Embiid. If you want to put Dwight Howard up there, I would tell you that Howard never had the offensive game of Joel Embiid. Dwight’s role during his Rockets tenure was to be a glass cleaning big who recieved a majority of his points through lobs and put backs.

Harden is already an offensive juggernaut by himself, but linking him with another one in Embiid would do wonders for both players. Both players force double teams whether it be on the perimeter with Harden or in the post with Embiid.

Just as Harden, Embiid has never had a guard like Harden. Ben Simmons is an exceptional playmaker in his own right, but lacks an offensive game. Not taking away anything from Simmons but he is strictly a transition player. In a half court offense he is not effective unless the ball is in his hands. He can’t shoot from the perimeter to begin with. Usually defender give him space to shoot just as they do with Giannis Antetokounpo. It is much easier to key on Embiid in this manner for a simple reason. The fact that teams will take chances with Simmons shooting instead of allowing a post up with Embiid.

How They Would Pair Up

The pick and roll game between these two would be chaotic for defenders. Maybe on the same level as LeBron James and Anthony Davis. If both defenders were to come up and trap Harden on the perimeter, Embiid would be open on the roll, or a shooter would be open due to help defense on the roll. If both defenders go under and follow Embiid, James can shoot from perimeter with ease. Also factor in Embiid’s three point shooting, they can run a pick and pop at any moment.

However with these rumors being spread about this possible trade, it’s highly unlikely it gets done. But imagining these two playing side by side would be fun to watch. Not to mention if they were to pair up together in the Eastern Conference.