A Rough Week For Team USA, But No Need To Panic Just Yet 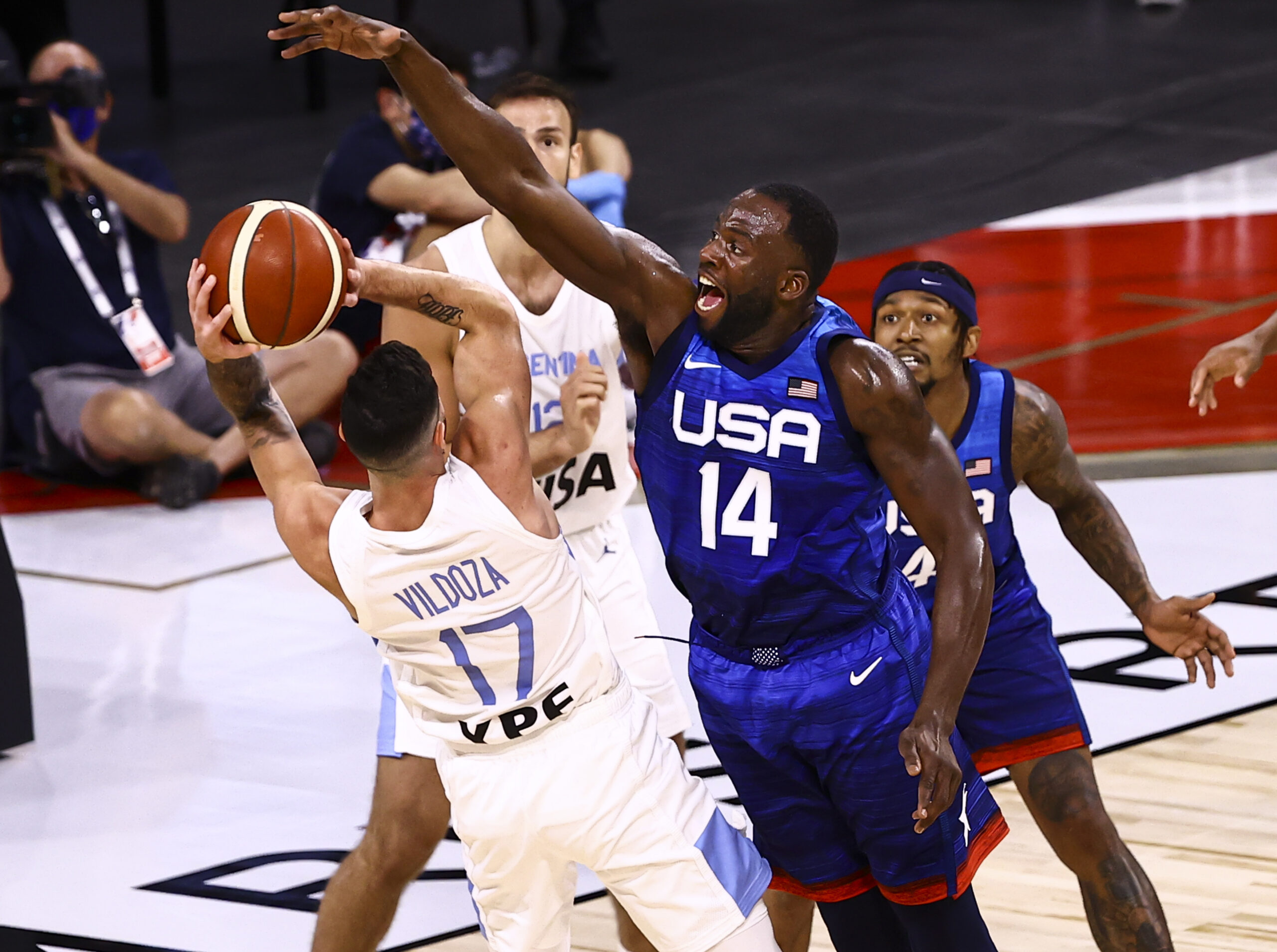 It was a shocking week for basketball fans all around the globe, as the United States, the favorites to bring home the gold in this year’s Olympics, went 1-2 in exhibition play this week in Las Vegas. What many viewed as an exciting opportunity to watch stars such as Kevin Durant, Damian Lillard, and Jayson Tatum team up for the first time against opponents with little to non-NBA talent quickly turned to concern for some as Team USA fell to Nigeria and Australia in back-to-back games this week.

Team USA entered Saturday night as 29.5 point favorites against Nigeria, but Gabe Vincent and Precious Achiuwa of the Miami Heat had other plans as they and the rest of the Nigerian team caught fire and pulled off the upset. Fans were shocked, and for a good reason. The last time these two countries met, it resulted in a 156-73 victory in favor of Team USA. Although there was a lot of concern from fans, the team seemed pretty calm and not concerned following the loss. Head Coach Gregg Popovich even stated in a post-game interview that he was “kind of glad it happened.”

Many thought that the loss to Nigeria would fuel Team USA even more in their next matchup against Australia, which consisted of NBA players like Patty Mills, Aron Baynes, Joe Ingles, Matisse Thybulle, Josh Green, and Matthew Delladova. Team USA entered the matchup as 17.5 point favorites and even coming off a loss, all the momentum on their side. But this performance was arguably worse than their previous one against Nigeria as Team USA once again fell with a final score of  91-83. It was a fantastic performance from Australia, as both Ingles and Mills caught fire on offense, and Thybulle, as expected, was a problem on the defensive side for Team USA. This is the third time that Team USA has lost back-to-back games since 1992.

With their backs against the wall, however, Team USA finally came alive in their matchup Tuesday night against Argentina as they picked up a 108-80 victory. It seemed like a completely different team on the court, as the offense was moving a lot more smoothly, and there was a more dynamic presence that they presented on the defensive side. To sum it up, Team USA just looked comfortable out there, something that’s been missing from this star-studded cast in their previous matchups. Now even though Argentina didn’t have as much talent or as many NBA players as Australia and Nigeria did, it’s still good seeing Team USA finally look comfortable and take control over a team in international play after their rough start in exhibition play and their ugly 7th place finish in the 2019 Fiba World Cup.

Now even though the 1-2 record is the opposite of what Team USA wanted to see this week, it’s not the end of the world. At the end of the day, these games were still just exhibition matchups, and they were just an opportunity for these four countries to get some on-court action before they head off to Tokyo. To make matters even better for Team USA, help is still on the way as they are still waiting on Devin Booker, Jrue Holiday, and Khris Middleton to join the team once the NBA Finals between the Phoenix Suns and Milwaukee Bucks have concluded. With the entire team not being together yet and the short time they’ve had to develop chemistry, I think it’s very safe to say that we’ll see a totally different version of Team USA later this month when the 2020 Tokyo games officially kick-off.

Baseball in July: Looking for 42
What the Suns have to Do in Game Five