A Season Of No-Hitters And Dominant Pitching 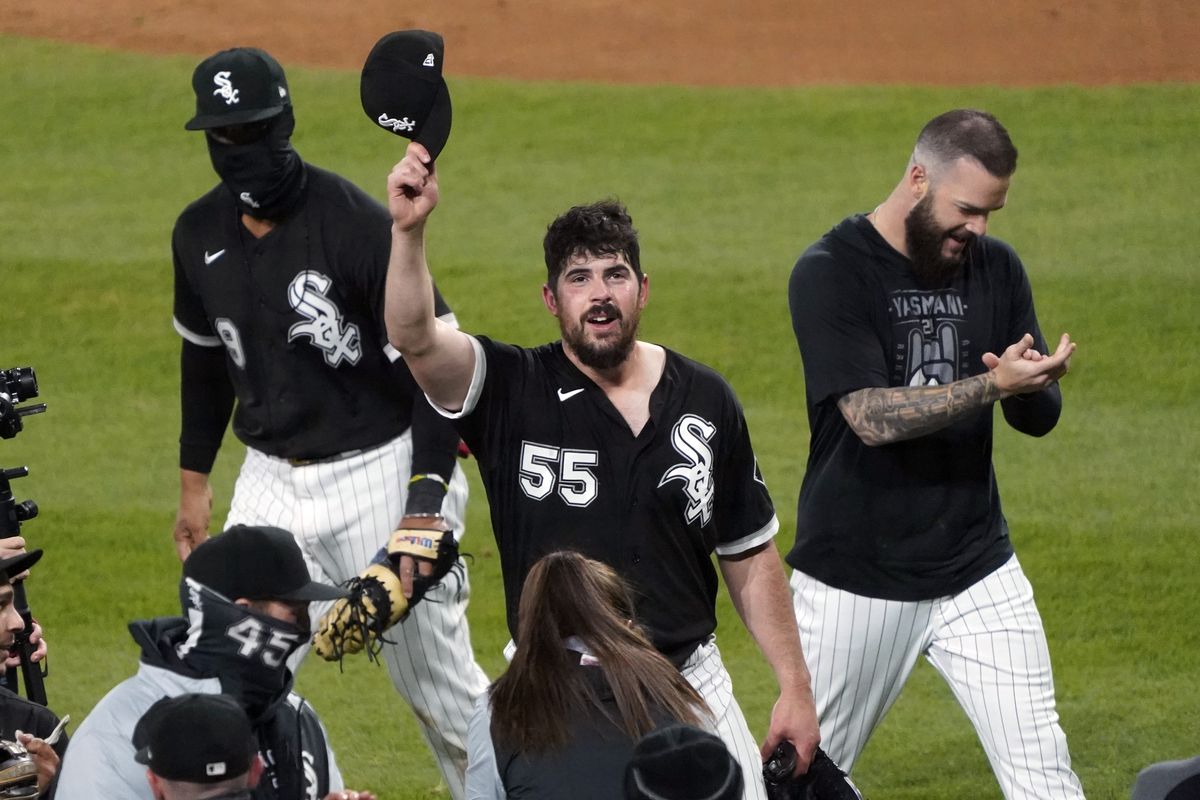 No-hitters are a rare accomplishment is baseball. Today, we break down the two no-hitters thrown this month, as well as MLB moving back the mound.

In Major League Baseball no-hitters are rare accomplishments, only achieved by the best pitchers. To this date, in the entire history of the sport there have been 307 total. Considering the MLB has been around since 1869, that is a very small number comparatively. The league is averaging around two no-hitters a season, but two have been thrown already, only a month in. Today Back Sports Page will be taking a deeper look into these occurrences, as well as why no-hitters are becoming more prevalent in baseball.

This season’s first no-no was thrown by Joe Musgrove, a pitcher for the San Diego Padres. Musgrove is the first pitcher in Padres’ history to ever throw a no-hitter, making this game even more unique. He would’ve have thrown a perfect game, if it wasn’t for Joey Gallo taking a cutter in the knee during the fourth inning. Musgrove threw a total of 112 pitches, not throwing a single fastball during his last three innings on the bump. His slider dominated hitters, and he relied on this pitch to help him finish his outing strong.

Since tossing his no-hitter, Musgrove donated a hat and ball to the Baseball Hall Of Fame. In his honor, they are also painting a mural. Many athletes would let this attention go to their head’s, but not Musgrove. He made some comments shortly after his outing about staying focused.

“Coming off the start that I just had, it’s really easy to ride that high for too long,” Musgrove said. “Your season can take a quick turn downhill. That was a really cool moment. It’s definitely worth taking some time to celebrate and enjoy. But I’m trying to move past that now and get ready for this next start.”

It’ll be interesting to see how Musgrove follows this historical feat. His career ERA is a mediocre 4.19, with a record of 31-39. Even though this is not impressive in the slightest, his outing showed one of two things. He either one caught a few lucky breaks and had a once in a lifetime moment, or things finally clicked for this pitcher and he’s only getting started. As fans, it will be exciting to see how Joe Musgrove moves forward.

The second no-hitter of the season

Carlos Rodon is the second pitcher to throw a no-hitter this season, doing so shortly after Musgrove’s. Rodon has one of those stories that makes in impossible to root against him. In May of 2019, he received Tommy John Surgery. Everyone knows this is one of those fatal surgeries that has the potential to destroy a pitchers’ career. It seemed as though Rodon was following the same path, coming back in 2020 with an embarrassing ERA of 8.22.

Rodon performed so poorly that the Chicago White Sox had no other choice but to cut him. All hope seemed lost, as he sat as a free agent, hoping his career wasn’t reaching an unfortunate end. Fortunately for Carlos Rodon, the White Sox decided to give him another chance and picked him up February 1st.

It’s obvious Rodon has overcome many obstacles, making this no-hitter even more memorable. It was a phenomenal pitching performance, and was almost a perfect game. Unfortunately, the perfect game was ruined by a pitch that just tagged Roberto Perez in the foot. Rodon threw 8.1 perfect innings, and that hit by pitch was the only hiccup in his performance. He made a comment about this pitch during a post-game interview.

“I threw it, and it just took off like one of those snakes. I go, Oh there goes the toe ball.” Rodon exclaimed.

Rodon is definitely off to a great start. With an ERA of 0.00 he is 2-0, with 14 innings pitched and 16 strikeouts. There is nothing more exciting then a comeback story, so it will be interesting to see how he performs this season.

Major League Baseball is partnered with the Atlantic League, where the majority of rule changes first undergo testing. It was recently announced that this season the Atlantic League will be moving back the pitchers’ mound 12 inches. They will also test a “double hook” rule, which results in the loss of the designated hitter when a manager takes his starter out. Are these no-hitters, along with modern pitchers becoming dominant, tied into the push for this experiment?

Pitchers dominate modern baseball. With new technology allowing the study of spin-rate and biomechanics, velocity and movement is at a point we have never seen before. Last season, 36 percent of all at-bats ended in a strikeout. The MLB is worried this makes the game “boring” and wants the ball in play more. This raises concerns for many players and coaches around the league.

Increased pitching distance can have many negative effects on the sport of baseball. One, there is nowhere near enough research done showing the effect on pitchers’ arms. How much extra stress will curveballs and sliders out on the UCL? How much extra energy and effort will throwing from a further distance take?

On top of that, you have to think about the likely increase in walks. Pitchers have been used to the same distance since high school. There is no telling what a baseball will do given an extra 12 inches to move. If this rule change was implemented, Major League Baseball would be nothing more than a glorified BlitzBall league. If you don’t understand that reference, I suggest you look up BlitzBall for a laugh.

Joe Musgrove and Carlos Rodon have both made history this season. Both men pitched masterpieces, and deserve the utmost respect. With two no-hitters this early in the season, it will be interesting to see how the rest of the year plays out. Will the MLB move back the pitchers’ mound due to the dominance pitchers are showing? Let us know what you think in the comments below!

The Padres Are Still the Little Brothers
The Man to Man Podcast Episode XXIII: Mock Draft With Special Guest Ryan!