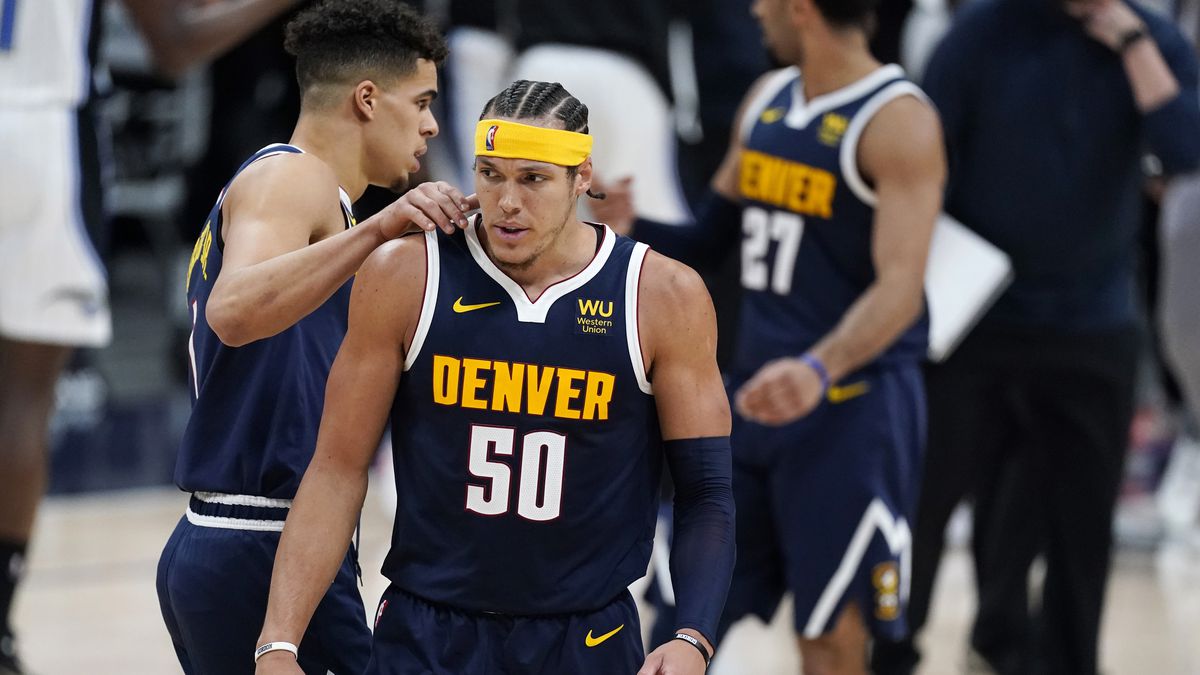 Prior to the deal, Gordon, 25, had made it known that he wanted out of Orlando due to a number of frustrations with the team.

With All-Stars Victor Oladipo and Nikola Vucevic being dealt at the deadline, the Gordon trade may have flown under the radar. Gordon joining forces with Jamal Murray and MVP frontrunner Nikola Jokic could be the most important deal of the year.

A Perfect Fit in Denver

Since Gordon arrived in the Mile High City, the Nuggets are 4-0 with impressive wins against the Philadelphia 76ers and the Los Angeles Clippers. He is averaging 14.3 ppg. on 64% shooting, up from his 44% shooting while in Orlando. In Denver, Gordon isn’t asked to do as much because they have superstar players like Jokic and Murray.

The connection between Jokic and Gordon will continue to grow and continue to become more of a focal point in Denver’s offense. “He’s a big target,” said Jokic. “He’s like Mike (Porter Jr.) It’s good to have two guys like that.”

The Nuggets offense heavily runs through Jokic at the top of the key, surveying the court with players diving to the hoop. This style of play does not mesh with that of a 36-year-old Paul Milsap. Enter Aaron Gordon. Gordon slots straight into the power forward position and fits perfectly because he plays like a slasher.

“[Jokic] is gonna pick you apart,” said Ty Lue after losing to the Nuggets. “This team leads the league in cutting and scoring off the cuts, and when Jokic is on the floor he demands so much attention.”

Gordon going to Denver was a low-key move at the trade deadline, but it could prove to be the smartest acquisition this season. Look for the Jokic/Gordon connection to flourish in the next couple weeks and into the postseason.

With Hayward Out Who Will Step Up?
The Subtle Implications of the Grizzlies’ New Offense