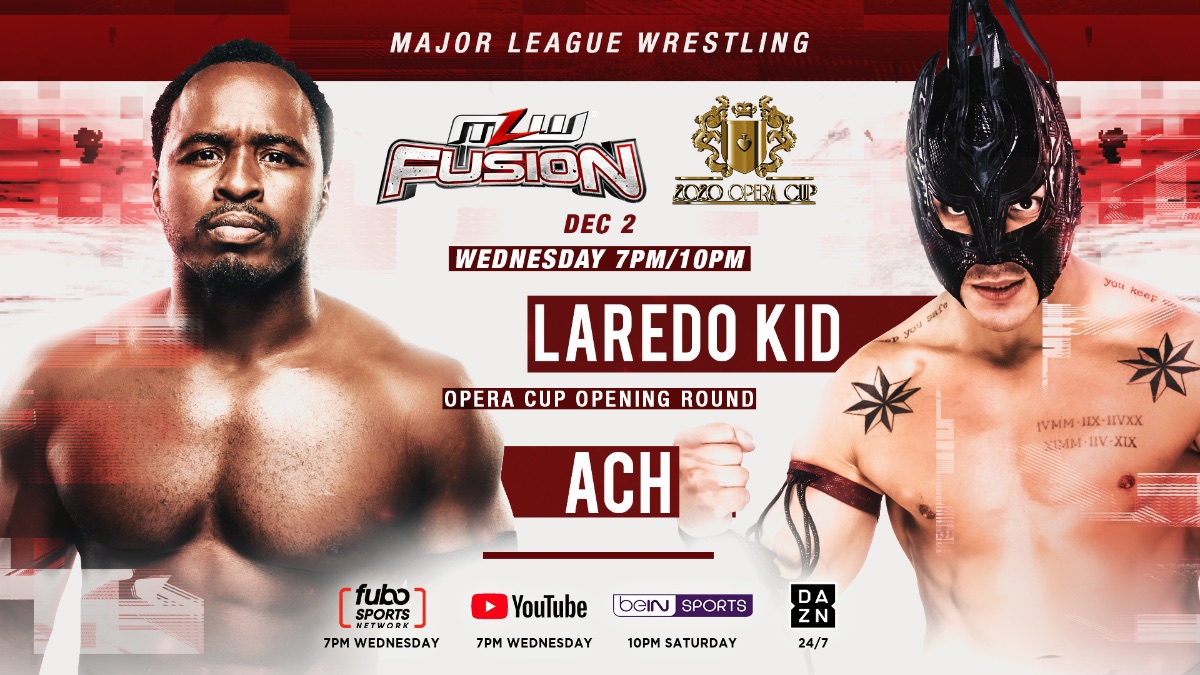 “When we touted The Restart, we promised big inter-promotional bouts, and this is definitely one of them,” said MLW CEO Court Bauer. “This opening round fight could be not just fight of the night but fight of the entire tournament! I want to also thank AAA and Dorian Roldan for making sending a representative to participate in the Opera Cup.”

Featuring 4 opening round bouts, the league has teamed up with international organizations to bring the best wrestlers from around the world to compete in the 2020 Opera Cup.

The winner of this bout will advance to the semi-finals where he will fight Tom Lawlor, who defeated New Japan Pro-Wrestling’s Rocky Romero to move on in the tournament (watch match for FREE).

Held annually for nearly 50 years at various turn-of-the-century opera house locations from New York City to Boston, the Professional Wrestling Opera House Cup was a grueling multi-day tournament. In 2019 it was revived with MLW now the home and host for future Opera Cup tournaments.

Could Mexico’s Laredo Kid or ACH be the next to be immortalized by having their name added along the likes of Muldoon, Hart and Hackenschmidt?

MLW invites you to join us as we celebrate the sport’s oldest tournament as it returns this Wednesday on MLW FUSION at 7pm ET on YouTube, Fubo Sports and Pluto TV.

Fans can also watch nationwide on cable and dish via beIN SPORTS on Saturday nights at 10pm ET and on demand anytime, anywhere on