Adoree’ Jackson And James Bradberry Are A Perfect Match 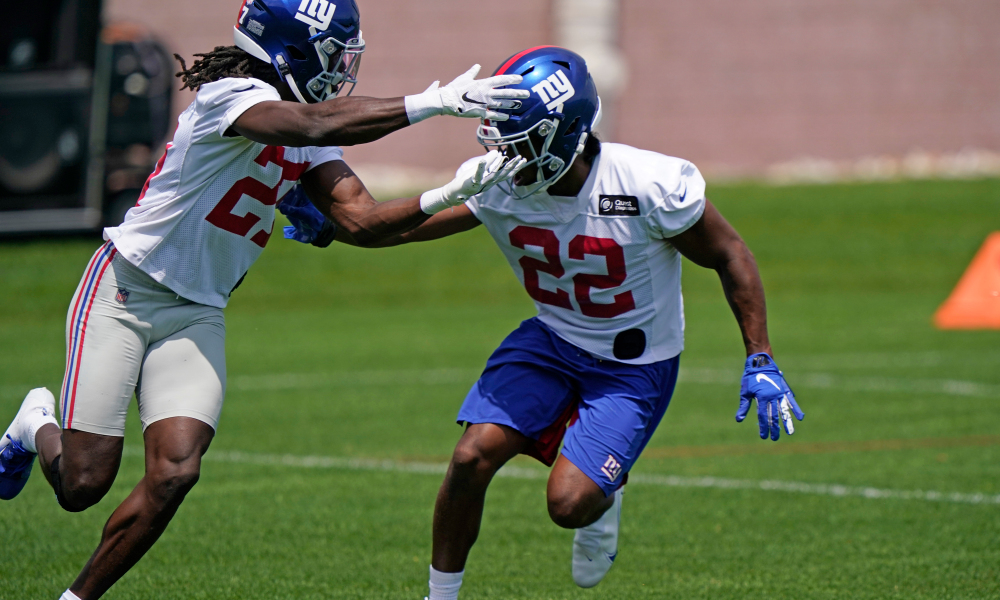 The Giants signed Adoree’ Jackson to a 3 year, 39 million dollar deal this past off season. He was brought into a secondary that already includes the talent of James Bradberry, Logan Ryan, and Jabrill Peppers.

Adoree’ spent his first four seasons in the NFL with the Titans. The former 18th overall pick from USC didn’t impact the game as much as people thought he would. His last season with the Titans he played in only a few games before suffering a season ending injury.

Adoree’ on how he feels physically this year, “Oh, my mindset and everything changed from the injury of last year and being able to hone in on myself. Not renew my faith, but keep my faith strong and make it stronger. I think that was a big thing for me to be able to come out here no matter what’s going on. You may be sore, you may be tired, but at one point I wasn’t sore and tired, I was just out. So, it’s just a blessing to wake up every day, so that’s my mindset every day. When I wake up, I just thank the Lord for letting me be alive.”

He now joins the Giants looking for a fresh start alongside pro bowler James Bradberry.

“Man, Bradberry is a cool dude. Like, not just as a football person, but as a genuine person, just being able to talk to him, share experiences, bounce ideas off each other. At the end of the day, I’m always asking him questions trying to learn from him. He plays at a high level still and it’s just amazing being around such a great guy.”

Bradberry is coming off a great first season with the team. He had 3 interceptions, 44 solo tackles and two forced fumbles. Entering his sixth season in the league, Bradberry has become one of the top man to man corners in the NFL.

Adoree’ understands that their skill sets are different, but he embraces it.

“That’s the thing, we’re just different. I mean, but just competitors, that’s the one thing I can say. We pride ourselves on that long-distance competing day in and day out. Now we’re on the same team, so it’s like, damn. See him and it’s like, ‘Oh, we’re finally going to compete’ or vice-versa. They see us making plays and they’re trying to compete, so I like the room with me and Bradberry and just trying to compete and make each other better, and that’s what we’re trying to do.”