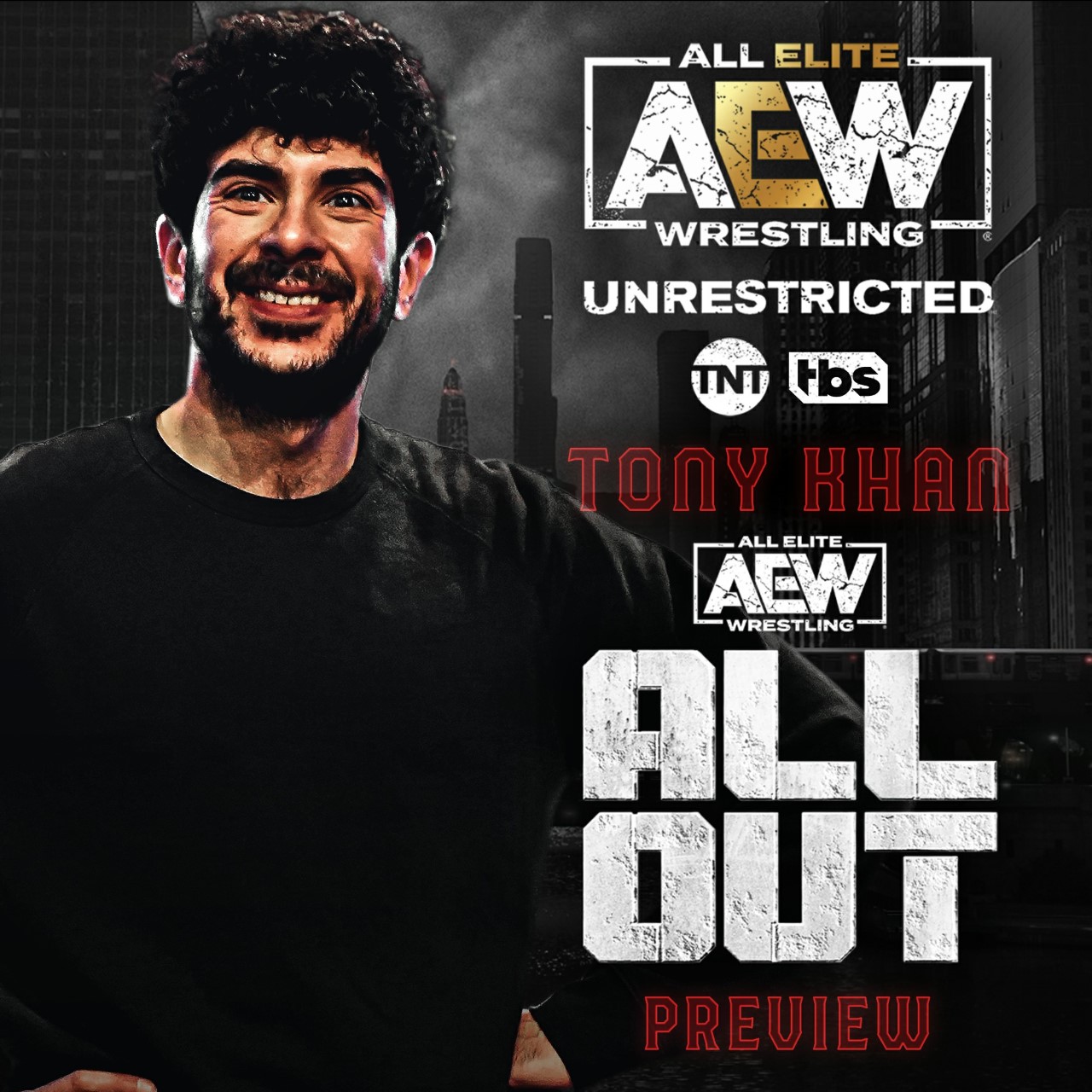 Hello – We’re happy to share the exclusive interview with AEW CEO, GM and Head of Creative Tony Khan on AEW’s Unrestricted Podcast. Please see the synopsis and link below.

ALL OUT is live from the Now Arena in Chicago this Sunday, September 4, and AEW CEO, GM and Head of Creative Tony Khan returns to break down the red hot card with Ref Aubrey and Tony Schiavone.  We have Jon Moxley and CM Punk in an AEW World Championship match; Toni Storm, Dr. Britt Baker, D.M.D., Jamie Hayter and Hikaru Shida fighting for the AEW Interim Women’s World Championship; Jade Cargill defending the TBS Championship against Athena; The Acclaimed challenging Swerve In Our Glory for the AEW World Tag Team Championship; the crowning of the first-ever Trios Champions; and a dream match featuring “Lionheart” Chris Jericho and “The American Dragon” Bryan Danielson! There’s also a grudge match a year in the making between Jungle Boy and Christian Cage, a showdown between Ricky Starks and Powerhouse Hobbs, and a history-making match for Sting! Plus, Tony reveals the stacked matchups for Zero Hour and explains how you can watch ALL OUT in a movie theater near you!

On Jon Moxley and CM Punk at ALL OUT:

“There’s so much at stake on Sunday up and down the great card at ALL OUT, but there’s no match in all of pro wrestling with more at stake than the Undisputed World Championship Jon Moxley vs. CM Punk on Sunday at ALL OUT.”

On Chris Jericho vs. Bryan Danielson at ALL OUT:

“This company was largely built around Chris Jericho, the first AEW World Champion ever, Le Champion, and he’s better now today than he was at the start of AEW.”