Dawg Pound Report: After A Great Season Comes to An End, Where Do the Browns Go From Here? 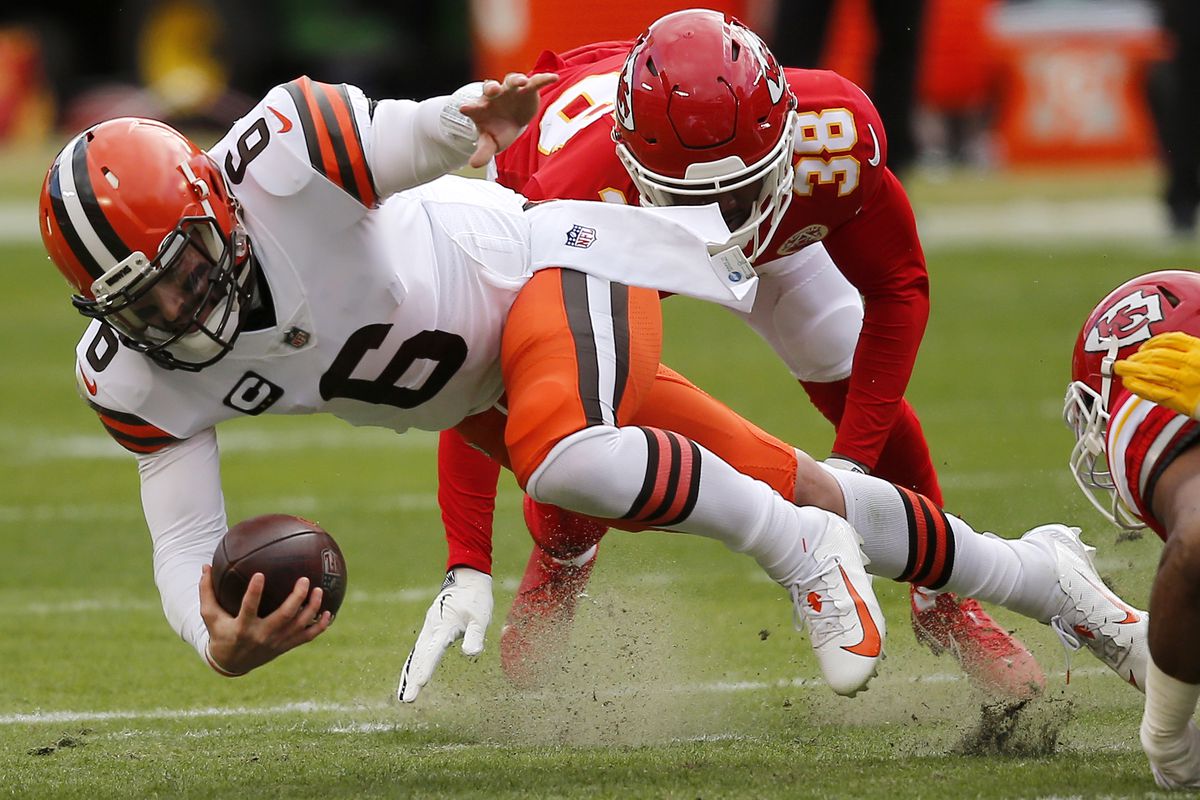 After taking a day to let my emotions settle down, it’s finally time to talk about the Browns heart-breaking loss to the Kansas City Chiefs on Sunday afternoon. Plain and simple the Browns should have won that game. Obviously many will point to the fumble out of the end zone as one of the main reasons the Browns lost, and while that is true, the Browns also shot themselves in the foot multiple times.

I have nothing but love for Kevin Stefanski, and I think he deserves to be the NFL Coach of the Year. However, Sunday’s game was not his best, and he even admitted it in his post-game press conference.

““All those decisions, that’s on me,” Stefanski told reporters. “I should have been better there. There’s a cost to those when you do lose those, because you’re losing a timeout, so that’s on me.” (Fansided)

The early time-out in the second half because they couldn’t get the play in really set off some dominoes that led to the Browns demise. After the time-out, later in the game Stefanski threw the red challenge flag after Chiefs receiver Tyreek Hill caught a pass. It was clearly a catch, the ball never even skimmed the grass. However, after that decision, the Browns had only one time out left in the game, and that is a big problem in a close game on the road, especially in the playoffs.

Finally the straw that broke the camel’s back was the decision to punt on their own 32 with 4:19 left in the game. I understand Stefanski’s reasoning there, if that was Patrick Mahomes, the Browns go for that, but with Chad Henne leading the Chiefs he thought the Browns defense, which was well below average for most of the year, could get a quick three and out, to give the Browns a chance to win the game in the final minutes. However, it was not the case as Andy Reid chose to go for it on 4th and 1, on his own 48 yard-line, with 1:14 left in the game, and of course the Chiefs converted. Those decisions will probably haunt the Browns offensive players for weeks, as they never even got to try and go for the win.

The other play that will be talked about for weeks to come is the Rashard Higgins fumble through the end zone, after Chiefs safety Daniel Sorenson led with the crown of his helmet to knock the ball loose. Sorenson clearly led with his helmet, but the only call that was made was the touch back and change of possession. Also, yes the fumble through the end zone touch back rule is by far the worst in any sport. However, the Chiefs gained possession and kicked a field goal to add to their lead going into half-time.

“Honestly, I didn’t see the replay,” Stefanski said. “I was told about it but I’ll let the league handle those types of things.” (Fansided)

Stefanski clearly chose to take the high road, and good for him. However, that missed call will go down in history as a huge miss, and it changed the entire outlook of the game. For Browns fans it’s just more of the same. “The Drive,” “The Fumble,” and now “The Touchback.”

All in all it was a great season for the Browns. They made the playoffs for the first time since 2002 and also won a playoff game for the first time since 1994. Baker Mayfield finally silenced the doubters, as he is now the unquestioned leader and franchise quarterback for the Browns going forward. However, this off-season will be an interesting one, as the Browns will have some decisions to make, and decide what to do with their $40 Million in cap space.

Well, before officially ending the Browns 2020-21 season, let’s take a look back at some of the best moments that led to a great year for this organization and its fans. As always, go Browns! Super Bowl, Super Browns!