After release from the Los Angeles Angels, is Albert Pujols’ career over?

The Los Angeles Angels released legendary first baseman Albert Pujols on Thursday. Will this mark the end of the slugger’s monumental career? 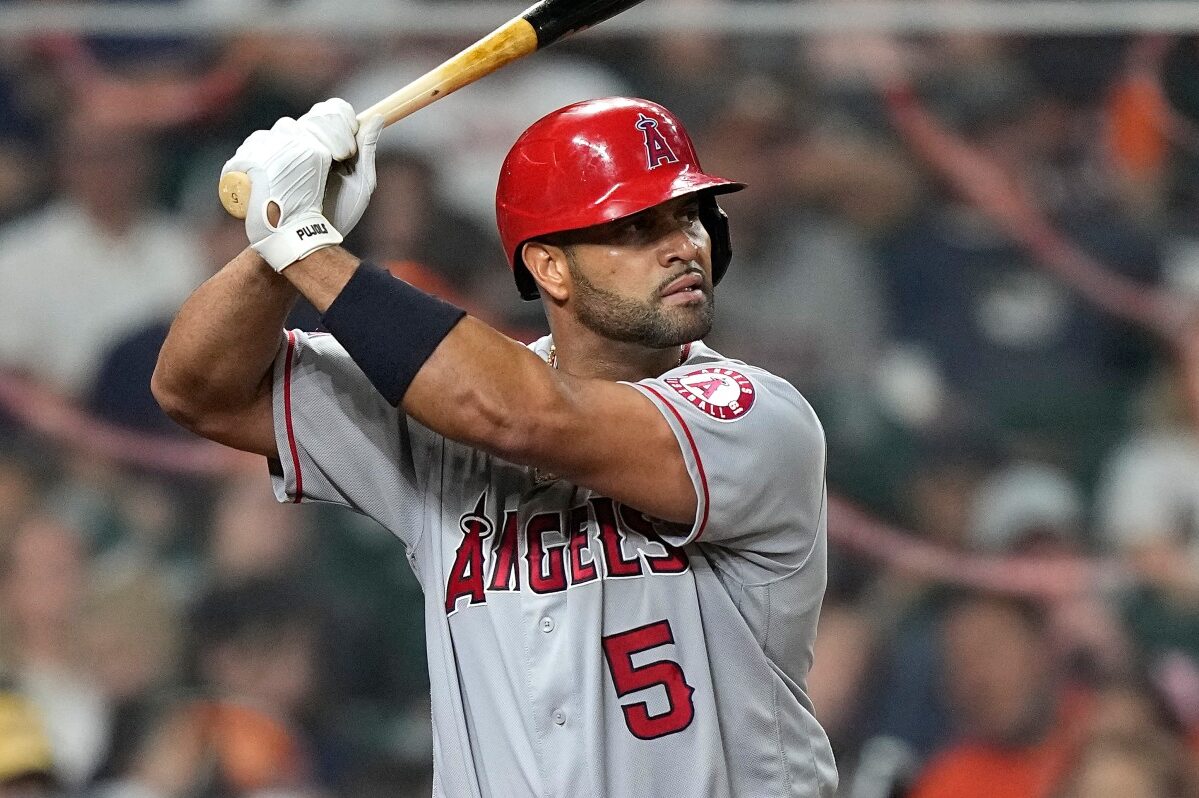 On Thursday, the Los Angeles Angels parted ways with Albert Pujols. At the age of 41, the slugging first baseman may have just sung his swan song on a legendary career.

Over the past two decades, Pujols has provided the game of baseball with one of the most iconic all-around players. Standing at fifth on the all-time home runs list with 667 long balls, combined with a career .298 batting average, 10 all star game selections, and two gold gloves at first base, Pujols is a sure first ballot hall of famer.

While a 2021 farewell tour seemed inevitable to some, there is no clear indication that Pujols is done. His production has dwindled in the past few seasons. Since 2017 he has put up below average OPS+ numbers. And he got off to a particularly slow start this season, posting a .198/.250/.372 slash line. The Angels also already have two key offensive pieces in place at first base and designated hitter. Jared Walsh and Shohei Ohtani are both having solid seasons at the plate as the team looks to get back in the American League West Division hunt.

After 11 remarkable seasons with the St. Louis Cardinals, Pujols became one of the most touted free agents in baseball history in 2011, ultimately deciding to head to Southern California to sign with the Angels. While Pujols had some productive power hitting seasons with the Angels, he was unable to fully replicate his St. Louis success. Nonetheless, the team was happy for his nine seasons of service with the club.

“The Angels Organization proudly signed Albert Pujols in 2011, and are honored that he has worn an Angels jersey for nearly half of his Hall-of-Fame Career,” said Angels owner Arte Moreno.

The question now is does Pujols have another destination to go, or is his career in the majors done? The two spots where Pujols could be utilized at this point in his career would either be as a designated hitter with an American League team in need of a power hitter, or off the bench with a National League team. In the American League, one highly anticipated team that is yet to show off their full power potential is the Chicago White Sox. This doesn’t seem like a bad landing destination for him considering the fact that he could end his career under his longtime manager in St. Louis, Tony La Russa. Then there is the New York Yankees who are always known to bring in big time veterans. As a team with several injury prone players Pujols might have a place in the Bronx.

It would be hard to picture a National League team interested in him with no DH in the NL. But a couple of Pujols’ former rival teams in the NL Central seem like the most plausible destinations. The Cincinnati Reds and Milwaukee Brewers are two competitive teams with reasons they could use him. Reds veteran first baseman Joey Votto was lost to a broken thumb Wednesday and is expected to be out for several weeks according to Mike Axisa of CBS Sports. Meanwhile the Brewers are getting little production from first basemen Keston Hiura and Daniel Vogelbach.

Through his legendary playing career and charitable work off the field with the Pujols family foundation, the world of sports looks forward to seeing where the next phase of his career brings him. Will the next phase involve more playing or retirement and meaningful work beyond the game?

The Man to Man Podcast Episode XXV: Are The Browns the Best Team Ever?
Kyrie Irving and Nets Fined $35,000 Each For Media Neglect