AL East Weekly Recap: Yankees Sliding Down After Getting Swept 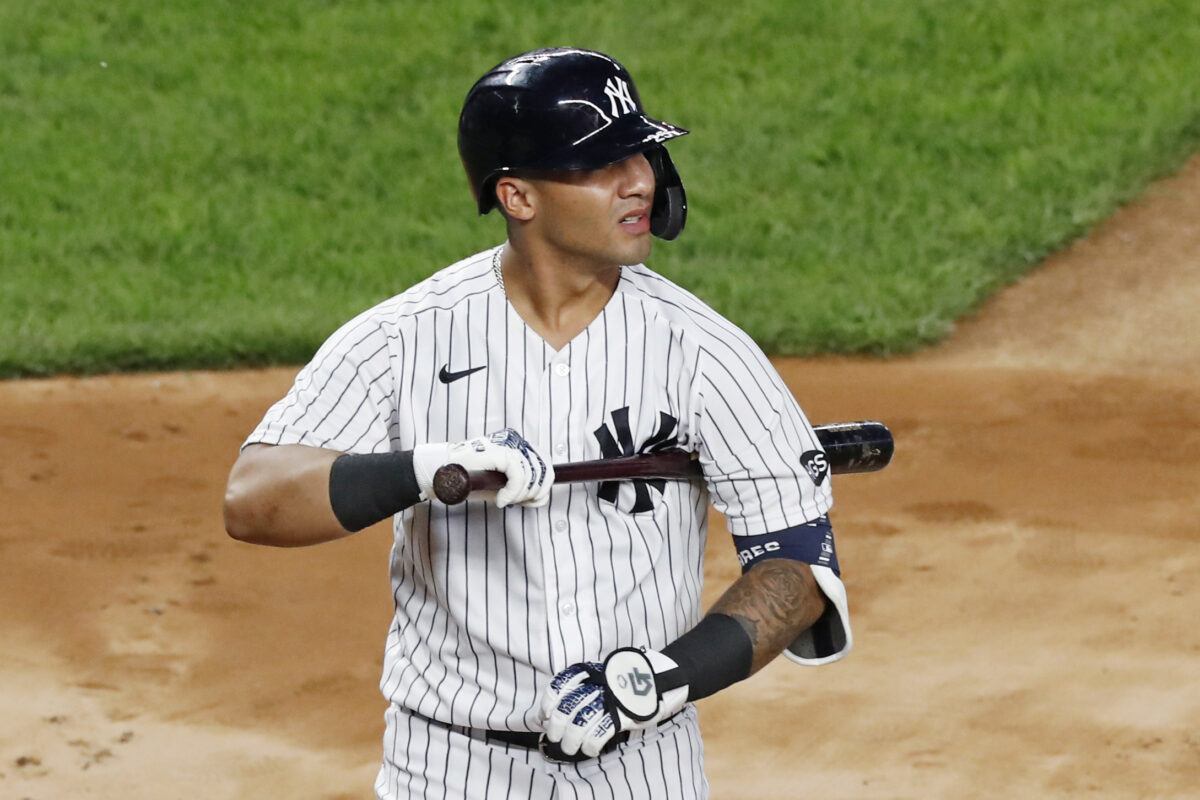 The Red Sox proved themselves to be the better team in the AL East, while the Blue Jays are getting ahead of the trade market.

The AL East is still close at the top of the division just like last week, but the Yankees are running out of time to move up the standings.

The Red Sox are finishing June strong.  After dropping a series in Tampa, the Sox have won four straight, including a decisive sweep over the rival Yankees.  The pitching and hitting have unsurprisingly both been strong, led by the role players this week.  Enrique Hernandez has been disappointing, but he hit two home runs, including one on the first pitch of the game.  Hunter Renfroe had a two home game to come back Monday against the Kansas City Royals.  Regulars Xander Bogaerts and Christian Vazquez both posted an OPS over 1.000, and catching prospect Connor Wong made his MLB debut.

Boston held down opponents with an ERA of 2.73 this week.  Garrett Richards and Martin Perez were both hit hard, but the rest of the rotation of bullpen made up for it.  Nathan Eovaldi, Eduardo Rodriguez, and Nick Pivetta each threw quality starts, while Matt Barnes and Adam Ottavino were 3/3 on save opportunities.  The ‘pen showed its depth, as Garrett Whitlock, Yacksel Rios, Hirokazu Sawamura, and Josh Taylor each pitched multiple shutout innings.  Pivetta was taken out with a no-hitter intact, but unlike the Cubs relievers, Boston did not complete a combined no-hitter.

The Rays’ solid 4-2 week was completely overshadowed by Wander Franco‘s debut.  He showed that AL East race will go on the whole season by getting three hits including a home run against the Red Sox in his first game.  He is slumping since then, but it is too soon to be worried.

On the field, at least, the Rays are not feeling Tyler Glasnow‘s absence.  Their ERA is 2.60 over the past week, and they are getting contributions from across the roster.  Starters Shane McClanahan, Rich Hill, Ryan Yarbrough, and Michael Wacha each pitched well in their single chances.  The bullpen blew a couple games, but newcomers Louis Head and Drew Rasmussen each pitched two scoreless innings.  The revolving door continues.

It is okay that Franco did not hit well this week because plenty of others guys did.  Brandon Lowe and Mike Zunino each hit two home runs, while platoon players Ji-Man Choi, Manuel Margot, and Kevin Kiermaier posted OPS’s over .800.  The middle infield is a bit light right now, but Lowe’s improvement and Taylor Walls‘ precautionary IL stint hint that the group will play better going forward.

The big news out of Ontario/Western New York is not that Vladimir Guerrero Jr. will not be in the Home Run Derby or that Vlad Jr. won Player of the Week or that Vlad Jr. continues to mash baseballs.  No, what matters most is that GM Ross Atkins made a meaningful trade a month before the deadline.  The Jays got OF Corey Dickerson and RP Adam Cimber from the Miami Marlins for Joe Panik and  minor leaguer Andrew McInvale.  Dickerson will be a nice bench bat in a loaded outfield, but Cimber is the key piece.  The Toronto bullpen is still a mess, so Cimber will be a stabilizing righty specialist.  Panik had been playing better lately but he will not be missed.  Neither will McInvale, who has a 2.55 ERA this year but is not much of a prospect.

The Blue Jays did what they had to against the Marlins and Orioles, going 5-1 to stay in the AL East race.  The one loss featured the bullpen blowing a 5-1 lead, but they were good enough the rest of the week.  The team overall and the bullpen in particular led the league with a 2.15 ERA over the past seven days.  Jordan Romano, Jacob Barnes, Patrick Murphy, Tim Mayza, and Anthony Castro all had scoreless weeks, a welcome change from their usual struggles.  Ace Hyun Jin Ryu was only fine, but the rest of the rotation was dealing.  Alek Manoah and Robbie Ray had quality starts, while Anthony Kay of all people (5.31 career ERA) threw five shutout innings.

Back to Vlad and the offense.  He hit another three home runs as he fights for the triple crown.  Except for Cavan Biggio, every other starter had an OPS over .800 for the week.  That include George Springer, who returned from the Injured List to man centerfield the rest of the season and the next few years.  The Jays are still on the outside of the playoffs as well as their country, but things are looking up right now.

The Yankees felt good after taking two of three from KC, but they have lost four straight since.  After getting swept in Boston and buying front row seats to the Shohei Ohtani Experience, the Yanks now have a worse record than the Seattle Mariners.  The M’s are not vying for a playoff spot, unlike New York.  I have said for a few weeks now that something drastic has to change, but nothing has.  GM Brian Cashman will still go for it at the deadline, but it might be too late by then.

At least Gary Sanchez has picked up his performance.  After slumping through 2020 and the first part of 2021, he has been super hot in June.  He is leading the Bombers in homers over the last 30 days, and he hit two this week.  So did Aaron Judge, who looks more like his usual self alongside DJ LeMahieu and Giancarlo Stanton.  Luke Voit is still getting his footing, but at this point I am not convinced Gleyber Torres and Miguel Andujar will return to their rookie forms.  Maybe Andujar could with consistent playing time elsewhere.

The ho-hum rotation was more ho-hum this week.  Jameson Taillon pitched much better, but Gerrit Cole was knocked around at Fenway.  The bullpen was a mixed bag, as well, instead of its usual lockdown.  Aroldis Chapman blew a save and injured Zack Britton gave up two runs, but Nestor Cortes Jr. is earning some trust.  We will see if anything changes soon, but it does not seem like it.

The Orioles were only 2-5 this week, but the two wins were quite enjoyable.  They showed some fight many did not know the O’s had by coming back down four in the eighth against the Blue Jays, and Monday night they put up a five spot in the ninth to beat the Houston Astros, no easy feat for any team.  Austin Hays robbed a home run and then lined the game-winner into the Crawford Boxes.

Focus on the positive: after slumping through the first two months, Ryan Mountcastle is hitting like fans hoped he would.  In the last 30 days, he has an OPS of 1.099 and a team-high ten home runs.  I expect him to win Rookie of the Month in a few days.  Cedric Mullins is the only one with a higher OPS in the same span at 1.110, and he is now a finalist to start the All-Star Game.  Speaking of which, Trey Mancini will compete in the Home Run Derby, a worthy honor for the power hitter, and a prime chance for the whole league to celebrate his recovery.

I will spare you the ugly details of the rest of the roster’s replacement-level performance.  Ignoring his line, congratulations to Mickey Jannis, a 33-year-old knuckleballer who made his MLB debut.  I hope he can make it back up to the AL East before the season ends.