While the American League West did not make any offseason headlines, it will be a division with several interesting stories to watch for in 2021 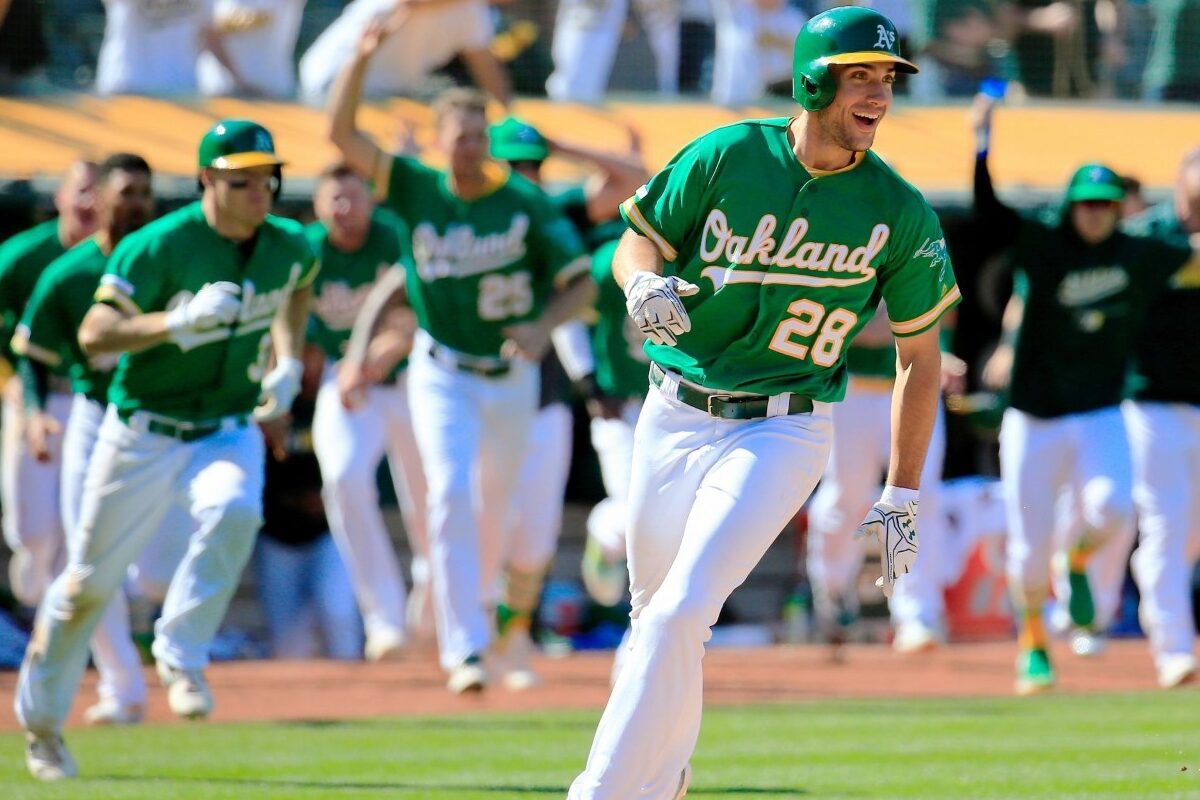 The American League West should be one of the most interesting divisions to watch in 2021. I say that not because any teams stacked up on high profile free agents or made blockbuster trades like in the other divisions, but because the AL West is full of some of the game’s most interesting storylines.

Each team in the division has a unique direction of where they are going. However, there is no clear runaway winner either. One team is still grappling with the aftermath of the worst cheating scandal in baseball since the steroids era, while another is still trying to overcome the longest active playoff drought of any North American professional sports team.

Meanwhile, many questions arise in the division about bounceback years, to what extent a superstar can carry a team, and players’ abilities to stay healthy coming off a strange 60-game season in 2020. Here are storylines to look out for from each team in the AL West.

During spring training last season, the team put fans and players across the league at bitter disgust for their sign stealing scandal. Then the pandemic hit, which put all the hysteria surrounding the game of baseball to rest. But when the 60-game season hit, opposing teams made it clear that the Astros were still vilified around the league. They were tested last season and will be tested again this season. This time, the fans will finally get the chance to let them know by bringing the noise.

Meanwhile, the Astros will also be tested in their ability to adjust to roster changes, as they did last season. In 2020, the Astros overcame big injury blows to their pitching staff and a bullpen full of inexperienced rookies to sneak into the extended playoff field. They shockingly made it all the way to the American League Championship Series. But this time around, they will have to deal with their most dramatic change on offense in years: the departure of outfielder George Springer, perhaps the best leadoff hitter in the game. Without a question, the Astros are talented enough to still be a division favorite on some people’s radars. But they will need hitters like Jose Altuve, Alex Bregman, and Yordan Alvaraz to step up with major bounceback years and they will need their current core of starters to stay healthy and give them consistent innings, at least until starters Jake Odorizzi and possibly Justin Verlander return. But the big story will be the question of bounceback and resiliency despite being loathed across the league.

This team is filled with some of the games most potent superstars. Their team is filled with generational greats like Mike Trout, Shohei Ohtani and Albert Pujols. Their lineup also has several other capable bats including one of the game’s best contact hitters in David Fletcher, and one of the games’ premiere third basemen in Anthony Rendon. But all this excitement keeps going to waste, as the last time the Angels reached the postseason was 2014, the only time in the Trout era they managed to do so. This team has been the epitome of a team that always looks great on paper, but fails to deliver. The reasons? Injuries, inconsistencies, and, most notably, their lack of pitching.

This offseason, the Angels went out and got some pitching along with a few other additions to the lineup. First year general manager Perry Minasian added Alex Cobb and Jose Quintana to their pitching staff, while the bullpen underwent a nearly complete overhaul. Was this an upgrade? On the bullpen side of things, it certainly looks that way. But with starting pitching, this will largely depend on one of their biggest offseason questions: will Ohtani stay healthy enough to pitch and produce offensively? This spring training he was stellar offensively, leading the team with a 1.655 OPS and five homer runs. While Ohtani has had some struggles with his pitching command, he hit up to 102 mph on the mound, making his prospects look bright as baseball’s first two way player since Babe Ruth. Despite a slight blister flare up in his last spring training start on Monday, the 26-year-old looks ready to make his first start in Sunday’s game against the Chicago White Sox. Given the Angels pile of talent, they have never been counted out as division champs going into any season. 2021 is no exception.

Contrary to the rival Angels, the A’s have never looked like the most favorable team on paper to reach the playoffs in the AL West. Yet they have done so the last three years, and last year the A’s dethroned the Astros as the AL West Division Champions. Last season the team also overcame their first round playoff demons by getting past the White Sox in the extra wild card round, but failed to beat the Astros in the division series. The offseason was a roller coaster ride for management, losing big time free agents Marcus Semien, Liam Hendriks, and Tommy La Stella. But patience paid off late in the offseason, as the A’s got a bullpen core that arguably looks even better than last year’s. This is saying something, considering that an excellent bullpen was what carried the A’s to success last year. Speaking of last year’s success, the team managed to achieve everything and finish with a solid +32 run differential despite not having a single player reaching a .250 batting average. It was a down year for the team’s two biggest home run bashers Matt Chapman and Matt Olson, as well as most of the starting pitching staff. Just imagine if the A’s could put together their smart decision-making from last season with a career year from the aforementioned players.

This team could be the biggest success story not only in the AL West but in baseball. They always find ways to win, even without the most potent names. This season, they do have several big names, as well as some of the league’s most exciting up-and-coming young players. Under the watch of Billy Beane, the team’s executive vice-president of baseball operations, the A’s have made 11 postseason appearances, but have yet to win a World Series. This could be Beane’s last year with the team, but with the way this team is built, there is every reason to believe it could be the best A’s team in the Billy Beane era. They certainly have looked that way in spring training.

It’s been 19 seasons since the M’s have made the playoffs, the longest active postseason drought in North American sports. The good news? They have by far the best farm system of any AL West team and the third best farm system overall, per MLB Pipeline rankings.The bad news? The minor league season was delayed a month. The Mariners will have to decide whether to take the risk in starting young outfield prospects Jarred Kelenic and Julio Rodriguez before their expected arrival. If not, their development in the minors might be delayed. Another concern surrounding this team’s development in the minors is the future of starting pitching prospects Emerson Hancock, Logan Gilbert and George Kirby. Each of these pitchers is a MLB Pipeline top 100 prospect. The starting rotation will have several pieces to experiment with, as the staff behind Marco Gonzales and James Paxton looks to be the team’s biggest question.

The team certainly has one of the brightest futures and already has some explosive flashes of talent, particularly in the outfield with Taylor Trammell, Mitch Haniger and reigning AL Rookie of the Year Kyle Lewis. But can Mariners fans continue to be patient with this long playoff hiatus? This will make the Mariners one of the more interesting teams to watch when it comes to team management decision making. But the drought just might continue.

If there is a definite rebuild going on in the division, it’s with this team. The Rangers finished last year with an American League worst 22-38 record. This offseason the Rangers cleaned out shop even more, trading away star pitcher Lance Lynn to the White Sox, letting Corey Kluber walk in free-agency, trading away longtime shortstop Elvis Andrus, and losing veteran outfielder Shin Soo Choo. Any real additions? They acquired power hitting designated hitter Khris Davis from the A’s in the Andrus trade, as well as former Colorado Rockies outfielder David Dahl as a free agent. Unfortunately, for fans excited to attend the new Globe Life Field, they will have to see a less than talented team on the field. However there is certainly some excitement within the team that fans can watch for. Isaiah Kiner-Falefa has become an exciting infielder to watch last season at third base and shortstop, where he earned a gold glove in his first full season playing exclusively on the infield.

The Rangers also signed three free agents, who could be interesting bounceback stories to watch. Infielder Brock Holt and pitchers Ian Kennedy and Mike Foltynewicz have all played well at some point in their careers. But they have seen their value drop significantly due to both struggles on the field and injuries. Texas could be the place for them to rejuvenate their careers. It certainly seems like a good place to do that for any player, as the team is not under any high expectation pressures.