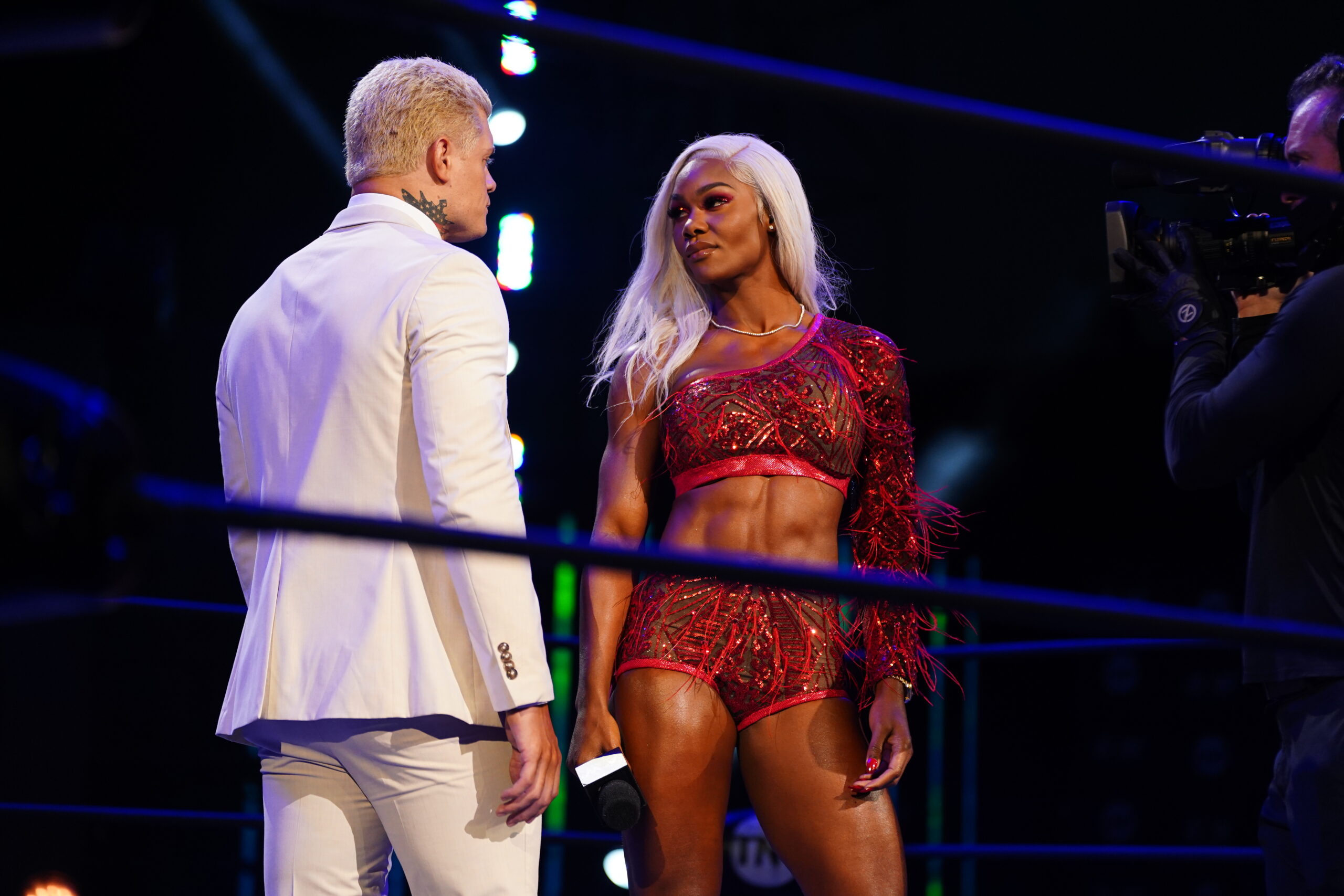 During last night’s live show on TNT, Cody Rhodes was speaking about wanting another shot at MJF when he was dramatically interrupted by Jade, who proceeded to run down Cody’s “Giant Killer” moniker. She revealed that she knows a real giant, none other than Shaq.

Cody’s wife, Brandi Rhodes, then stormed into the ring to defend her husband’s honor. “I joined AEW because here I have a voice,” said Jade. “I’m ready to shake up the women’s division, and I’m going to flip this promotion on its head.”

Jade, who played basketball at Jacksonville University in Jacksonville, Fla., brings a high level of athleticism and intensity to the AEW women’s division. With her background as a professional trainer and explosive demeanor on the mic, Jade is poised to make a powerful impression inside
and outside the ring.

“We’re committed to expanding the AEW women’s division by signing great athletes,” said Tony Khan, CEO and GM of AEW. “Jade is an amazing athlete, and she’s an exciting addition to our women’s roster. I’m confident that fans will enjoy getting to know Jade’s strong personality and watching her development as a wrestler after her surprising confrontation with Cody and Brandi Rhodes last night on Dynamite.”