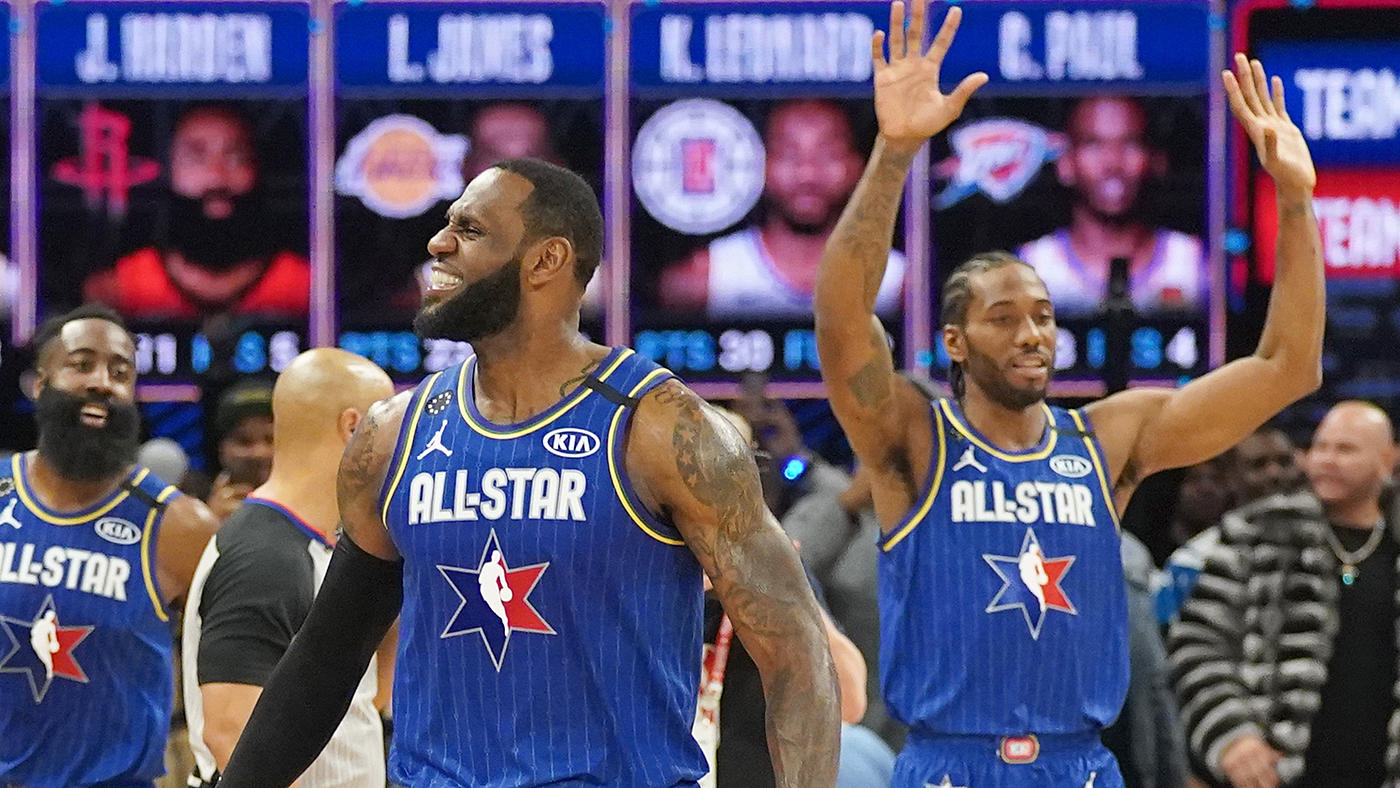 The NBA All-Star break is boring and pointless. Who cares about the celebrity game? They aren’t even good at basketball. I play better than them, I’m not watching that mess of a game. The Rising Stars Challenge is a snooze fest. There is no way anybody should want to stay up late to watch that. All-Star Saturday has lost its edge. The dunk contest is dead, there is no innovation and showmanship in it anymore. How is it that the three-point contest is the most interesting event on All-Star Saturday? Don’t get me started about the actual All-Star game on Sunday. THE PLAYERS AREN’T INVESTED, THEY DON’T CARE! Why should I care?

This has been the narrative that fans of the NBA have created about All-Star weekend, since the year 2000 when Vince Carter stuck his arm in the rim during his memorable dunk contest performance. This message is for the basketball fans that gave up on the NBA All-Star Weekend: The 2020 All-Star Weekend broke that narrative, and is amongst the best All-Star Weekends ever held.

The celebrity game lived up to its reputation of being boring and sloppy, but this year it was boring and sloppy with a twist. Before every quarter Team Stephen A. Smith and Team Michael Wilbon competed in mini party games such as pop a shot and flip cup. The pop a shot game resulted in the winning team – Michael Wilbon’s team – unlocking a legend, in this case it was Chicago Bulls champion Horace Grant. Of course Stephen A. wouldn’t be out done, so he recruited former Bulls guard Nate Robinson to join his team. The flip cup game resulted in the losing team’s coach – Michael Wilbon – being sent to the penalty box, an element from the game of hockey. The game resulted in a blowout, Team Wilbon won by a score of 62-47. The greatest part about this game was the trash talk that transpired between long time friends Stephen A. and Wilbon.  The hometown native Wilbon got the last laugh in this scenario.

“ Did you really think I was going to let you beat me at home?” Wilbon asked Stephen A. Smith,

The Rising Stars Challenge was filled with amazing highlights and story lines. This game showed us that Canada has some seriously talented young hoopers. There was a moment in the game that four out of the five players on the court for Team World were all Canadian. Former Duke royalty Zion Williamson and RJ Barrett seemed to enjoy sharing the court again, even if it meant going against one another; they definitely had a friendly competition vibe going on. I bet the casual fan didn’t know that Memphis Grizzlies’ guard Ja Morant and New Orleans Pelicans’ forward were teammates in the South Carolina AAU system. The Ja to Zion lobs were electric to say the least. Oh yea, Zion almost broke the rim while dunking. Team USA came back to win by a score of 151-131 after trailing Team World at half time. Miles Bridges Was named MVP of this game.

All-Star Saturday this year was one to remember. The game of basketball has evolved in a way that requires all five positions to be skillful. This was on display during the Skills Challenge when all of the forwards knocked off the guards in the competition. Miami HEAT center Bam Adebayo walked away from this event the winner, even though he had the lowest odds to win. The three-point contest introduced a new shot, a long range shot that was worth three points each. Sacramento Kings’ sharpshooter Buddy Hield hit his last shot to edged out Phoenix Suns’ marksman Devin Booker, and became the three point champion by a score of 27 to Booker’s 26. Then there was the dunk contest. This year’s dunk contest was like a roller coaster ride. It had the makings of the greatest dunk contest ever to only leave the fans with a bad taste in their mouths.  Orlando Magic’s forward Aaron Gordon and Miami HEAT’s forward Derrick Jones Jr. gave the fans a show. The dunk contest resulted in a two dunk dunk-off between these two, Jones Jr. emerged victorious, but not without controversy. Gordon drew the short end of the stick for the second time in a dunk contest. He managed to receive a score of 50 points for all of his dunks instead of the last one when he jumped over 7’5” Boston Celtics rookie Tacko Fall. It is ludacris that the judges gave him a score of 47 for that dunk. Both men should have walked away as the dunk champion, but that’s just the way the cookie crumbles.

“They told us we had to pick a winner,” Dwayne Wade said after the contest. “There couldn’t be co-champions.”

”It’s a wrap,” the disappointed Gordon told the media when asked if he would do the dunk contest again. “I feel like I should have two trophies. It’s over for that. My next goal is to try and win a three-point contest.”

The main event of the weekend, the All-Star game, captured the vibe of the weekend as a whole. This All-Star break was about competing, mainly due to everyone’s want to honor the spirit of Kobe Bryant. The players that participated in this game were very invested. The format change of the game played a big role in incentivising the competition that the All-Stars put on display. The fourth quarter of this game felt like a playoff game, neither team gave an inch. The coaches put their best lineups in the game in crunch time, plays were called, Kyle Lowry drew two charge calls, Giannis Antetokounmpo performed a critical chase down block on Lebron James, everyone on the bench were on there feet,  players were arguing calls with the officials, bodies were flying everywhere and hitting the ground, there were two successful challenges in the fourth quarter, fans were on their feet, even Spike Lee was animated and making calls of his own. That fourth quarter was what the fans longed for when buying tickets to see the games greatest players share the court. Team Lebron came back from being down nine points to begin the fourth quarter and won by a score of 157-155. Clippers’ forward Kawhi Leonard – 30 points, 7 rebounds, 4 assists, and 3 steals – received the first Kia NBA All-Star Game Kobe Bryant Award.

The city of Chicago did it for the culture and showed out for this year’s All-Star Weekend. The jerseys for all the team events were inspired by the Chicago Transportation Authority (CTA) system – representing the green, pink, purple, orange, red, and blue train lines. Chicago celebrities played a prominent  role in being ambassadors for the city during this weekend as well. Michael Wilbon coached the celebrity game. Lil Rel Howery, Chance the Rapper, and Common played in the game. Common wore number 25 to honor Benji Wilson – a Chicago great basketball player from Simeon High School who’s life was taken too soon – and won the MVP of that game. Dwayne Wade and Candice Parker judged the dunk contest. Chance the Rapper performed the halftime show and gave a nod to King high school by having their marching band be part of his performance. Common introduce the lineups the only way Common could. He also might have won a Grammy with his “If This City Could Talk” monologue. Hometown kid, Anthony Davis scored the last point to end the All-Star Game. I can’t leave off the fact that the celebrities and athletes from Chicago,  including Barack Obama, gave an illustration of the culture of Chicago and what it meant to grow up there. Last but not least, the tributes for Kobe throughout the weekend were class personified. Chicago definitely put their bid in to host many more All-Star Weekends in the future, without it taking another 32 years to do so.