An Angel Amongst Devils 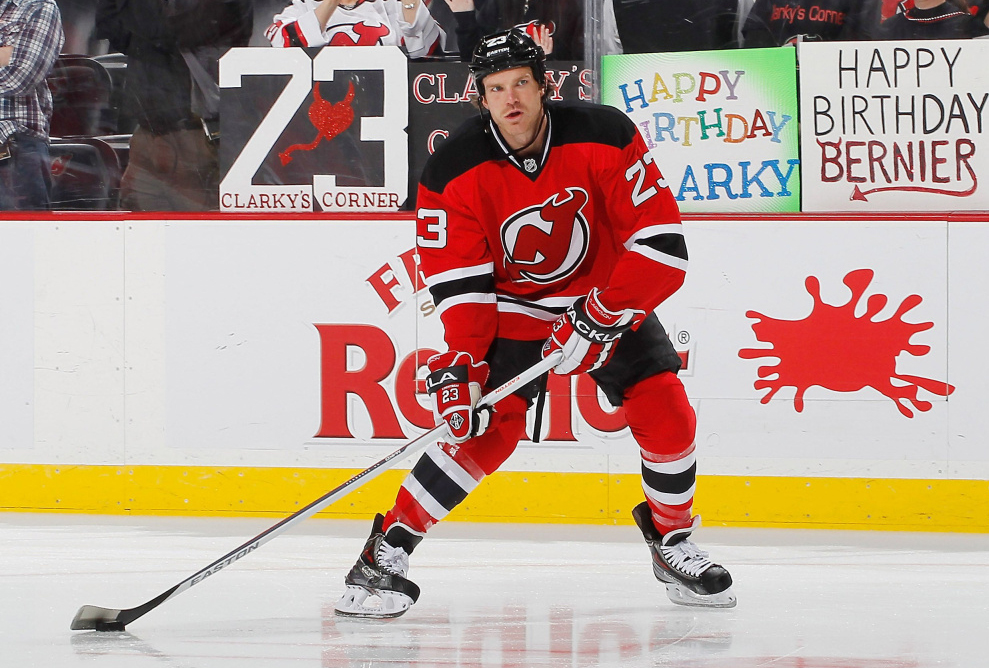 If there’s one thing David Clarkson knows, it’s toughness. The 28-year-old New Jersey Devils winger fought his way into the NHL by being a gritty, hard-nosed player who gained a reputation as a physical checker, vicious fighter, and ideal teammate in the locker room. In his first full regular season on the Devils, Clarkson had 21 fighting majors. More often than not, he is fighting on the ice to stand up for a teammate who might not be able to stand up for himself.

It makes sense, albeit in a backwards way, that the guy with 158 fights in his professional hockey playing career takes such an interest in helping children in the Kitchener, Ontario area with their own fights. Clarky’s Kids, Clarkson’s charity partnership with the Kitchener Rangers, provides children from Grand River Hospital’s POGO (Pediatric Oncology Group of Ontario) Satellite Centre the opportunity to experience the excitement of a Kitchener Rangers game and visit with players and coaches in and out of the hospital. Childhood cancer patients (and their families) also receive support through donations from funds raised by the charity belonging to the quintessential power forward.

“Before my grandmother had passed,” Clarkson said, “She always told me if you were fortunate enough to help others, make sure you do that. And that was something that stuck with me all the time. I’m thankful every day to be in the situation I am in. We’re very fortunate to be athletes who can put smiles on kids’ faces or build relationships like I’ve built. Just getting to meet some of these families, and you see some of what these kids go through at a young age. It’s not fair, and it’s tough. It’s something that me and my wife enjoy being a part of.”

Kitchener holds a special place in Clarkson’s 6’1”, 200 lb. heart. As an undrafted OHL player, Clarkson’s waiver wire addition to the Kitchener Rangers is regarded as their best transaction in team history. In 2003, he won the Memorial Cup with the Rangers, and in the 2004-2005 season put up 54 points and 145 penalty minutes in 51 games. That stat line might not have been good enough to get him drafted, but it did earn him a contract with the Devils in August 2005. Still, leaving Kitchener for New Jersey wasn’t the end of his involvement with the southern Ontario community.

“Kitchener was a city that was very good to me, I really enjoyed playing hockey there,” Clarkson said. “It was kind of like a second home. I spent a lot of time playing Juniors there, and it was a place that I really wanted to do something.”

That ‘something’ turned out to be more of a success than anyone could have anticipated. Working with Michelle Fortin, Manager of Brand Marketing and Media Relations for Kitchener Rangers, Clarky’s Kids has given hospitalized children a genuine reason to smile.

We started about 4 or 5 years ago, and Michelle is the one behind the scenes. My mom and dad are very involved, as well. But Michelle and the Kitchener Rangers are the ones who make it work, and it’s something very close to me.”

It should be pointed out, however, that the kids are not the only ones who are finding themselves some good fortune. Clarkson started the 2013 shortened season with his best offensive season to date, scoring 16 points in his first 14 games. Despite a recent scoring slump, he is still on pace to break his career record for goals in a season. It’s as if the hockey gods are recognizing his work in the community (and of course, his work in practice) by helping the puck find the back of the net off his stick. Still, Clarkson is not above taking some constructive criticism from some of his biggest fans.

“It’s crazy now with cell phones, but some of these kids will text me,” says Clarkson. “I’ll get text messages when I’m doing well or when I’m not, I’ll be told to start shooting the puck.”

Throughout the course of the year, Clarkson holds a handful of exciting events for the kids. Every summer, they have frequented Bingeman’s, a water-themed amusement park with an indoor play land located in Kitchener.

By the end of the day, the back’s a little sore from going up and down the water slides, but it’s a lot of fun.”

Clarky’s Kids also recently held a charity game night at Maple Leaf Gardens in Toronto on March 4th when the New Jersey Devils faced off against the Toronto Maple Leafs.

I had a lot of the kids come out to the game, and we had a box there for them. One of the little boys after the game told me he had more goals than me, and I better start scoring. It’s the cute little things like that that make you smile.”

For Clarkson, his most important involvement is having the opportunity to meet the kids and their families. However, he is fully aware that being involved with hospitalized children will not always be easy to deal with. So, Clarkson takes each small opportunity to share quality time and have a good laugh with the kids.

“We’ve had a few kids pass that I was very close with,” said Clarkson. “But there’s one little boy who’s doing well now, Davey. The first time I met him, I signed a signature for him in Toronto. He looked at my writing, and then at me, and said, ‘That’s not how you write a D!’ He took the marker off me, and wrote a D over the top of my signature the way a D is supposed to be done. You know how signatures are a little bit scribbly, so we got a pretty good laugh out of that. You get a lot of little things like this that are cute.”

Clarky’s Kids also receives outstanding donations from the surrounding community. And while Clarkson is thankful for all of the charitable regards sent in by the families and organizations, he urges everyone to keep their money and take the time to help put a smile on a child’s face.

“The Fire Department is outstanding, every year they donate,” said Clarkson. “They called one year and donated $30,000. To be honest, when we started this charity, we weren’t looking to raise money. We were more looking to get to the hospital to help the kids, and to bring them to Leafs and Kitchener Rangers games. In the near future, I have plans to start another charity back home in Toronto. But the one in Kitchener will always be very close to my heart. I would like to reach out to and help anybody I can. I do have something in the works that we’re trying to figure out, but I’d like to keep doing what I’m doing. We’re away from our families a lot, but there is time to fit in doing these things.”

You can become involved by visiting Clarky’s Kids website at http://www.kitchenerrangers.com/page/clarky-s-kids.