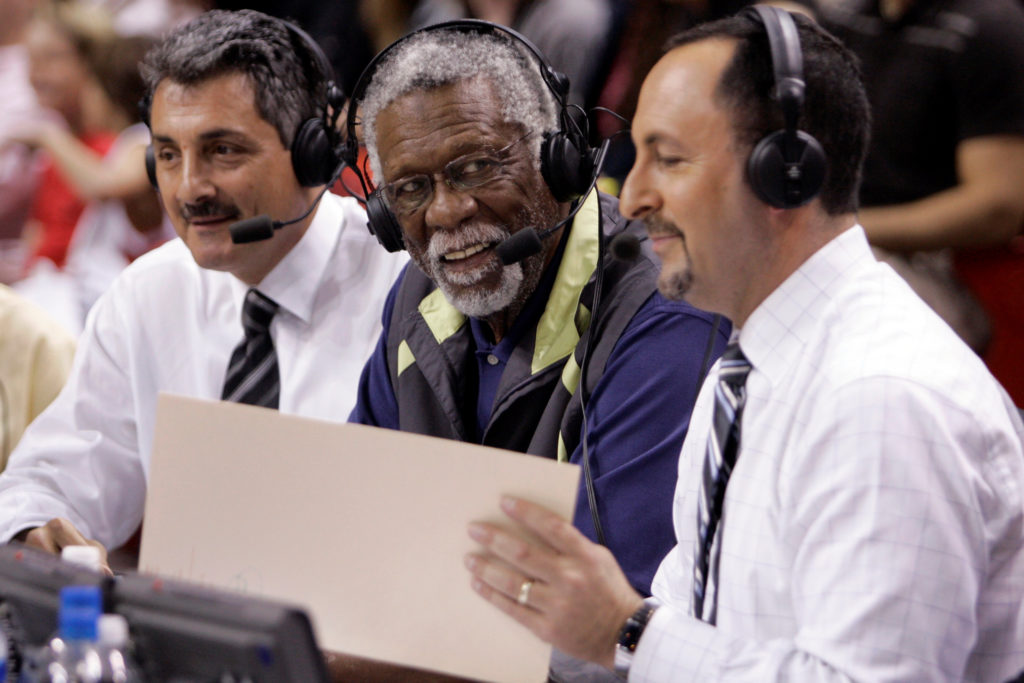 Eric Reid has been with Miami HEAT since their very first season in 1988. He started his career with Miami HEAT as a color analyst and after four years, Eric then became a play-by-play announcer and has been a broadcaster ever since.

BackSportsPage sat down with Reid to talk about his career and the incredible things he has experienced along the way.

Q: “How does it feel to not be at games announcing after doing it for many years?”

“Starting with an NBA team from its expansion season to a three time championship team is quite a journey to make. With so many interesting dynamic teams, games, and series that we have watched over three decades. So how does it feel now? Weird,awkward, unusual. Something that none of us have been through.”

“I have done well over 2,000 HEAT games and I don’t think there has been a stranger game than the March 11, 2020 game. HEAT against Charlotte, was probably the HEAT’s worst game of the season at home. Miami had such a good season at home and had not lost to a sub-500 team at home until that night. By the time the game ended the loss seemed insignificant because midway through the second half, we had learned that the NBA season had been suspended.

“It was a strange broadcast because we did not leave telling the story of the game, we had to tell a more important unfolding story about the league that was shutting down its doors. It’s strange some days it feels like you are on offseason and other days you’re reminded that this current season was put on pause, hoping that it will resume this summer and the playoffs can be played.”

Q: What would you say your most memorable moment has been as a play-by-play announcer?

“I have had a lot of great moments along the way, but I would say: the championships, Dwyane Wade’s career, and just the forty plus years as a basketball broadcaster. I appreciate all of it.”

Q: I am from Dallas and I cover the Mavericks for BSP. I would like to know, how did it feel to win and broadcast Miami Heat’s first championship in 2006 against the Dallas Mavericks on their home court?

“First of all, it was the pinnacle of Dwyane Wade’s career. Of course he would go on to play with better teams in the big three era that would come later on. But at that moment and at that time Wade was unstoppable. He had one of the greatest finals of all time and was really untouchable, unguardable, and a rising star.

“As for the HEAT’s franchise, every championship is special. Championships are like your children, can you really love one more than the other? But your first is always special. Of the three championships that was the first one the HEAT won on the road. Even though you don’t get to share it with your fans, there is something really personal and special when you are on the road. As a broadcaster it feels like it’s you and your team.”

“I was actually doing that game from one of the upper press boxes in Dallas and I had to make my way down by escalator to the arena floor for the HEAT’s championship celebration in Dallas’s building and it says a lot about the quality of the Mav’s fanbase that nobody threw a punch at me. I was unable to contain my enthusiasm on the way down.”

“When I got down to the floor, Miami was already on the stage ready to receive the championship trophy. I saw my broadcast partner already standing on the stage and I hopped on the back of the stage with him and there is no proof of it, nobody took a picture of it, and we never got in trouble for it.Tony Fiorentino and I will always remember that special moment where two guys who had been with the HEAT for 32 years were on stage with that team, at that moment it’s something I will never forget.”

Q: Is there anything you can say about the Miami vs Dallas championship rematch in 2011? What went through your head about losing against Dallas when Miami had already beat them in 2006?

“There is nothing more painful than losing a playoff elimination game at home. The stain that leaves on your home fans, on your home court never goes away. It’s funny because that was the first year of the big three and I think they were a little over confident coming into that series. In the middle of game two with a big lead they let it slip away and they could never get a hold of that series again.

“I thought that Rick Carlise had an outstanding series as their coach, Dirk Nowitzki was the MVP that he really was, JJ Barera played a big role that anyone could ever imagine he would. It was not until the middle of the sixth and final game that it really hit me that Dallas was the better team and it’s their time, not Miami’s time.

“It actually had proved to be a pain that turned into a gain because without losing that series maybe the HEAT wouldn’t have the drive that it takes to win back to back finals. I would say it was necessary pain and a really shining moment for the Dallas Mavericks. Interesting that both franchises got their first championship against each other with each team winning on the road.”

Eric Reid has been with the Miami HEAT franchise since their very first season and has seen it all, and has been able to collect many Emmys and awards along the way. It was a pleasure to be able to talk to him about his career and discuss two major moments for both Miami HEAT and the Dallas Mavericks.