An Interview With Grant Napear 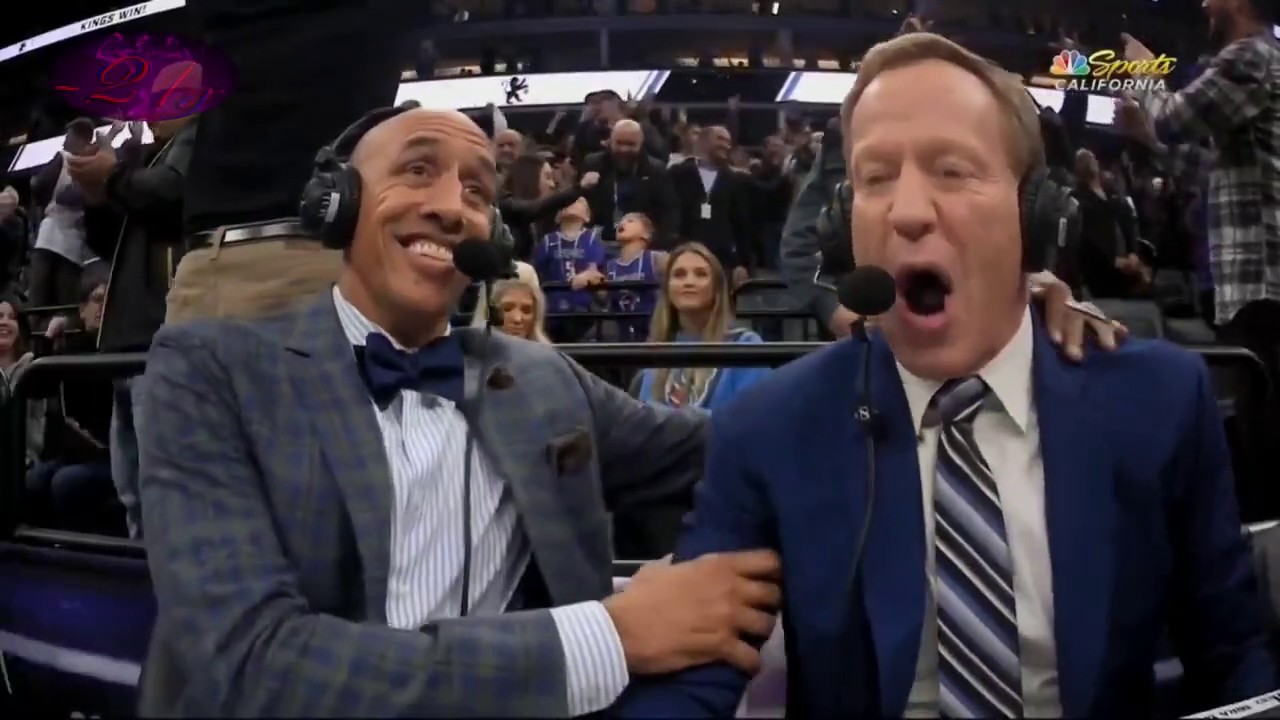 Grant Napear has been a broadcaster for over four decades, and in that time he has gained an endless amount of insight into the game of basketball.

COVID-19 has deprived the world from sports, creating more free time for a lot of people. I asked Grant what he has been doing to stay busy.

“You know what, I get up every morning and I go for about a four or five mile walk. I do exercises and then my sons are out of the house, they’re grown and in college, so me and my wife hang out and I do my show from home everyday,” he said. “I play golf maybe once or twice a week, but generally once a week.”

Many media shows are being performed at home, which made me eager to find out how Grant’s radio show, “The Grant Napear Show”, was going under these unusual circumstances.

“We’ve also had a lot of guests on… a lot more than usual and it’s been great,” he added. “We had Marty Brennaman on who just retired as the long-time voice of the Cincinnati Reds. We talked to him about what it was like when the Reds were winning World Series in the 70’s… what it was like being around Pete Rose and Johnny Bench as well as how he got into the business.”

“Ian Eagles comes on… I talked to Ian like gee what was it like growing up and when you first knew you wanted to be a broadcaster. He used to do the 20/20 sports updates for WFAN… we’d talk to him about that.”

Grant admitted that he’s unsure of what they will do for content if there aren’t sports by the fall, but for now they’re getting very good feedback from their audience. He also added that he is having a blast doing the show.

“To be honest with you, I’ve been doing the show for 26 years and I’ve probably enjoyed doing the show over the last six or seven weeks more than any other time in the last 26 years because we’re doing different things and it’s kind of refreshing.”

Prior to our conversation, I had heard a rumor that Grant has only missed one game in 32 years as play-by-play announcer for the Sacramento Kings. So I had to ask to see if it was true.

“Yup I’ve missed one game,” he replied. “It’s really hard to believe; it’s because I couldn’t get to Phoenix because they closed the airport down cause of thunderstorms. I normally travel with the team, but I had to go to my son’s doctor’s appointment in the morning. The flight from Sacramento to Phoenix is only about 90 minutes and I couldn’t get there… that was the only game I’ve missed in 32 years.”

Grant has sat courtside and called thousands of Kings games, which had me wondering what his favorite all-time moments were.

“My favorite memory was the playoff series, it was the first ever playoff game at Oracle Arena in the 95-96 season when they were playing George Karl’s Sonics. Gary Payton was the point guard and the Kings were an eight seed,” he said. The Kings had Mitch Richmond on the team and they won game two to even up the series. Game three of that series, still to this day is probably the most amazing thing I’ve ever experienced being at a sporting event announcing a game.”

Grant shared his other favorite memory; a more emotional one.

“Another moment that I’ll remember forever is when we thought the Kings were moving (2014) and we thought it was our final game at Oracle Arena,” he told me. “Actually, I broke down on the air. It’s pretty amazing, Jerry Reynolds and I trying to get off the air without breaking down… we barely made it off the air.”

Grant Napear is a staple in Kings basketball. He has been there for all the big moments, but I wanted to find out what his biggest interview was as a young and aspiring broadcaster.

“That’s a great, great question,” he replied while thinking back. “Alright, I would say Craig Patrick; who was back then the General Manager of the New York Rangers. Craig had just been an assistant coach on the dream team of the ‘miracle on ice’ in 1980. I worked in Bowling Green hockey in 1982, and that year Craig Patrick was at Bowling Green to scout. So I got Craig up for an interview in between periods.”

After asking all the right questions, Craig Patrick thanked Grant for a great interview and wished him the best of luck.

Just six years later, Grant began calling Kings games and somewhere along the line his famous phrase was coined. I asked him if he could recall when his phrase, “If you don’t like that, you don’t like NBA basketball” came to be.

“It probably started somewhere in the early-mid 90’s… you know I don’t really rehearse anything, I try to be spontaneous. You know it just came out one day and it just caught on and I got very good feedback, so it just became my signature line… it just kind of happened.”

Before getting off the phone, I wanted to pick Grant’s ear on what his view is of the current Sacramento Kings team.

“I love it,” he said. “I think Luke Walton’s a perfect fit for the team, I love De”Aaron Fox, and we haven’t even really seen Marvin Bagley yet either and I think he’s going to be an All-Star. I love our foundation and I’m really excited. This is probably the best I’ve felt about the Kings in well over 10 years.”

There aren’t many people out there more eager for basketball to start back up than Grant Napear. When it does, expect to hear Grant doing what he loves, commentating Kings’ basketball.

For now, you can hear Grant and his co-host Doug Christie weekdays from 3pm-7pm (PT) on Sports 1140 KHTK and online anywhere at KHTK.com.

Everything You Need to Know for UFC 254

NFL and Players Coalition Pledge More than $3 Million to Communities of Color to Aid in Their Fight Against COVID-19
The Lost Show: Live Broadcast From the 2016 David Tyree Charity Event