An Overview on Tari Eason 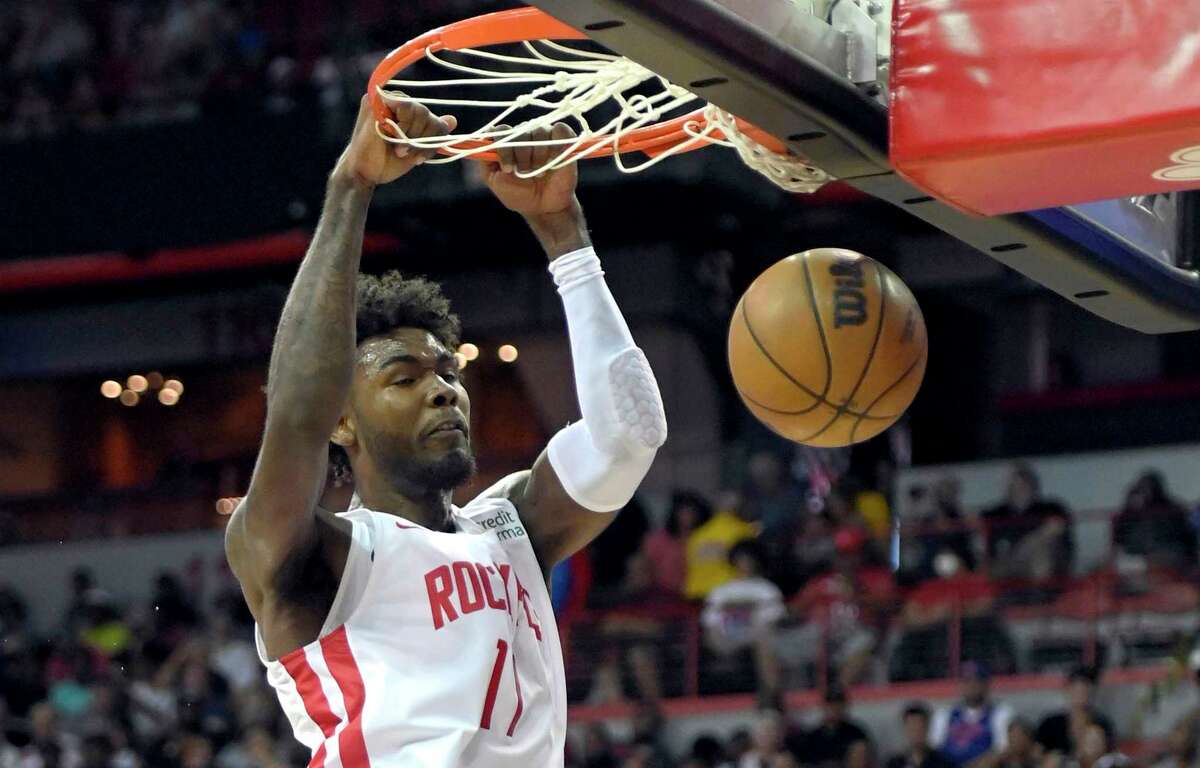 As the 2022-2023 NBA season approaches, there are several things to anticipate as a Houston Rockets fan. The main thing to watch is Jalen Green’s growth in the NBA as he approaches his sophomore season, and his chemistry with Kevin Porter Jr. KPJ also is in an interesting situation with his contract situation, as Houston hasn’t made a decision yet to extend him. Jae’Sean Tate signed a three year $22.1 million extension with the team this summer, so there is expectation that this pays off.  Others are drafting Jabari Smith Jr. 3rd overall, and seeing Alperen Sengun in the starting lineup. Although these are all promising things to speculate, there is another aspect to consider.

Tari Eason , the 17th overall pick from LSU, looks to be one of the top sleeper picks of the 2022 NBA draft. He appears to be NBA ready as he showed extreme potential in the month of July. In the NBA Summer League, Eason averaged a double-double, with 17.2 points, 10.2 rebounds, and 1.8 steals per game in 27.5 minutes. He showcased his skillset off the dribble, tenacity on defense, and driving to the basket with ease with frequent high flying dunks. Eason’s versatility to guard the 1-4 is something the Houston Rockets desperately need. The all around performance earned him a slot on the All-NBA Summer League First Team.

Eason also appeared in the Drew League. This league in the summer include MVP level players such as LeBron James, DeMar Derozan, and Trae Young. The rookie embraced this high level of competition, dropping  37 points, 13 rebounds, two blocks and a steal. His dazzling performance earned him Player of the Week honors in Week 7. He was unconscious, scoring in a myriad of ways and kept his defenders off-balance.

Eason owned the month of July, displaying consistent performances in the Summer and Drew League. His play caught the eyes of several NBA analysts, as some believe there’s a strong case for him to be a potential starter on the Houston Rockets next season. And there are valid explanations for this: He’s athletic, versatile on the floor, and can drive to the basket efficiently. The best fit for him would be a three and D slasher and off the ball scorer. The great thing about his defense is that head coach Stephen Silas can insert him to guard multiple positions. Tari Eason’s ceiling has many Rockets fans hopeful for the rebuilding team as they enter next season.

Top 5 Atlanta Falcons Of All Time
What Are The Chances of Kyle Busch Becoming a Free Agent?