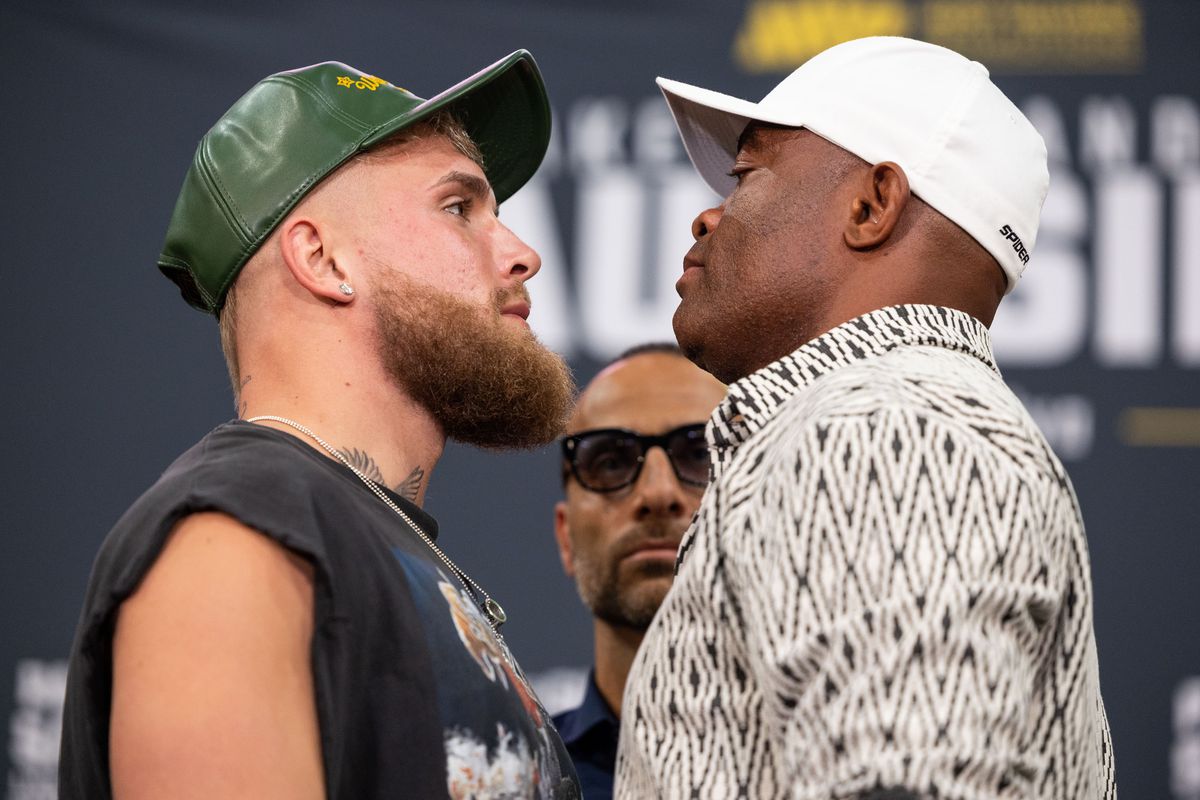 Let’s start from a point where we accept the existence of Jake Paul in sports even though he is indeed a Youtuber, a former Disney kid, possibly a scam artist, etc.; “f!@# Jake Paul”, I heard the crowd at UFC 261 chanting.

Yet, here we are, October 29th, Jake Paul vs Anderson Silva, who is indisputably a combat sport legend. I don’t know if I can watch it, a lot of MMA fans feel this way. It’s an odd event. An MMA icon, almost 50 years old and a 25 year old entertainer/boxer. If I tell myself it’s a mix match fight in the spirit of the early UFC I can force myself to sort of see it. But when Silva is doing interviews talking about how he’s “preparing for war”, he’s a “soldier”,  and fights are what he does… it gets cringe. I can accept that there is now Jake Paul, but it’s still Jake Paul. I don’t know if he will ever be considered a respectable athlete. He fights retired athletes, not in their sport, in exhibition fights for entertainment purposes. For a whole lot of MMA fans this match isn’t a good look on a veteran fighter.

Then there was retired MMA fighter and elite wrestler Ben Askren who lost TKO. We had seen in Askren’s MMA career that  he was by far a  better wrestler/grappler than striker, so again, ok.

Next the Woodley fights. First loss was by decision and second by KO. Less funny. That KO in the second fight was painful to watch. Woodley is a champion fighter at the highest level. That fight felt less ok. We all started wondering if maybe Paul does have some natural talent, strength, and a whole lot of luck. Maybe he isn’t a total goof? (Maybe he is?)

Coming up, we have one of the most well known combat sport athletes of all time, former middleweight MMA fighter, Anderson Silva, 47 years old,  37 wins, 11 losses. 23 of those wins came from KO/TKO and only 4 losses from KO/TKO. He says he is done with the UFC but not done with fighting. Cool. But when he lost to Uriah Hall it was clear that while still an excellent athlete, he is not in his prime anymore. He wasn’t as agile as Hall, didn’t have the speed or power that his younger opponent did. I think that for myself and a lot of fans, a Jake Paul loss is not how we want to see Silva at the end of his career. It’s a disappointing finish even if Silva wins the match.

Silva has been focused on his boxing since leaving the UFC in 2020. His volume of experience and fight IQ is leaps and bounds above Paul. On the other hand, Jake Paul seems like one lucky MF, he is repeatedly, surprisingly successful in whatever he does. I hope for anyone that watches it they are at least entertained by an interesting, (although seemingly pointless), night of fight sports.

What Goes Up Must Come Down: Jorge Masvidal’s Future
Finally Undeniable: Makhachev vs. Oliviera Recap