Andrew Wiggins Has Found His Game! 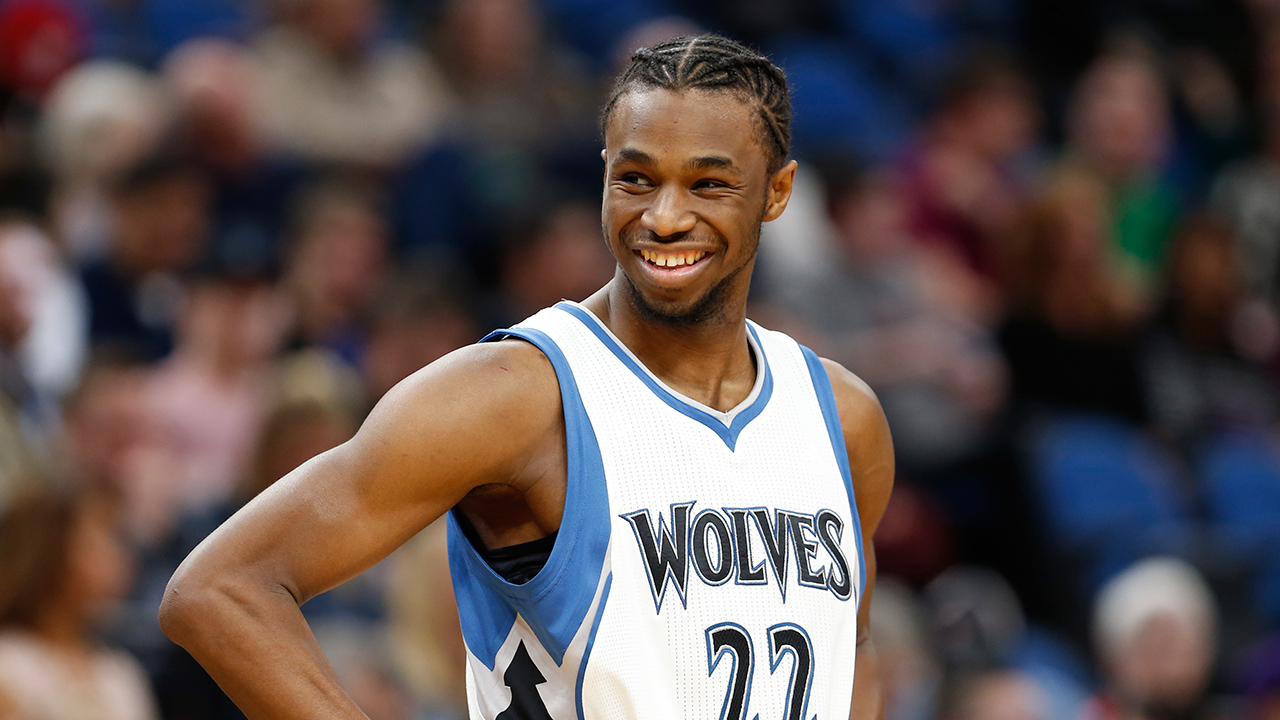 For a long time, Minnesota TimberWolves shooting guard Andrew Wiggins has failed to live up to many people’s expectations. He was drafted in 2014 with the number one overall pick, which is typically where you can envision superstardom. He came in with a reputation for incredible athleticism; he was known for having great lateral quickness, length, and versatility as a potentially potent wing defender. He was given lofty comparisons like Hall-of-Famers Vince Carter and Kobe Bryant. In fact, he was once given the nickname “Maple Jordan” because a) he’s Canadian and b) people so desperately wanted him to be the next Michael Jordan. Well…he’s definitely not been that. In fact, up until this year, he was performing as a below average NBA player. He’s been an unwilling passer, all the while shooting too many inefficient mid-range isolation shots in an evolving ball-movement league. His defense has been shockingly subpar for player of his supposed ability; he still struggles with defensive awareness and doesn’t seem to put any effort or regard on that end of the court.

With all that said, this season seems and feels different. Yeah, the stats are the best he’s ever put up, averaging 26 points a night; he’s also giving his highest assist, three-point, and field goal percentage, all of which is encouraging. And he’s still really young at just 24 years old, so he has yet to recognize his ceiling. What stands out to most is the eye test. See, I used to be a huge fan of Andrew Wiggins, especially coming out of Kansas. I was so excited: I love Canada, I got hyped seeing Wiggins hoop, and as a fan of Kobe Bryant growing up, I could see him taking the mantle. However, as he continued to disappoint, MIA on offense and lackluster on defense, I felt almost betrayed by Andrew. He was no longer fun to watch, and I just kept getting more and more frustrated. It felt like he had no confidence in himself.

That’s the key difference this season: he is playing hard and with absolute confidence. He’s still got a ways to go to realizing his potential, but he just looks different. He’s more engaged on his defensive assignments, paying attention, and giving more effort. On offense, he’s bringing the ball up, moving around the court, making better passes, and being far more aggressive. He’s finally giving superstar Karl-Anthony Towns that potential long-term Robin he’s needed for far too long.

I am still somewhat skeptical. This success could very well be a hot streak. It’s also just a small sample size of 11 games. The Wolves have, as a team, exceeded expectations, looking like a playoff team. It’s entirely possible he regresses just as quickly.

But I’m not going to be a wet blanket. This is fun. It’s fun to watch the NBA this season, it’s surprisingly fun to watch the Wolves, and especially Andrew Wiggins with a potential preview of his super stardom. He’s shooting less mid-range shots and more three-pointers; in other words, his game does seem to be evolving at a sustainable rate. And his teammates seem to have his back. He hit a game-winning shot against the Oklahoma City Thunder, and you could see how much his teammates loved and supported him. And maybe that’s all he needed, as we all do. If this keeps up, I’m curious to see what kind of damage Wiggins can do if the TimberWolves make the playoffs. Till then, I’m excited for the ride.