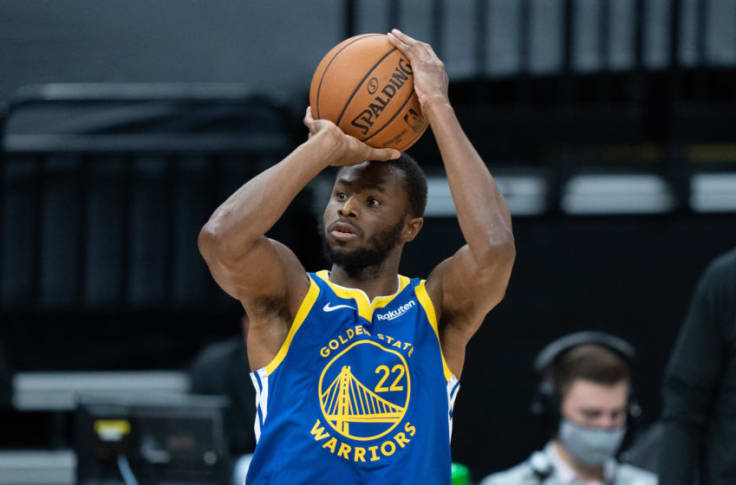 Coming into the season, most Golden State Warriors fans had a solid idea of what they’d get from Andrew Wiggins. They expected a player who was consistently able to put up points in a hurry, throw down some jams with authority, and would prove mediocre elsewhere. For the most part, you can’t blame Dubs fans for that line of thinking. With the exception of last season, the Canadian had never averaged over three assists per game. Wiggins had never been a lockdown defender either, having never posted a defensive rating lower than 113. For some context, defensive ratings are like golf scores–the lower, the better. Unfortunately, it doesn’t seem like anybody had let Wiggins know: his career best mark would rank 338th in the NBA last season. Most had given up on his potential as a winning player.

And yet, in some of the world’s most bizarre times, Wiggins has put in a similarly baffling season, dispelling every single preconceived notion about him. He’s uncharacteristically struggled to put the ball in the basket, especially from inside the three-point line, where he normally excels. StatMuse data reveals that Wiggins is shooting a putrid 48.1% in the paint, a far cry from his career mark of 55.7%. Moreover, his three point shooting has taken a bizarre trajectory. Wiggins is shooting 46.7% on threes from the top of the arc this season, more than 12 percentage points above his career average. Meanwhile, his bread and butter from deep–the left corner–seems to have gone stale. Wiggins is only making 35.7% of his shots from the spot, paling in comparison to his career mark of 43.9%. Still, his 36.9% clip from distance is a career-best, and it’s not particularly close.

Meanwhile, Wiggins’ effort on the defensive end has built him an early case for a spot on an all-defensive team. Opponents are shooting a paltry 35.5% when matched up against him–that’s eleven percentage points below the league average of 46.1%, and a 12% drop from the 47.2% clip he allowed last year. A large part of Wiggins’ adjustment has been a reshuffling of his defensive priorities. Throughout the majority of his career, Wiggins has had the tendency to overreach on defense, poking erroneously at the ball and allowing opponents to shimmy their way to easy buckets. This year, his steal percentage is way down–0.6% as opposed to a career average of 1.4%, but that’s allowed him to stick with his opposition, employing his seven foot wingspan to disrupt shots.

And of course, there are the blocks.

1.8 per game of them to be precise, the fifth-best mark in the entire league.

I wish I could tell you where this came from. I can’t. Wiggins had never averaged more than a single block per game in his entire career. Even in his lone year at Kansas, the Canadian was only able to log 34 blocks in 35 games. Yet, Wiggins has begun to hunt for blocks on the regular, without sacrificing his defensive efficiency–his fouls per game is hovering at 2.3, practically equal to his career average of 2.2.

One has to imagine that some of these irregularities will settle back down to normal. I’m particularly optimistic about his accuracy from the corners–as Wiggins becomes more accustomed to putting up shots in the Chase Center, expect his shooting splits to reflect his growing sense of comfort, especially several months into the season (he’s yet to play 20 games in the Chase Center, compared to over 150 at the Target Center). As for his struggles from the midrange? Don’t expect them to stop anytime soon. In yet another strange twist, the Warriors no longer seem able to adequately space the floor. So far, the Dubs have been able to lean into the oddities of the season–their .500 record is better than most expected after the first games of the season. But for the Warriors to truly seek to contend, they’ll need a few more surprises to fall into their lap.

All Of This To Defeat LeBron James?
The NBA’s Top 5 Rookies