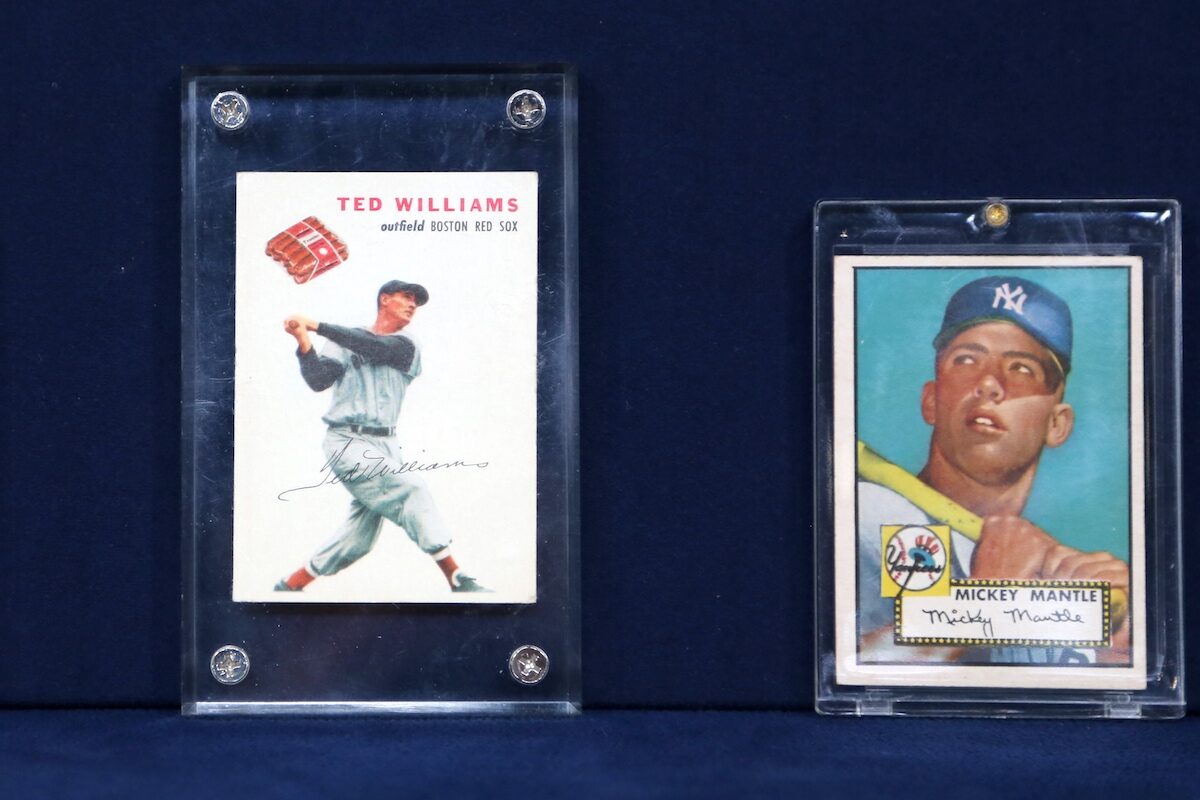 Baseball card collecting is a staple of fans around the country, and Saturday was the day to celebrate a life-long hobby.

National Baseball Card Day took place on Saturday, August 7 of this year.  The holiday dedicated to over a century of appreciating our favorite players in rectangular paper form is worth circling on the baseball calendar.  As a fun and accessible hobby for little kids to get into, baseball card collecting is a great way to introduce new generations to all the different teams, jerseys, and statistics that make up the sport we love.

As a baseball card collector myself, I was happy to take part in the celebrations.  I was probably seven or eight when I started buying packs and kept up with the new sets for a few years.  Now that I am older, I renewed my interest in baseball cards, albeit with different reasoning.  In elementary school, I would quite literally play baseball with my baseball cards, and sort them in all sorts of different categories (color is a fun one).  You can imagine that many of them are bent out of shape.  Nowadays I separate anything that might be of value someday and hold them more carefully.

That brings us up to Saturday.  To commemorate National Baseball Card Day, Topps is giving away free packs at participating stores.  The same is true at Major League stadiums, but the event at Fenway Park was a couple weeks ago.  So instead I went to my local baseball card store in Newton, right outside of Boston.

Baseball Etc. is your typical hobby store.  It is a narrow, wooden room inside of an old brick building.  The wall on the left is basically storage space of additional shelves and boxes, and clear containers with a sparse array of cards.  The right side is what customers go for, with cards belonging to every sports league in the country and endless versions of Magic: The Gathering (you know, the “etc.” part).

The salesman is an old man who has been working there longer than I have been shopping there, so there is a good chance he is the owner.  I asked him about the National Baseball Card Day promotion, and he promptly handed me two identical packs from a box off to the side.  I kept one unopened just in case, but they both had a Jacob DeGrom card on the front and a social media plug on the back in a see-through case.  When I bought a few packs, the man handed me a bonus Fernando Tatis Jr. card.

A pack of superstars is all well and good, but any collector knows there is no money in veterans.  A single-day giveaway might be worth something some day, but the real value is in rookies and prospects, let alone autographs.  (If you have read my articles before, you know I am interested in prospects.)  I asked the salesman if he had any prospect packs, and he brought out a box of 2020 Topps Heritage, which are designed like cards from previous decades.  I also bought a relatively expensive Bowman pack, which did not promise prospects but featured two on the box’s cover.

My dad, a victim of the mid-century mothers who threw out their baseball cards, came with me Saturday.  He raised his eyebrows at me spending $24 when we ostensibly only walked in for freebies.  But my investments paid quick dividends.  Almost every card in the Heritage packs is now a big leaguer or a notable prospect, headlined by Top 100 guys Francisco Alvarez and Tyler Freeman.  I feel good about making a few dollars someday off of those.

Even better is the Bowman pack.  The subsidiary of Topps is known for making cards of prospects, and the ones with a “1st” icon are worth the most, since there are no earlier cards to find.  The first half of the ten cards were all the good players currently in MLB, such as Christian Yelich and Sean Murphy.  The last five were all prospects who will hopefully turn into stars.  But the most exciting part, is that two of them are chrome.

If Bowman 1sts are desirable, then Bowman 1st chromes are the most desirable.  A silver sheen covers the smooth card, and the rectangle is naturally bended a little compared to being completely flat.  I pulled chrome cards of J.J. Bleday and Gunnar Henderson, both Top 100 prospects.  Bleday was the fourth overall pick in 2019 and is a key part of the improving Marlins organization.

As an Orioles fan, pulling a Gunnar card means a lot more.  A second round pick out of high school in 2019, Henderson improved more than almost any other prospect at last year’s alternate site.  As the youngest player in Bowie, he faced much more advanced pitching and had to adjust as a result.  By facing lots of high minors pitching, he became one of the top prospects in a strong Baltimore farm system.  He partially represents the hope of a winning future for a fanbase still suffering through years filled with losing.

Am I bragging about what I bought myself?  Maybe a little bit.  But baseball cards contain the rare sweet spot of childhood nostalgia and mature realism.  Those of us who collect can enjoy the various styles and see market potential at the same time.  Whether you perceive yourself as young or old, it is never too late to start a collection.  It only takes a couple valuable cards to make a valuable collection, and even if your cards are “worthless” most of the fun is in the obscure players donning dated uniforms and and facial hair.  Happy collecting!

Green and Gold Report: A’s See Impact From Trade Deadline Acquisitions as They Fall into the Thick of the Playoff Chase
The NL East: The Mets’ Struggles Have Opened the Door for Other Teams