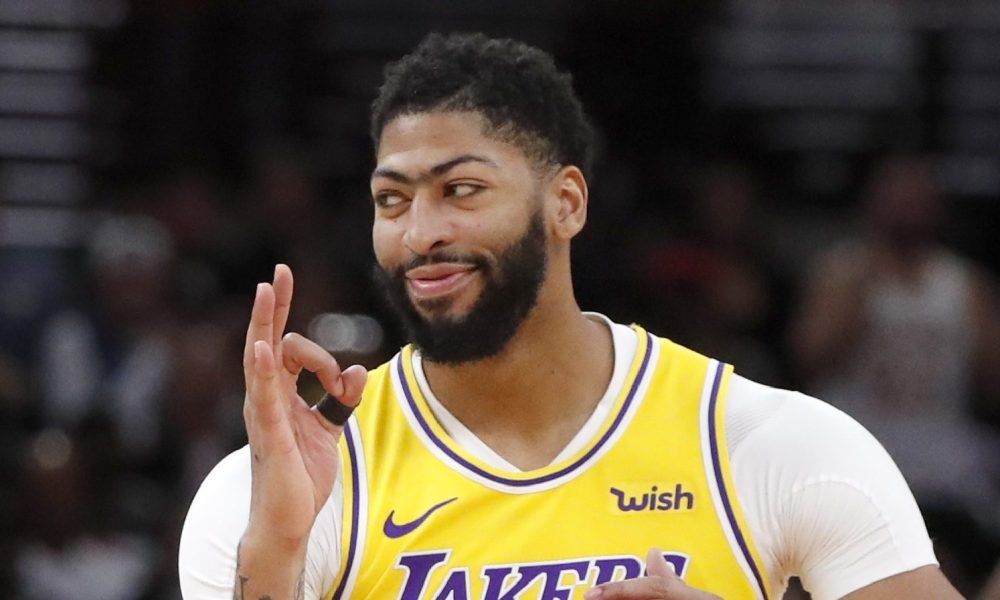 After 30 games, Anthony Davis is finally set to return against the Dallas Mavericks tonight. He hasn’t played since Valentine’s day against the Denver Nuggets when he strained his calf and reaggravated his Achilles.

It’s been a bumpy road since then. A little over a month after Davis went down LeBron James suffered a high ankle sprain against the Atlanta Hawks that had him out indefinitely.

As a result, the Los Angeles Lakers have looked like only a shell of their championship selves. In this stretch of 30 games since AD went down, they’ve went 14-16 after being 21-7.

In that time, they’ve added 4x rebounding leader, Andre Drummond, and sharpshooter Ben McLemore to the roster. Due to them still getting acclimated to their new team though it hasn’t translated to consistent winning just yet. As a matter of fact, the Lakers are 5-5 in the month of April.

This is why Anthony Davis coming back should be a huge help if he’s healthy.

“It feels good. I feel 100% healthy, I feel great,” said Davis. “Especially with the rest of these games. We got 14 games left leading to the playoffs…a lot of teams are unhealthy. So, for us to for the most part be healthy, and we got Bron who’s coming back as well who’s going to be 100% healthy so I think we put ourselves in a good position.”

AD hit the nail on the head because a lot of teams have been plagued with injury as of late (likely because the proximity of games with this year’s tight schedule) and it’s come at the worst time as we get closer to the playoffs being underway. The Lakers though have had the injuries happen to them with better timing.

Although they’ve had to endure more losses than they’ve been used to in the last year (and slipped to the 5th seed in the West because of it), it looks like they’ll be at full strength and ready to go on another championship run in time for the playoffs.

Currently the Utah Jazz and Phoenix Suns hold the top two seeds in the Western Conference, both to the surprise of many. So definitely don’t count them out because they’ve been playing exceptional basketball all season long.

Definitely don’t count the Lakers out either though, and even though last year was the first time in years that a 5th seed made it to the NBA Finals (the Miami Heat), the Lakers are the defending champions.