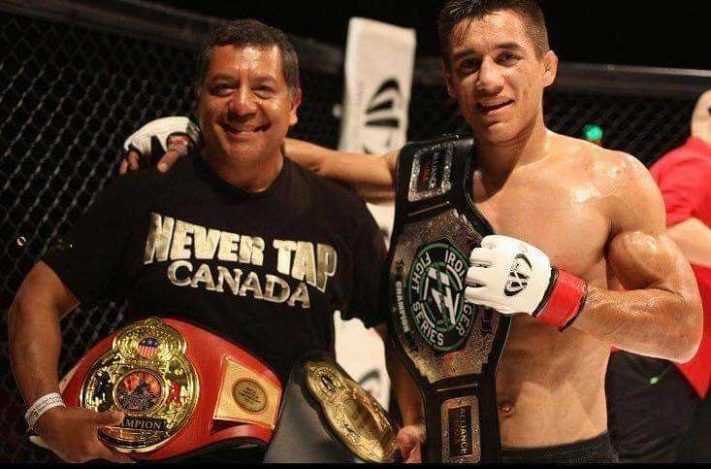 Canada’s number one lightweight Anthony Romero still expects to fight in the UFC after being snubbed of a contract earlier this week on Dana White’s Contender Series.

‘The Genius’ realizes how important it is to finish fights, which is why he’s making that his main focus going forward.

“Just like Dana White said… getting that finish–finishing the fight, but it’s a tough situation because it’s easier said than done.” Romero added, “There’s a lot of things going on in the cage and I knew even going into this fight that you gotta finish fights. No one wants to go all fifteen minutes, so I just gotta learn to be more violent and finish fights.”

Getting a win on the Contender Series is a great experience for a young fighter and Romero recognizes that even with not being awarded a contract.

“It was a great experience to compete at that high level,” he said. “Some people have their first experience going straight to the UFC. So to me it was a good warm up so I know what to expect when I have my first UFC fight.”

Romero may not have earned a contract on Tuesday, but the talent was obvious which is why he’ll be waiting by the phone for a call.

“I wouldn’t necessarily say I’ll wait until the next season (DWCS),” he told me. “They’re always taking short notice fights for the UFC so we’ll see what happens. I’m open to other organizations as well, but right now my main focus is the UFC and its always been my goal.”

It would not be surprising to see Romero get called to step in as a replacement at some point in the coming months.

He fought a great fight against Mike Breeden on Tuesday night. He completely decimated Breeden’s leg to the point the fight was nearly stopped. He also took some hard shots and proved he can eat them while continuing to deliver punishment. In all, Anthony Romero displayed impressive cardio, striking, and heart en route to a solid victory.

From this experience, ‘The Genius’ learned that he must be more violent and hunt for finishes going forward. Again, this guy has UFC talent written all over him. There’s zero reason doubt Anthony Romero’s future as a mixed martial artist.