AP Top 25 Poll: Kentucky, Duke, and North Carolina All Unranked – How we Got Here 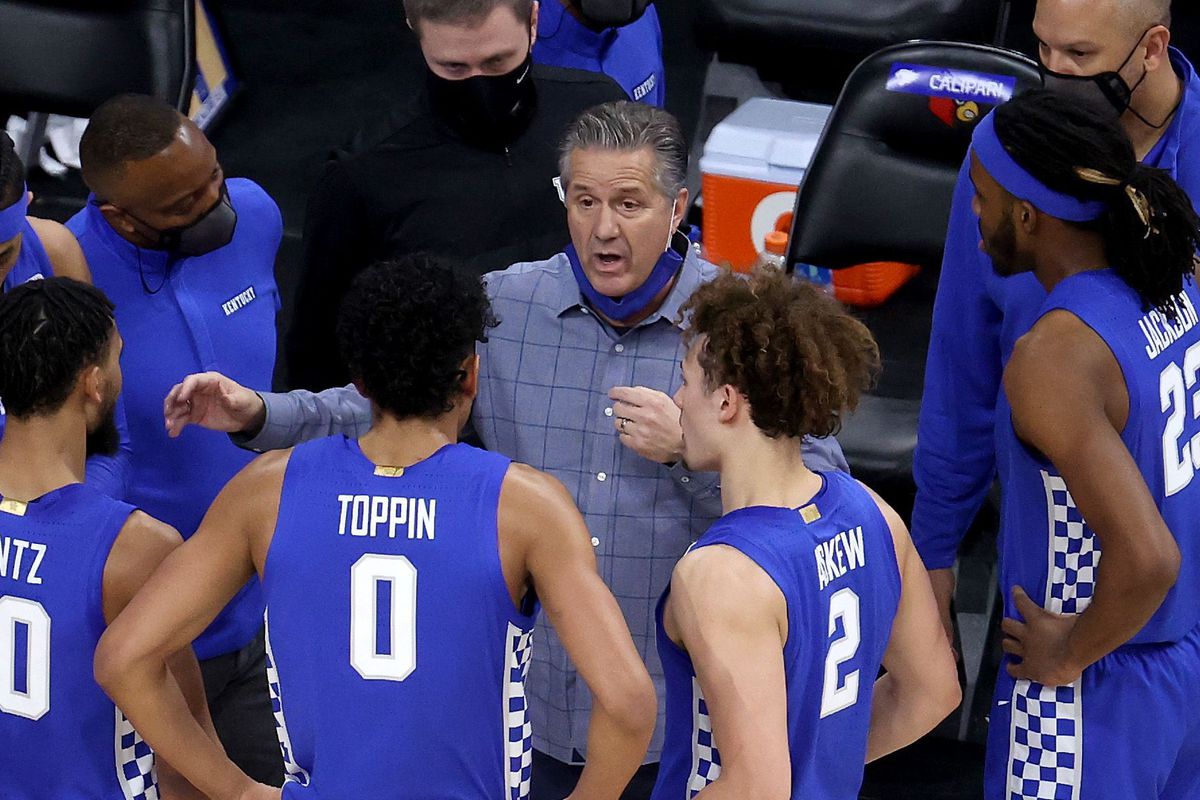 The latest AP Top 25 Poll is out, and three of the sport’s biggest blue bloods are on the outside looking in – and rightfully so. This marks the first time since 1961 that Kentucky, Duke, and North Carolina are all unranked.

Today is the first time in the history of the AP Top 25 Poll (began in ’89-’90 season) that Kentucky, Duke, and North Carolina are unranked at the same time. Moreover, while Kentucky and UNC have hit their respective rough patches over the past few years, it’s the first time Duke has fallen out of the rankings since the 2015-16 season.

What should we make of all this and can any of these college basketball powerhouses turn their season around?

John Calipari’s young ‘Cats are the most disappointing team in the nation so far. Where do we even begin? For starters, players haven’t meshed on or off the court, “star” freshmen have underperformed mightily, game-winning/tying shots have rimmed out, extended scoring droughts and more to create arguably the worst start to a season in the University’s historic history.

There are a plethora of causes for Kentucky’s (4-8) start, but we can divide it into three main reasons:

In all, this team can salvage what’s left of their season, but the time has to be NOW. However, with what we’ve seen, it’s difficult to envision an extended winning streak out of this group. John Calipari will not give up on this team, that’s for damn sure.

Duke was struggling to find an identity early on in the season. Then, they paused team activities for three weeks due to concerns over the COVID-19 pandemic. They just fell to a very good Virginia Tech team, after looking pedestrian against the bottom dwellers of the ACC – Boston College and Wake Forest.

Sophomore Matthew Hurt has made a sizeable jump in terms of usage this year – and he’s stepped up to the challenge. Yet, the same can’t be said for sophomore forward Wendell Moore – who’s averaging 6.5 PPG on 31% shooting.

One of the biggest issues that’s holding back the Blue Devils right now is the high turnover rate from their freshmen. DJ Steward, Jeremy Roach, and Jalen Johnson – all of whom have the ball in their hand’s a lot – are good for two and a half turnovers a game.

A significant reason for their carelessness with the ball stems from their lack of playing time together as a group. Similarly, to Kentucky, Duke would’ve benefited greatly from a few preseason tune up games to start the season. On top of that, their most talented freshman – Jalen Johnson – has missed three games and practice time.

The x-factors for this Blue Devil team are the freshmen guard duo of DJ Steward and Jeremy Roach. If Johnson can get back to full-strength and if the guards can efficiently facilitate the offense, they can still be one of the better teams out of the ACC.

Roy Williams’s Tar Heels are long and strong. They attack the glass and are active with their hands defensively. Guard play is North Carolina’s most glaring issue so far this season – and just like Duke, they’re freshmen guards.

Caleb Love and RJ Davis have really tested Roy Williams’s patience. The driving force behind that is their lack of improvement. In their game against Miami two weeks ago, Love and Davis combined 2-for-14 from the field and seven turnovers. That simply won’t get it done. Fortunately for UNC, both are trending to be multi-year players. Hopefully, they can learn over time.

Of the three teams detailed in this article, North Carolina has the best shot at turning things around. They aren’t necessarily the most talented roster of the three, but they have the most cohesiveness – especially with their forwards and bigs. Roy Williams’s squad has four players averaging at least six boards a game.

What the first two months of this college basketball season has taught us is that experience is key; this year especially. Kentucky, Duke, and North Carolina were left out of the latest AP Top 25 Poll – and for good reason.

As it stands today, the NET rankings have the blue bloods at 97, 92, and 56 respectively. Could you ever imagine a world where Kentucky, Duke, and North Carolina missed the NCAA Tournament in the same year? Crazy world we live in.