Arber Xhekaj: From Costco to Pro 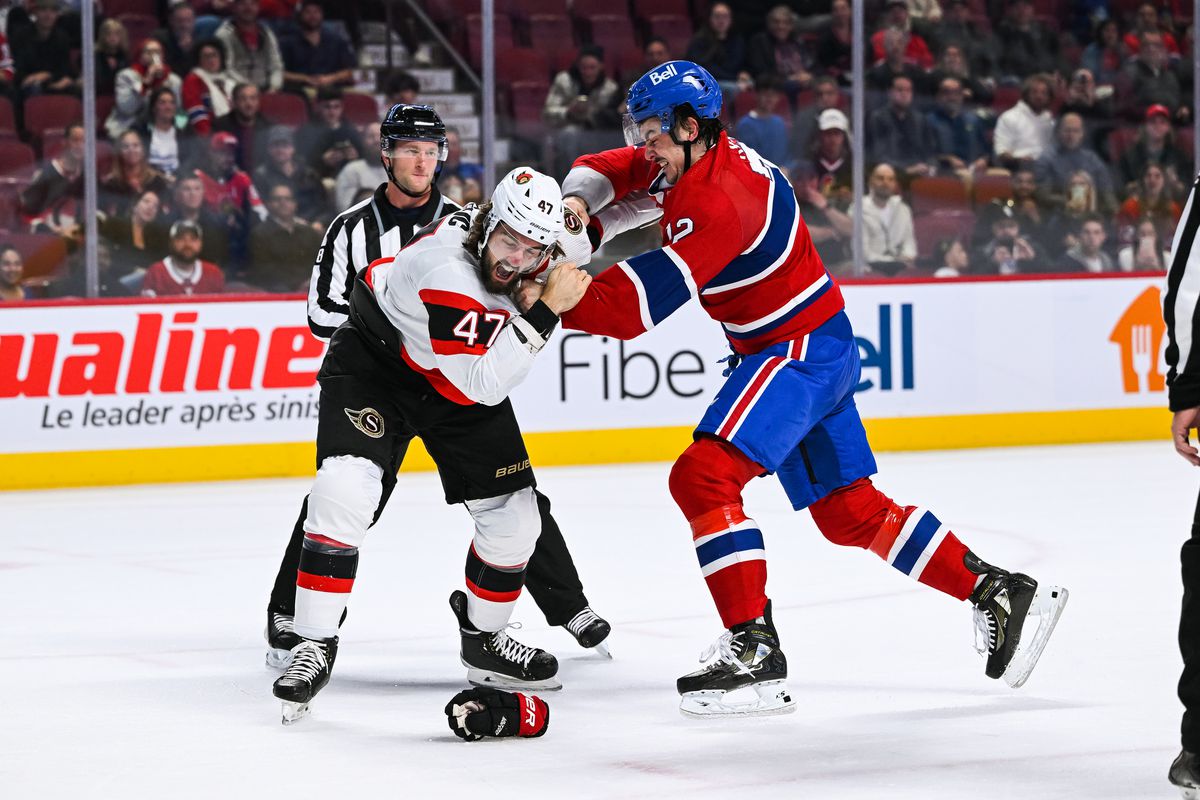 21 year-old Czech-Canadian, Arber Xhekaj (JACK-EYE) made headlines for being the youngest undrafted defenseman on the Montreal Canadiens to score a point in the National Hockey League. There was no draft before 1963 and from 1963-69 it was only used to supplement teams roster pools as most of the best prospects had been signed up by then. So in essence, almost any NHL player of any consequence before 1969 was undrafted. The prior youngest player to do so was 21 year-old Sylvain Lefebvre on October 7th, 1989.

Xhekaj who was never drafted by the OHL or the NHL, made his debut with the Canadiens on October 12th, 2022. The Hamilton, Ontario native came off an outstanding prior season that saw him guide his hometown Bulldogs to an OHL championship, recording 16 points in 18 contests during the playoffs last year. Xhekaj skated 12:47, threw four hits and had two shots on goal in his first NHL contest as the Canadiens defeated the Toronto Maple Leafs in their home opener. The 6’4, 238 lb. defender recorded 20 goals, 34 assists and 54 points in 161 OHL regular season games between 2018-22. Xhekaj worked as an employee at a Costco store where he was fired due to lack of availability from playing hockey at the same time. Three months later he made his NHL debut.

The former OHLer has been a problem for his opponents since his junior days, playing the style of game that endears him to hometown fans and infuriates those who play against him. Signed to an entry-level deal with the Habs after an impressive showing in training camp last year, Xhekaj earned this point in his career the hard way. He was an invitee to the Habs’ rookie camp and then earned a call to the team’s main camp. To say Xhekaj has been a problem for his opponents this pre-season would be an understatement. He’s made hits with players such as the Toronto Maple Leafs’ Michael Bunting and almost everyone on the Ottawa Senators in the rookie tournament and four pre-season encounters.

“I like being the bad guy,” Xhekaj said in a post-game interview. “Off the ice, I’m a nice guy and I’m very calm and gentle. But when I get on the ice, it comes out of business, and I can flip the switch pretty quick.”

Xhekaj is a bit of a throwback player. Aggressive, offensive, and downright punishing as a defender. He also brings some modern qualities to his game such as quality skating ability and intelligent passing skills. He has a big shot as well, and he certainly isn’t afraid to use it.

He’s been suspended twice in the OHL. Once for a slew foot and another time for making a sleeping gesture after a fight in which he knocked his opponent out cold. Xhekaj was feared in the OHL. Xhekaj understood how to play a simple, safe and effective defensive game while also battering his opponents in front of the net and along the boards. He has effectively blended the old-school enforcer with the modern-day defenseman. That physicality and brash nature that Xhekaj brings to the game has endeared him to the Canadiens’ coaching staff and management, as well as fans. Those qualities are also why he may have a case to at least start the season with the Habs. Needless to say, Arber Xhekaj is a player to look out for in the coming seasons and can be a huge turning point for the Canadiens if they choose to hold onto him.