Are Heads About to Roll In Dallas? 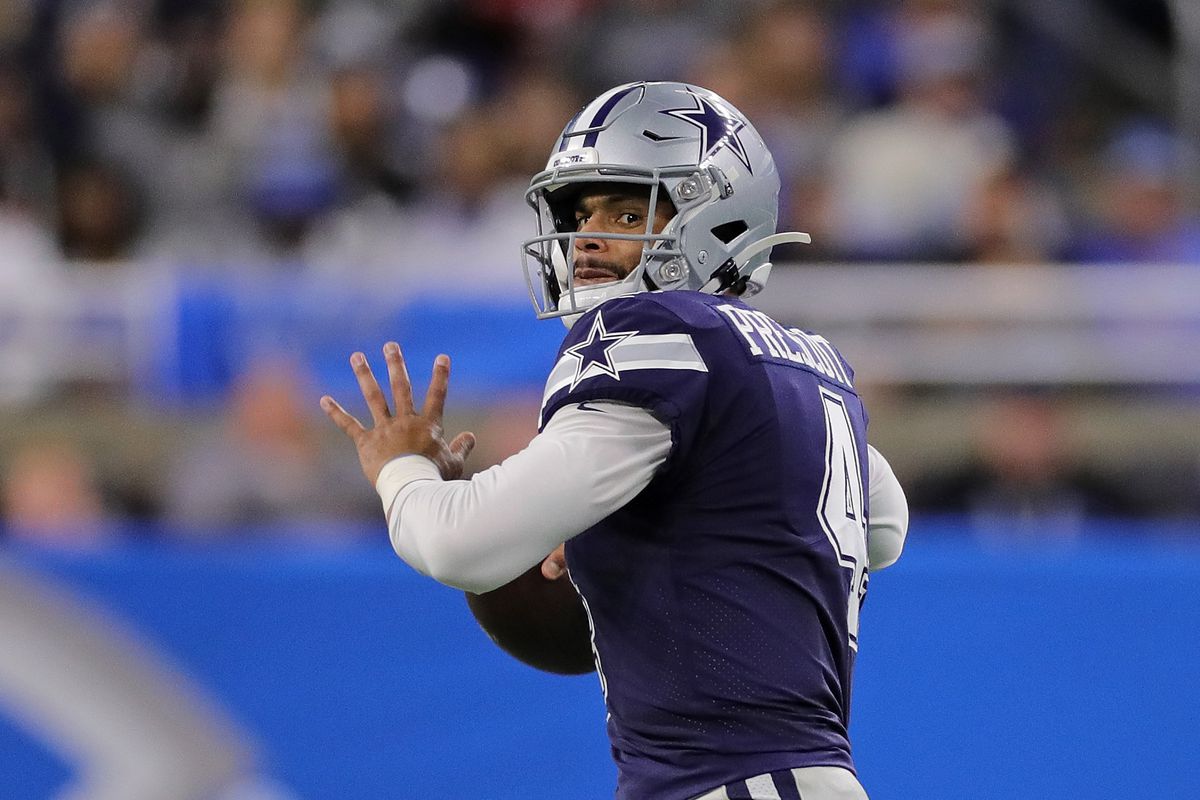 Are Heads About to Roll In Dallas?

Some may say Dallas Cowboys Dak Prescott is overrated, underwhelming, or even unreliable. The truth of the matter is, Prescott is statistically having a good season.

Surrounded by receivers like: Amari Cooper, Michael Gallup, Randall Cobb, Prescott has become much more than just a running quarterback. It has also helped him to become the top passer in the NFL this season, with 3,788 yards.

Although Prescott has great numbers, the Cowboys collectively have been looking pretty rough lately. The Cowboys have not beaten a team with a winning record and are now 6-6 after the Thanksgiving game vs the Buffalo Bills. Even though the Cowboys are still first in the NFC East, their fans have always had a love hate relationship with their team and right now fans are being very vocal about their frustration with the team. Currently there is a lot of noise about wanting coach Jason Garrett gone. BUT Cowboys owner Jerry Jones shut those speculations down and let the fans know:  “I am just not going to make a coaching change.”

The fans may feel one way about firing Garrett, but the players stand behind their coaching staff and only blame themselves for how this season has turned out.

“I feel like this is a man’s game, it’s not just on the coaching staff,” said defensive end DeMarcus Lawence. “I don’t feel like they did anything to hurt us, we did the self-inflict wounds. It’s really about the offense and defense capitalizing and we didn’t really do that.”

“ (Jason Garrett) is somebody that approaches each and every day with the same mindset, with the same mentality and that is what you need in this league,” said Presscott. “You can’t get too up and you can’t get too down, you have to stay the same. What he gives to this team, the energy, the focus level… we’re thankful for him. We need him to do what we’ve got to do.”

The Cowboys’ four remaining games are very important; winning all four will give them the best chance to make it to the playoffs. Dallas has a promising QB and a lot of key players to put in the work needed to come out successful. Prescott believes the team can turn this around.“100 percent,” said Prescott. “No belief has been lost, no confidence has been lost. This is simply execution.”

“Talk’s cheap, said Prescott.” “We’ve talked a lot and talked a bunch and gotten ourselves to right where we are. At a moment like this, I say hell with the talking.

Talk is definitely cheap. The Cowboys (6-6) play the Chicago Bears (6-6) Thursday night. Hopefully Dallas is able to turn things around, break their losing streak and prove they are not all talk.