Are the Saints in Trouble? 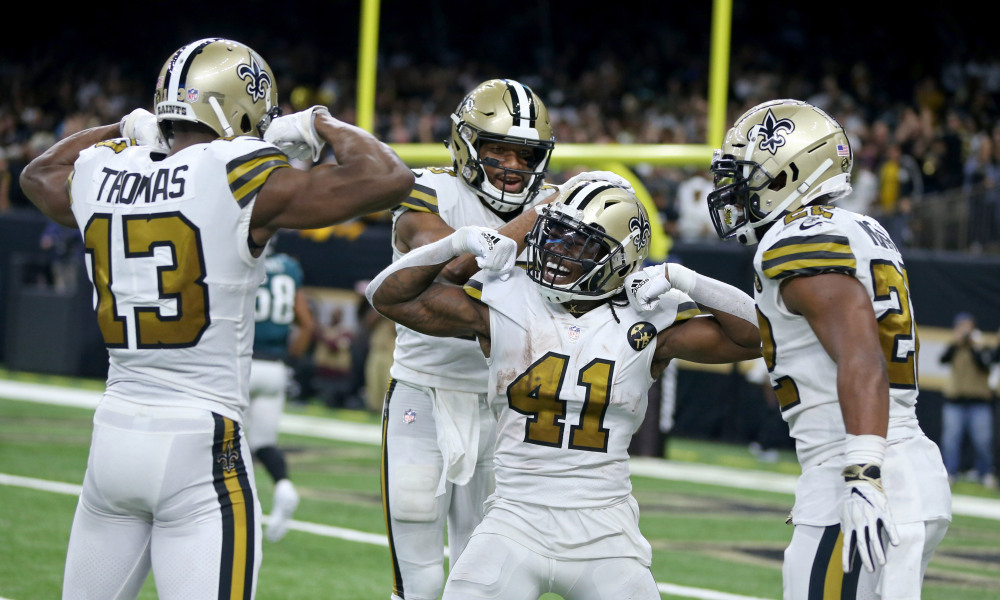 Is it time to panic in New Orleans? Of course not. The Saints were due for one of these kinds of games having come off nine straight wins, “I don’t think we did much of anything well in the first half,” said head coach Sean Payton. New Orleans fell to a 17-0 deficit at halftime that really should’ve been a 20-0 hole if Philadelphia kicker Jake Elliott hadn’t missed a 22-yard chip shot. The Saints showed some toughness and grit fighting their way back to make it a 24-21 game with about a minute to go. But they ended up falling just short of a decent comeback attempt.

You’d be hard-pressed to find a team that has dealt with as much heartbreak and devastation as the Saints have the past few seasons. In each of the past three seasons, New Orleans has had their season ended on the very last play. They have set themselves up nicely to change their fortunes this season but this past Sunday, they took a pretty significant step back. This hiccup in December is reminiscent of 2019.

Last season, the Saints lost a thriller in the Superdome to the San Francisco 49ers 48-46, which dropped them out of the number one seed in the NFC. These two games may not be very comparable as the 2019 49ers were much better than the current 2020 Eagles.

However, last Sunday, the Saints were once again without Drew Brees. But that’s not an excuse as the Saints were 8-0 without Brees over the last two years going into this game. They had the league’s number one scoring defense going up against a rookie quarterback making his first career start.

The Saints offensive and defensive lines each lost their respective battles in the trenches and backup Taysom Hill had some moments in the second half but ultimately, his skill set limits their offense to come back from those kinds of deficits.

Although losses like these can act as a blessing in disguise where teams are forced to reset, and reevaluate, it may have also greatly hurt the Saints chances to come out of the NFC. This is not just a minor bump in the road; here are the two biggest causes of concern the Saints will deal with moving forward:

There are still three weeks left but after the loss to Philly, New Orleans lost control of the #1 seed to Green Bay. Both teams stand at 10-3 but Green Bay holds the tiebreaker over New Orleans because of their week three victory.

The margin for error is gone in New Orleans – they need to win out in their remaining three and hope Green Bay falters at some point. The only problem? New Orleans has Kansas City this Sunday without any encouraging signs that Drew Brees will be back.

Many coaches have acknowledged that the allure and desire of home field could definitely be way more of a non-factor this year given the COVID-19 protocols. Before the season, Sean Payton stated home field would be neutralized without having to deal with any noise constraints as a road team.

Even though this is true, the Saints road to the Super Bowl now goes through Lambeau Field. The Saints who are used to warm climates and domes in the NFC South will now have to evidently win in Green Bay.

This is the biggest dealbreaker: even without fans, the #1 seed should have even more of an advantage in this new playoff format. Since the NFL elected to expand the playoffs to seven teams, the #1 seed is the only team that will be granted a bye in the playoffs.

Of the ten teams to be featured in the last five Super Bowls, every single one had a bye.

Collectively, the Saints are one of the oldest teams in the NFL. They are led by a 41-year QB who has missed over a month of time because of eleven cracked ribs and a collapsed lung.

The value of being able to rest up and recover after a treacherous regular season cannot be understated. The physical toll will always be brutal but the mental and emotional stress of this season due to the pandemic has presented a whole new element.

With all these reasons considered, the bye week becomes even more valuable for the Saints.

All in all, the Saints aren’t done. Actually, far from it – they’re still a very good football team and will be in a better spot once they get back their most valuable player Drew Brees.

Nevertheless, because of the makeup of their team considering their geographical shortcomings along with their older roster, obtaining the bye week and a home field advantage was paramount to their success.

Unless, the Saints run the table, they will now have to win three tough games, while one of them being in Lambeau Field to get to the Super Bowl.