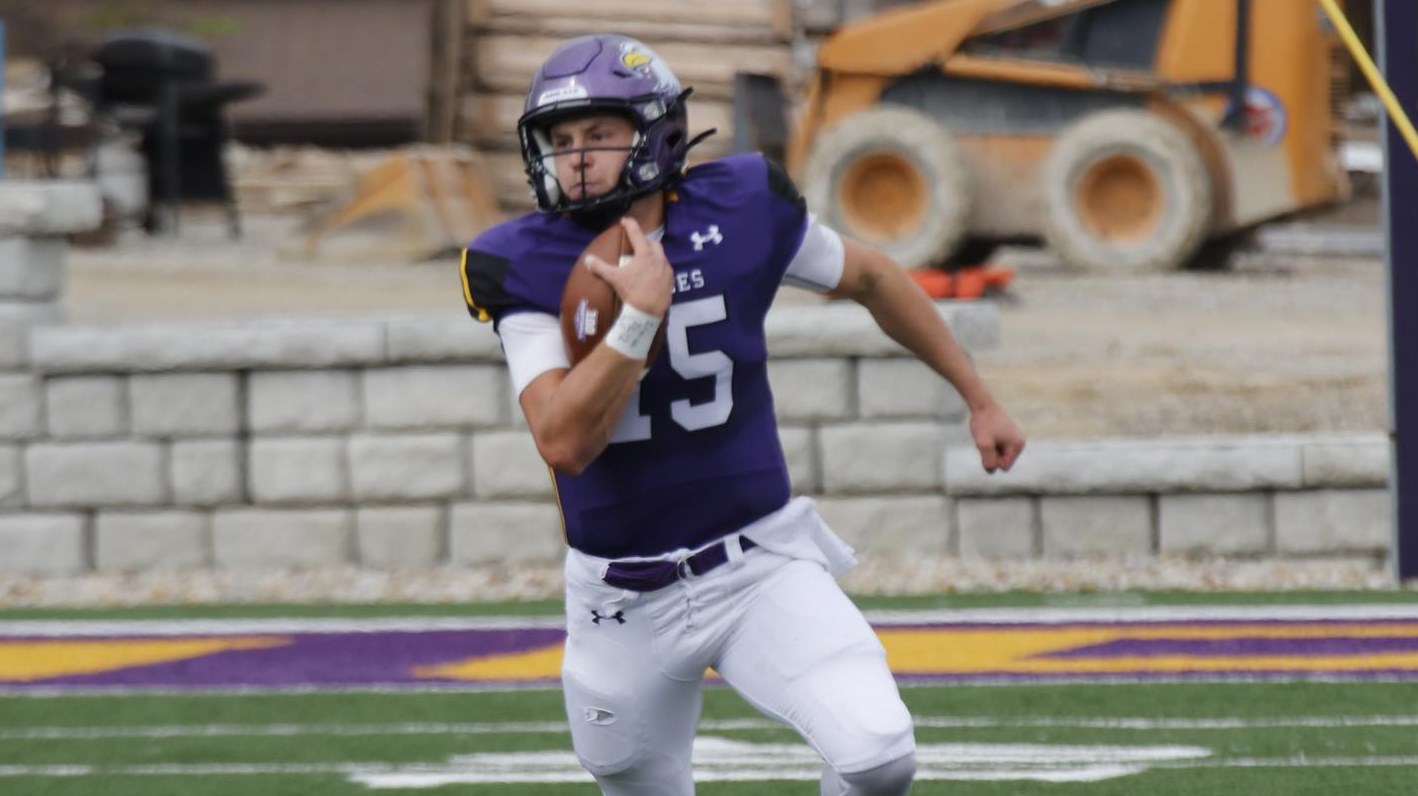 Above: Ashland In Good Hands with quarterback Austin Brenner. In this picture, Brenner is dropping back to pass against Quincy University in Sept. 2021. Brenner recently became a member of the 2022 Allstate AFCA Good Works team. Brenner is recognizable not only for his play on the field but for his religious work in the Ashland community. Photo Credit – goashlandeagles.com.

Ashland University is in good hands, thanks in large part to quarterback Austin Brenner. The fifth-year senior put in a solid campaign in 2022.

Brenner threw for just under 2000 yards, with 19 touchdowns to just 8 interceptions, while maintaining a 63% completion rate. He also led the Eagles to their first playoff win in 5 years. However, that’s not the only going for the former Copley Indian.

I mention here his recovery trail from a season-ending knee injury last season. Not only that but he’s found multiple accolades come his way in the 2022 season.

Brenner made this year’s group for his recognition of his work done within the Ashland, Ohio community.

Along with being a student-athlete, Brenner is active in service with mission trips, going on church retreats, and even serving as a youth leader at Southview Grace Brethren Church.

And this AFCA article here details some of the qualifications to be a part of their Good Works roster.

Despite 2022 potentially being his last collegiate season, Austin Brenner is more than a serviceable quarterback in Ashland. Not only does he provide stellar numbers on the field, but his work in the community makes him a household name. He truly has put Ashland University in good hands for his student-athlete development.

Knight on the Town: Los Angeles
A Clint Malarchuk Retrospective