Assessing The Rest Of The Pacific Division 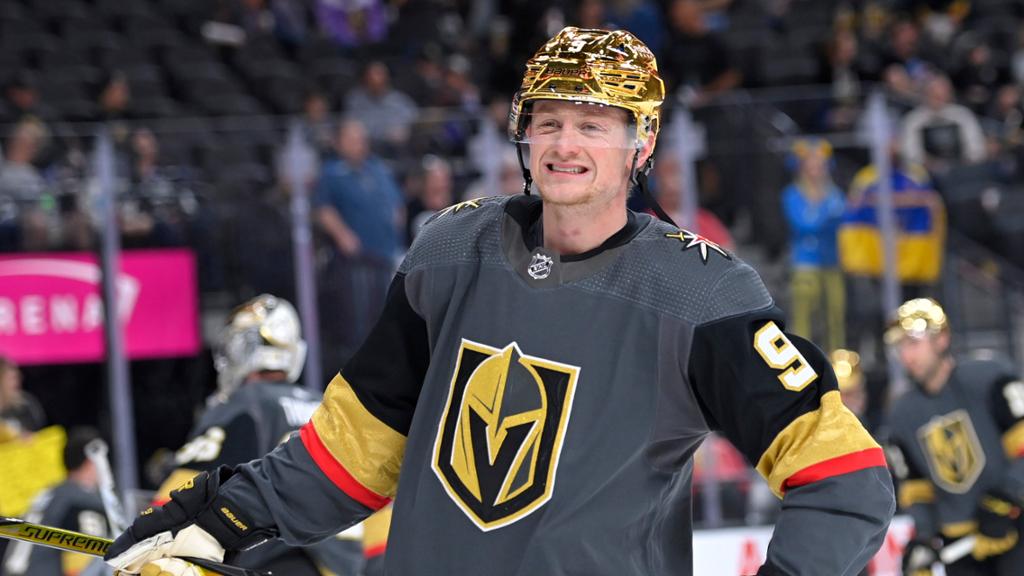 The Vegas Golden Knights are sitting pretty atop the Pacific Division with 16 points. That’s good enough to tie the Boston Bruins for best in the NHL as well. While the Knights are cruising through the league thanks to Jack Eichel and crew, they must take care of their division first.

While that’s easier said than done, they can do it. That’s especially true with their hot start, which puts them in a comfortable position on top. Let’s take a look at how much of a threat each team is, from the jokes to the juggernauts.

Obviously, the following teams aren’t to be taken seriously, starting with the San Jose Sharks. Gone are the glory days of Joe Thornton and Patrick Marleau putting the team on their backs. Now, the organization is in a rebuild, trying to get the Stanley Cup. We don’t talk about the Sharks like we don’t talk about Bruno.

Any team that starts the season on a seven-game losing streak shouldn’t be taken seriously, either. I’m looking at you, Vancouver Canucks. There are all sorts of dysfunction in Vancouver, with the blame being placed everywhere. It’s looking like the Canucks will miss the playoffs for another year. Ignore them.

The Anaheim Ducks might not make the playoffs, either. However, they do have Trevor Zegras, who’s the future franchise cornerstone. The rising star will be a vital piece for the Ducks organization going forward, so Vegas must be careful moving forward. But for now, they’re a non-factor once Zegras is removed from the equation.

One team that might make some noise this season is the Seattle Kraken. I like Seattle’s goaltending tandem and Matty Beniers (four goals, four assists) is a nice young piece. He’s the Kraken’s version of Zegras, making himself the cornerstone piece in the Emerald City.

Another aspect of Seattle’s game is puck distribution. Every Kraken player has an assist this season, with 12 skaters having at least three assists. That explains why Seattle is fifth in expected goal percentage (56.95%). Their even distribution gives every playmaker a chance, making them tough to defend. This team knows how to create scoring opportunities, which will be tricky for Vegas to handle. Taking away these opportunities and winning the puck possession battle is vital.

Also, keep an eye on the Los Angeles Kings. Last season, L.A. dealt with a myriad of injuries last season and still made the Stanley Cup Playoffs. Kevin Fiala (two goals, seven assists)  and Gabriel Vilardi (seven goals this season) are excellent playmakers, creating opportunities with their hands and creativity.

The Kings are also a young hockey team (28th in the NHL regarding average age at 26.43). Los Angeles’s core has staying power and their front office is making the right moves, starting with signing Hiala long-term. They’re easily the best California team in the NHL and will hold this title for years to come.

Now it gets harder from here. These next two teams will cause the Golden Knights problems this season. Their philosophies might be different, but they’ll be troublesome for Vegas throughout the year.

Let’s start with the Calgary Flames. While they lost Johnny Gaudreau this off-season, they added Nazem Kadri. The former Avs star is making an impact in Calgary, with four goals and five assists so far. He has gotten the Flames going thus far, making them a potent force.

What isn’t talked about is how they score at the right time. While the Flames don’t score much, they score when it’s needed. Calgary sits at 10th in expected goal percentage at 52.21%, which is a testament to their positioning. Taking away their lanes and opportunities is vital to beating them.

The other monsters are the Edmonton Oilers. Everyone knows what Connor McDavid and Leon Draisaitl can do as a duo. Those two can cause issues for the Vegas Golden Knights and beyond. However, there are other problems for Vegas, such as Ryan Nugent-Hopkins (five goals) and Zach Hyman (six goals).

The Oilers score goals in bunches, which makes them a tough team. But they’re also getting contributions from unexpected places. Stuart Skinner (1.59 GAA, .955 SV%) has been a positive for Edmonton. Evander Kane (six assists) has surprised the masses in a new environment, post-gambling issues. There’s a reason why they made the Western Conference Finals last season, with key players in low places being the case.

Granted, both teams are older (tied for fifth for average age with an average of 28.33) and will likely fall off soon. However, the Golden Knights will have their hands full with these two teams in 2022-2023. Whether it’s the timely Flames or the offensive juggernaut in Edmonton, holding their division lead won’t be easy.

What can Vegas do? For starters, be strong on special teams. Edmonton has the second-best power play in the NHL now (33.3%) and Calgary (26.9%, good for eighth) isn’t far behind. Killing off penalties when needed is key, which is what Bruce Cassidy was brought in for. His special teams acumen should save the Knights this season, especially when facing the Flames and Oilers.

Another aspect is goaltending. Not having Lehner due to hip surgery stinks. However, Logan Thompson and Adin Hill must hold strong in his absence. Having a strong defensive-minded unit helps, which is why Vegas goaltenders are averaging the lowest GAA thus far (1.70).

Getting off to a hot start was much needed for the Golden Knights, especially after missing the postseason last year. But maintaining that start requires beating up on the division. If Vegas can mow through the Pacific this season, watch for them to make noise in the NHL.

Lakers Struggles Continue, Fall to 0-5
Bruins Off To A Hot Start