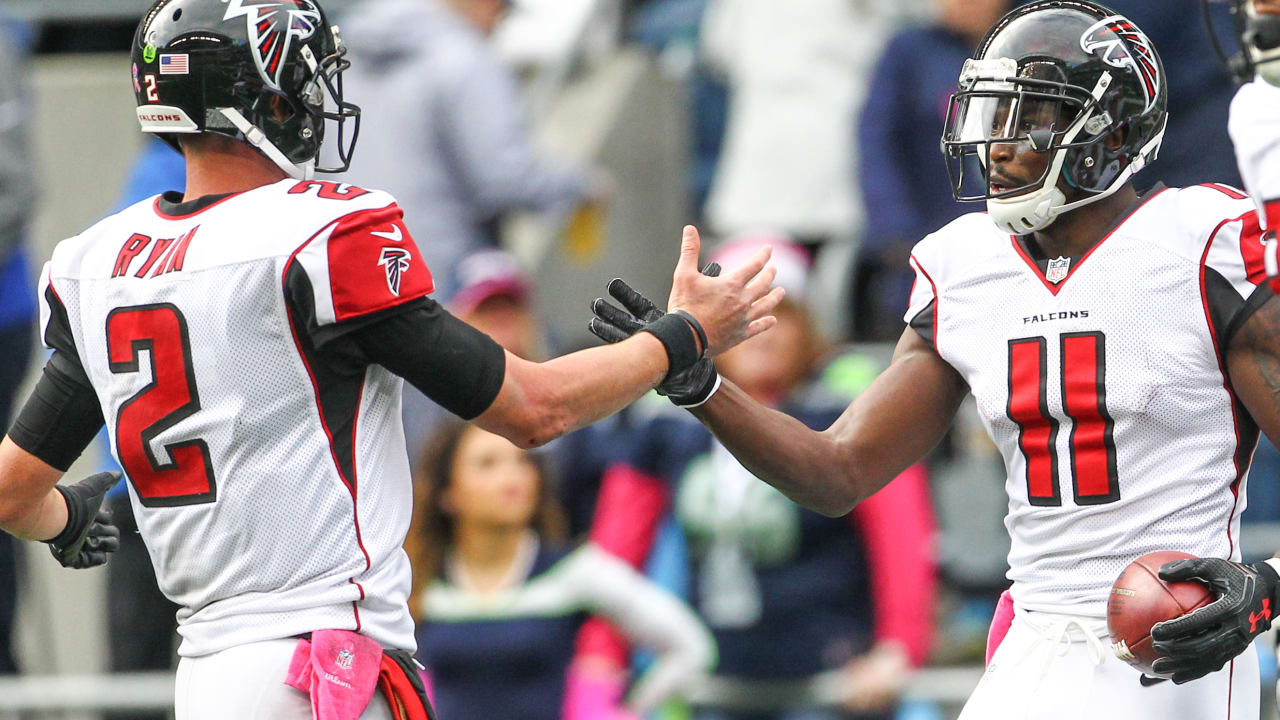 The NFL trade deadline is quickly approaching on Tuesday, November 3rd, which has sparked numerous trade rumors, especially for the Atlanta Falcons.  While it is fun to make predictions in regards to which players may or may not get traded, two large names on the Falcons can be crossed off…Matt Ryan and Julio Jones.

According to ESPN’s Adam Schefter, the Falcons will not be trading their star quarterback Ryan or Hall of Fame wide-receiver Jones. Even though the team has extremely struggled this season where they sit in last place in the NFC South with only one win this season, they are still not ready to let go of these players. Ryan still has three years and $74.75 million remaining on his deal, but he is not guaranteed a position with the Falcons for the next season just guaranteed the rest of this season. Jones is owed $38.326 million over the final three years of his deal, but only $15.3 million of that will be guaranteed after this season. Nothing is set in stone moving forward so anything is possible.

Jones is still one of the top receivers in the NFL with 23 catches for 350 yards and two touchdowns this season so far. He is first in the league for receiving yards with 12,475 and second in receptions with 820. Ryan is ninth all-time in passing yards with 53,029 and is second in the league with 1,842 passing yards this season. He also has eleven touchdowns with just three interceptions. Of course there is always room for improvement, especially this season, but trading them would not be the best move for the team right now.

The tough decision now is whether or not the Falcons should focus on rebuilding their team overall or build around their current aging quarterback and wide-receiver. Atlanta had to make the difficult decision to let go of their head coach Dan Quinn and longtime general manager Thomas Dimitroff this season, which puts a lot of pressure on the organization to get their staff back in order. The smart move right now would be to focus on rebuilding a strong staff that can get this team back to where they need to be. Then they can better focus on rebuilding the team and players moving forward.

Nothing is guaranteed for this team after going 1-5 so far in this season. The Falcons could have chosen to let go of Ryan and Jones, but the best decision for them at the moment would be to build around them and strive to make a comeback this season. Most importantly the team needs a head coach and general manager that can make the decisions and plays that can lead them to a superbowl once again.