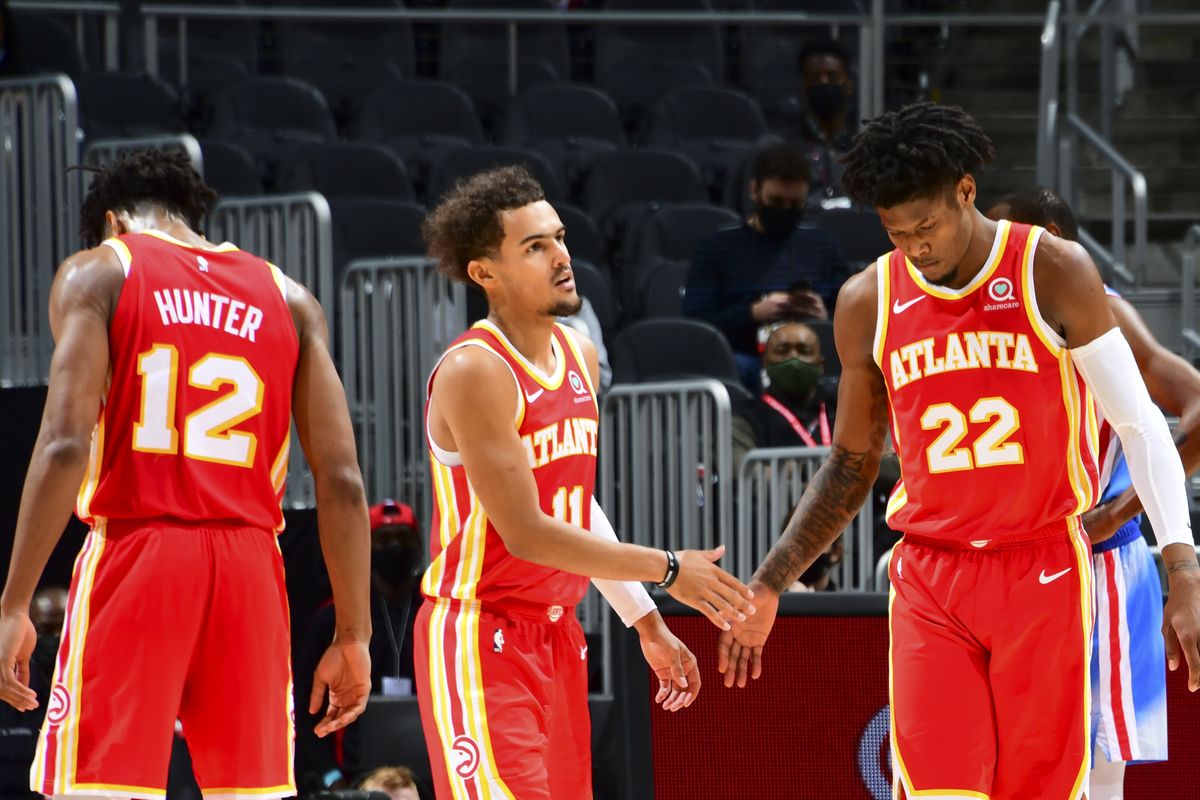 Expectations were high coming into the 2020-21 season for the Atlanta Hawks. Their impressive offseason featured some nice draft and free agency picks including names such as Onyeka Okongwu, Rajon Rondo, Danilo Gallinari, Solomon Hill, Tony Snell, and more. Predictions were high for the Hawks being a playoff team this season, but that prediction seems to be slipping away from them as the season progresses.

The Hawks are currently 12-16 and in seven of those 16 losses, they had the lead going into the fourth quarter. They know how to come in hot both defensively and offensively, but when it comes to those last twelve minutes they cannot seem to keep that same momentum. Even if they do begin to make a comeback, it is not enough to result in a win. It is easy to blame losses on the opposing team getting in the way, but sadly the only thing getting in the Hawks way is themselves.

There is usually not just one reason for a team’s struggle even though fingers always like to point towards a star player, coach or GM. The reality is that it’s an accumulation of things. So what is it for the Hawks? For starters, a main impact for the team, and really every team, has been through no fault of their own. They have struggled with injuries quite a bit this season which right now includes De’Andre Hunter, Kris Dunn, Rajon Rondo, and Bogdan Bogdanovic all being out.

On top of that adjusting to playing in the middle of a pandemic has brought on new stresses never experienced before. There are limitations for on-court chemistry brought on by less practicing due to COVID-19. It is hard for rookies and players who are traded to a new team to adjust during this time because this prolongs the process of getting to know how to play with new teammates.

Again, this is out of the control for every team at this time, but there are still key aspects that the Hawks could be focusing on practicing more of in order to get back on track.

The Hawks have been making some bad judgement calls when it comes to forced shots or forced passes that then result in turnovers. Offensively, they need to take their time a little more instead of forcing shots when there are still 16 seconds left on the shot clock. They need to be more selective with their shots, especially in the fourth quarter where everything has seemed to go down hill lately; aside from a fired up Trae Young in their most recent win against the Boston Celtics. They need to focus on all working together to make plays for each other, especially when it comes to building around their star player Young.

Defensively, they really just need to be more aggressive by guarding better, creating turnovers, and boxing out their opponents to prevent rebounds/tip-ins. They need to be able to create better coverage all around to prevent from quickly falling behind as well.

The Hawks finally broke their losing streak against the Celtics where they won 122-114. Young came in hot during the fourth quarter shooting 16 of his total 40 points during this game. It seems as though the team was sick of losing and wanted to work hard enough to finally get that win. Though this win was definitely great to see, they can’t stop yet and become complacent where they are at. They need to keep up this momentum and drive from here on out.

All in all, whether it is the limitations that are out of their control or their bad judgement calls, the Hawks need to keep their motivation up and stay engaged. They have what it takes with a killer young core that should be bringing greater success for them overall, but without the drive it will get them nowhere. They need to create and execute a game plan and be more disciplined both defensively and offensively if they truly want to make it to the playoffs.