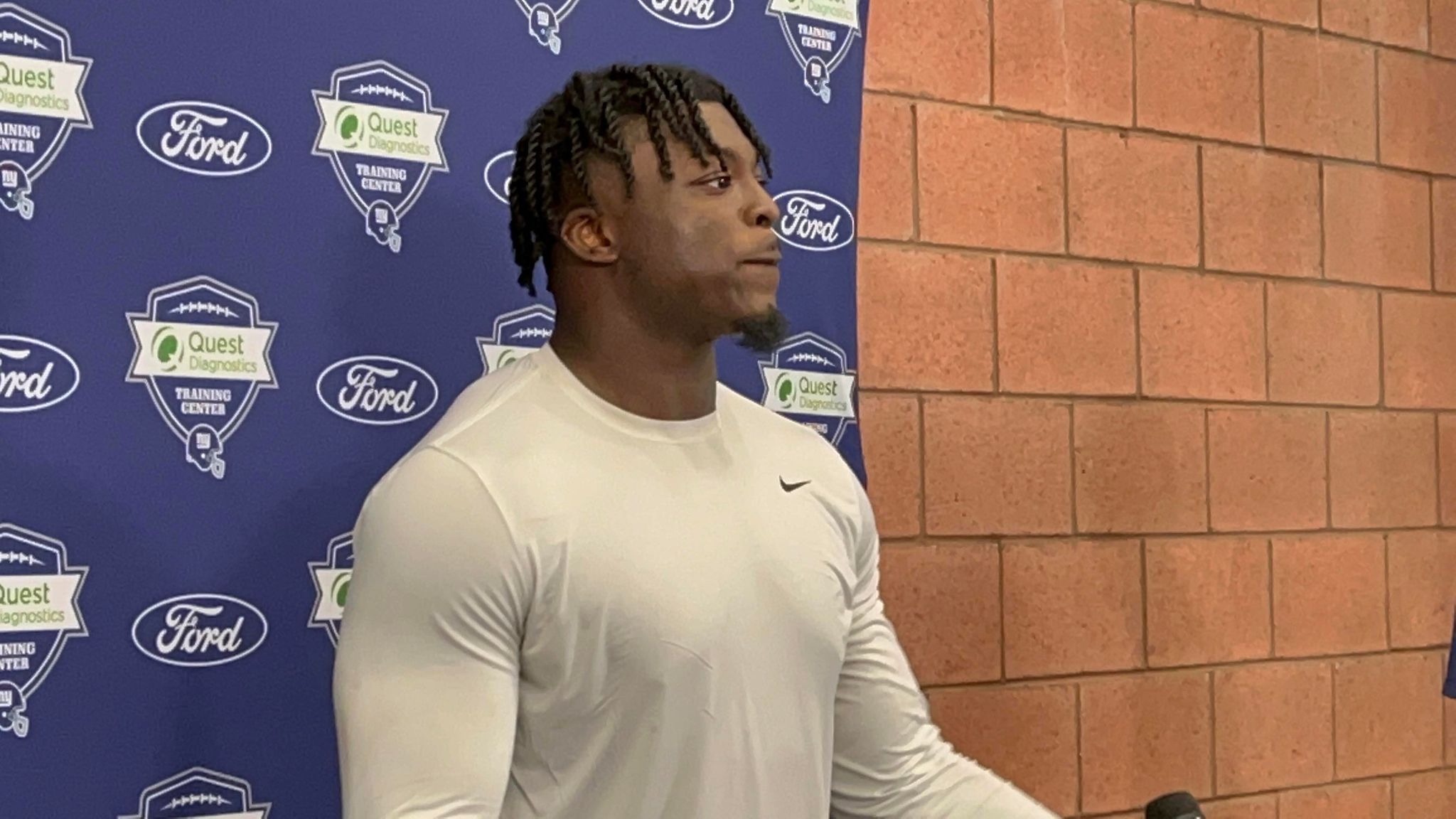 The Giants today removed three players from their roster, but the more significant news was the one player who returned to the practice field.

Second-year linebacker Azeez Ojulari, who last year led the team in sacks as a rookie, passed his physical and practiced for the first time since camp opened on July 26. Ojulari had been on the non-football injury list with a hamstring injury, though he officially remained on the 90-man roster.

At the same time as they welcomed back Ojulari, the Giants waived defensive back Michael Jacquet and guard Josh Rivas and terminated the contract of defensive back Jarrod Wilson. Each of them played Thursday night in the Giants’ 23-21 victory in New England in the preseason opener

Ojulari, the Giants’ second-round draft choice in 202l, led the team with a franchise rookie-record 8.0 sacks in 2021. He was the first rookie to lead the Giants since sacks became an official statistic in 1982. Among NFL rookies, Ojulari finished third in sacks, fourth with 13 quarterback hits and was tied for fourth with eight tackles for loss. He played in all 17 games, starting 13.

Jacquet joined the Giants on May 19. He played one game last season for Jacksonville and seven with two starts for Philadelphia in 2020.

Rivas was a rookie free agent from Kansas State.

Wilson joined the Giants on Aug. 1. He was the most experienced of the released players, with 84 career games and 33 starts.

The moves leave the Giants with 87 players. All NFL teams must reduce their rosters to 85 players by 4 p.m. Tuesday.