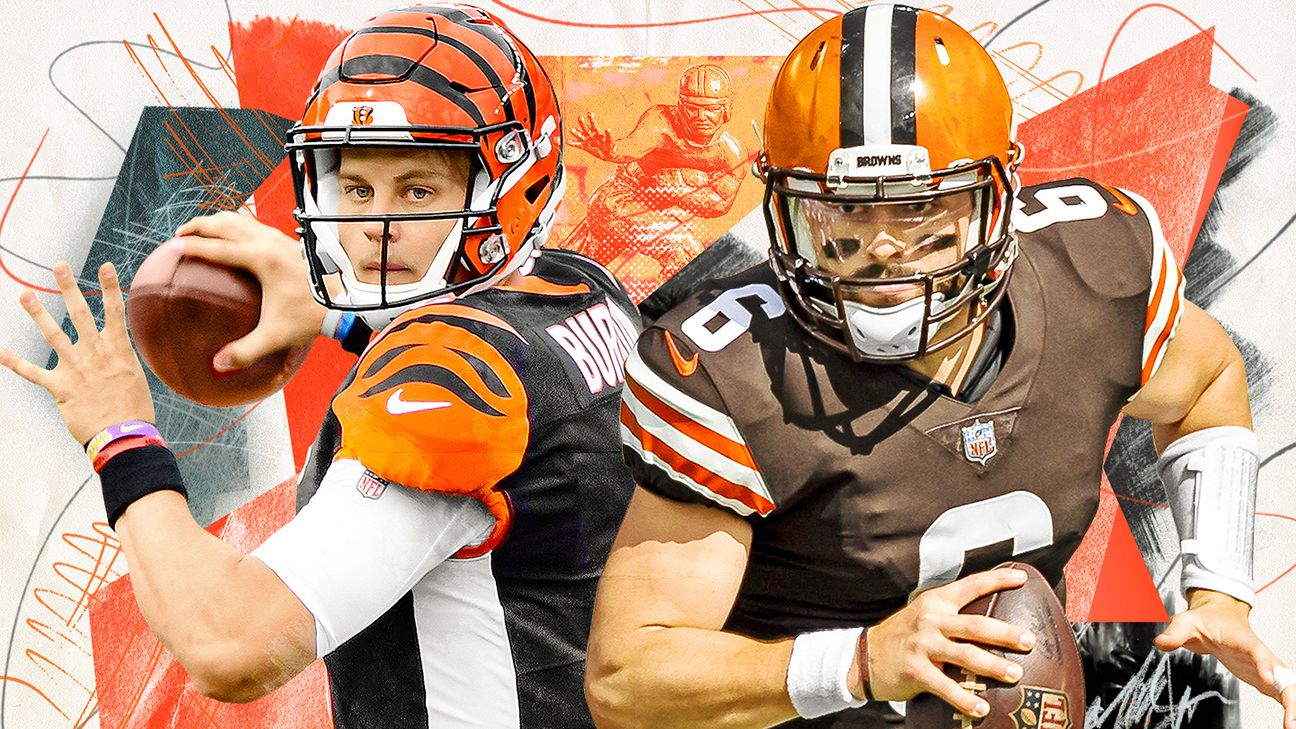 Last night's battle between Baker Mayfield's Cleveland Browns and Joe Burrow's Cincinnati Bengals was a win for Cleveland, but gave us a preview of what could be some great battles in the cross-state rivalry for many seasons to come.

Due to the COVID-19 pandemic, whatever your level of belief in it, it seems the doors of The Heisman House have been closed for the time being, no commercials welcoming Joe Burrow into the fraternity of Heisman Trophy winners.

Prior to last night’s game, I’d only seen that Baker Mayfield was going to stand for the National Anthem and that he was alone in covering the seats of First Energy Stadium in his Progressive commercial.

After a 38-6 bitchslapping by the Baltimore Ravens, the Progressive commercial was about the only positive press of Mayfield this week and about the only thing he’d want fans to see at this early point of the season.

That is, until last night, where Mayfield and the Cleveland Browns welcomed Burrow – and about 6,000 Cleveland Browns fans (isn’t that average attendance?) – into First Energy for the first of the season’s two cross state battles of Ohio.

Though Burrow only had one game – a loss – under his belt coming in, Mayfield and the Browns had no sympathy, hazing the rookie quarterback they best they could, and winning 35-30 to set the tone for themselves and what will surely be a fun in-state battle to watch in the foreseeable future.

Mayfield was the start of what looked like a three-year, three-Heisman run for quarterbacks of head coach Lincoln Riley and the University of Oklahoma Sooners. Kyler Murray followed Mayfield’s Heisman year with one of his own, and when Jalen Hurts transferred to Oklahoma, it looked like the hat trick might be complete for Riley and the Sooners.

But that wasn’t to be as Burrow took the honors as quarterback at Louisiana State University last year, outdoing Hurts in the vote tally in dramatic fashion, garnering 2,608 votes to Hurts’ second place total of 762.

Last night’s matchup wouldn’t be as easy, though on Cincinnati’s first drive – and throughout much of the night – Burrow looked comfortable picking the Cleveland defense apart.

Just ask Lamar Jackson, who picked apart the Browns like he did Deshaun Watson in Heisman voting in 2016 (before Mayfield, Murray, and Burrow).

Mayfield countered Burrow’s first series – which ended in a field goal – with a downfield blitz of on-point passes and Nick Chubb rushes to connect with Odell Beckham, Jr. for the Browns’ first touchdown of the season and the team’s true first highlight reel-worthy play of the season.

That seemed to fuel Mayfield’s momentum into a solid 16 of 23 evening for 219 yards and two touchdown passes, while Burrow finished with a QB rating of 90.6 off a 37 of 61 performance for 316 yards on the night.

Burrow finished with a 66.1 rating a week ago at home in Paul Brown Stadium against Mayfield’s Cleveland predecessor, Tyrod Taylor, and the Los Angeles Chargers.

The former University of Georgia Bulldog racked up 124 yards in 22 carries, two of those going for touchdowns, while Mixon mustered 46 yards on 16 carries and no scores.

While Burrow is not accustomed to being winless by any means, his prowess on an opponent’s field last night showed that he has no fear, little rookie jitters, and is a student of the game he grew up playing in the other corner of the state of Ohio, in The Plains.

Though there was rampant rumor that he didn’t want to go to the 2-14 Bengals (though who doesn’t dream of going away to college and coming home to play your professional career?), Burrow has seemingly embraced it.

And a couple of in-state games each season against a fellow Heisman winner like Baker Mayfield may prove to be a great impetus for staying, for making the Bengals a better team – dare I say a contender, and giving NFL fans in the State of Ohio and beyond a phenomenal quarterback rivalry for years to come.

No invite to The Heisman House?

Burrow may very well kick the doors in over time.

Celtics Had This One … and Then, Bam!
Thanks for Playing, Miami … Game Over … on to Baseball?