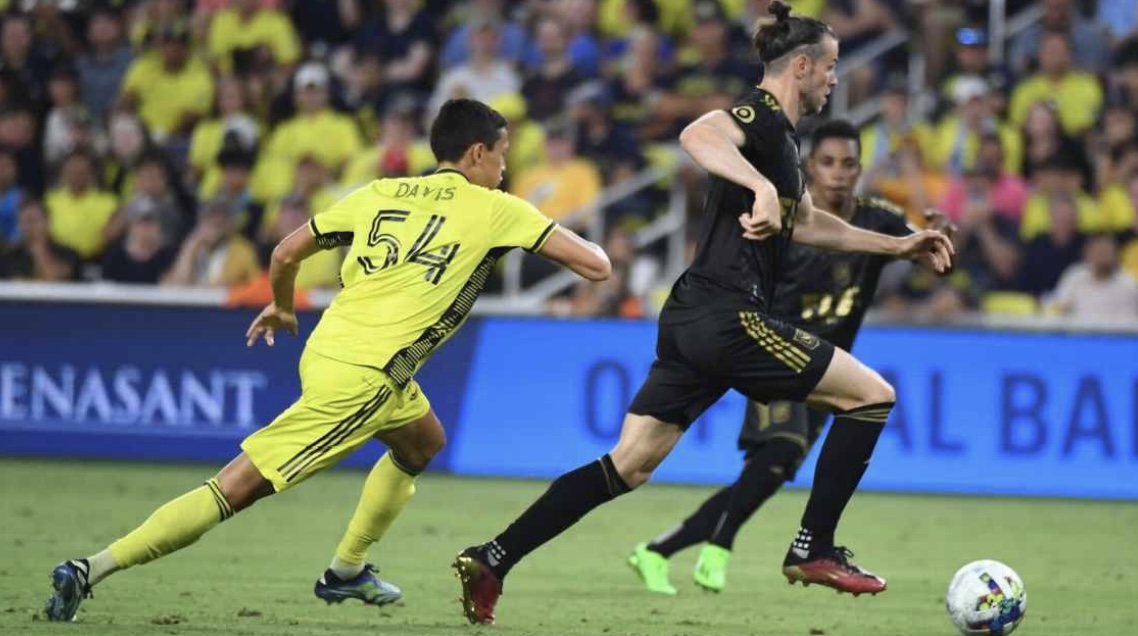 LAFC traveled to Nashville over the weekend for a Western Conference showdown as they fight to regain first place in the West.

Nashville have had a rocky July, only winning one game with one loss and a draw. They currently sit third in the Western Conference. LAFC on the other hand, are just one point from first place with a game in hand.

Italian superstar Chiellini made his anticipated MLS debut on Sunday. He started as center-back and recorded two successful tackles and one chance created in 60 minutes of play. Even facing a very physical Nashville team, the 38-year-old defender looked calm and composed and very fit during his debut.

LAFC got on the board first in the 27th minute with a goal from Cristian Arango, his eighth of the year. Just before the half midfielder Ilie Sanchez pulled the shirt of Nashville’s C.J Sapon in the box to give Nashville a penalty. All-Star Hany Mukhtar capitalizes on the opportunity and makes the penalty, tying the game up at the half.

Just one minute into the second half LAFC’s Jose Cifuentes scores the go-ahead goal from a Ryan Hollingshead’s rebound that hit the post.

Gareth Bale made his debut in the 72nd minute as he was subbed on for Cristian Arango. There was a mix of boos and applauses from the crowd at GEODIS Park when Bale entered. In his first three touches he made a cheeky behind-the-back heel turn pass to Cifuentes. He ended the game with 10 completed passes and one cross. No goals came from his debut, but more is to come from Bale for the upcoming games for Los Angeles.

LAFC held the lead and took the victory over Nashville. With this loss, they drop to fifth with Real Salt Lake and Minnesota recording wins over the weekend. LAFC also regains first place in the West.

It was huge for LAFC to finally get Chiellini and Bale their debuts. Soon the team hopes to get Bale in the starting lineup. According to him, he is still trying to learn the playing style and adapt to the team’s philosophy.

“I wouldn’t say the style of play is different, it’s just getting used to the teams’ philosophies,” Bale said to Marca. “We’re working on it in training every day. I’m watching extra film on it in terms of before and after training with the coaches. It’s just trying to get up to speed as quick as I can and when I go on the field, do as much as I can to help the team.”

Victory for Pozuelo in his debut with Miami
USMNT Back In The Olympics!