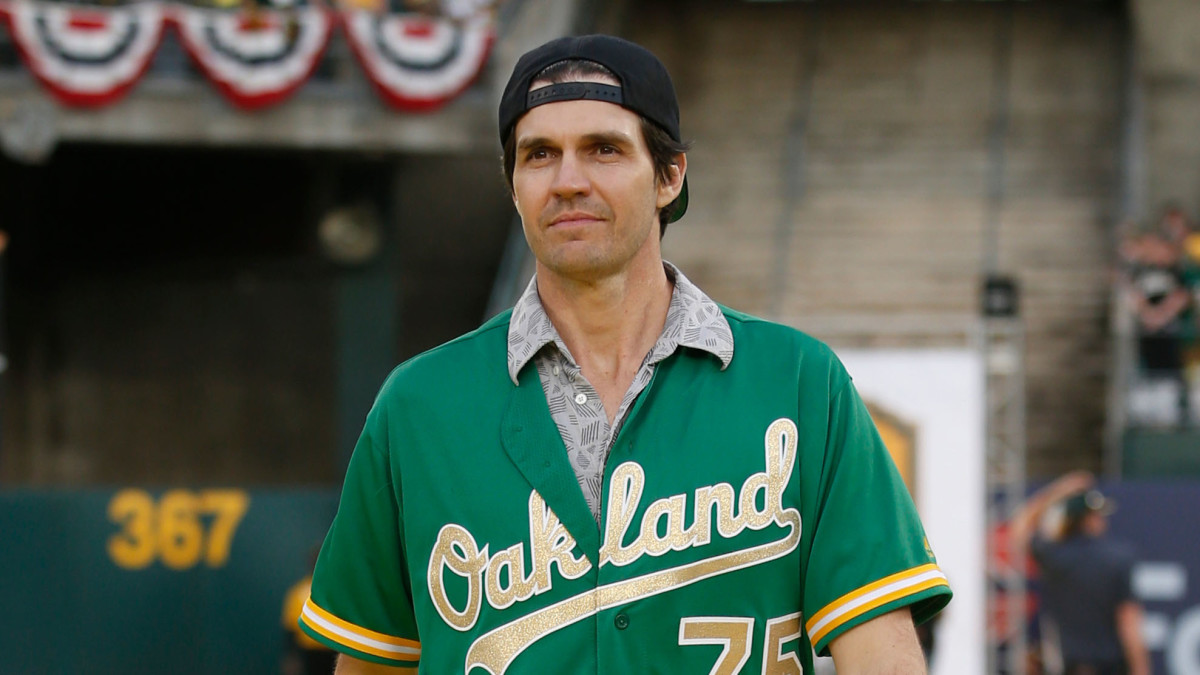 In his brutally honest autobiography Curveball: How I Discovered True Fulfillment After Chasing Fortune and Fame, Barry Zito shows time and time again that fame and fortune does not always lead to long term happiness. In fact, his problems became magnified as he played baseball at the highest level. The former 2002 AL Cy Young award winner was once one of the best pitchers in baseball, only to come crashing down to rock bottom before redeeming himself through the power of Christ.

The book sets the tone of Zito’s journey by opening with the 2010 playoff run. The 2010 World Series title run for the San Francisco Giants was extraordinary to say the least. The Giants  made the playoffs for the first time since 2002 and then won the World Series for the first time since 1954. They entered the playoffs by winning the Wild Card, and few expected them to win it all.

For many Giants players, even any baseball player, making the playoffs is one of the most exciting moments of their career. Not for Barry Zito. Shortly after the Giants clinched the playoffs, Zito was left off the postseason roster. As the Giants fans and players partied, Zito vanished into the background and fled from the stadium. As Zito iterated multiple times in his book, he was not worth the seven year, $126 million contract he signed back in 2007.

Shockingly, Zito later reveals that he wanted the Giants to lose the 2010 World Series. At the apex of his baseball career, Zito was a broken man, wracked with grief. What led to the former Cy Young award winner’s downfall? How did he bounce back from such a low moment? Barry Zito holds nothing back as he writes about his demons.

Zito starts at the beginning with his childhood, and the very unique relationship he had with his father Joe Zito. Playing professional baseball was not only Barry Zito’s dream, but also his father’s dream. Barry Zito and his father were intertwined in the pursuit of the glory of being the best baseball player imaginable. Joe Zito constantly inserted himself into his son’s life. He sheltered his son from making childhood friends, dictated his love life, turned down contracts that could support the family financially, took him away from his happy life at college, and his approval depended on how well his son pitched in a game. Although Joe Zito created one of the best pitchers in the early 2000s, he also created what Barry Zito calls a “monster”. All these repressions came out in a nightmarish form for a large part of Zito’s life.

For a long time, Zito had a pretty irresponsible friend group, and had trouble with the ladies. He tried all sorts of drugs as a teenager and even got arrested too. During his playing career, many days when he was not scheduled to start, Zito stayed up to the early hours of the morning after partying all night. Despite the constant partying, Zito never partied the night before he started a game; baseball was always his main focus. Barry Zito was not always this type of person. He was not the typical baseball player in the 2000s; instead of a big burly ballplayer with no emotion, Zito played his guitar, surfed when he could, and was very much in touch with his feelings. However, Zito writes about his need to fit in, whether as a teenager or a MLB teammate, which led him to caving in and losing himself in order to become one of the boys.

The lack of a traditional love life growing up turned Zito to hookup culture. He writes about breaking women’s hearts left and right, oftentimes feeling terrible in the process, but not stopping either. He even cheated on women he relationships with in the off season, and usually by the baseball season had dumped them to have his head in the game. Nevertheless, every time he broke someone’s heart, he felt horrible. He even wished that one day he could feel the pain of being dumped. While Zito was turning into a “monster,” deep down he was still a good person just acting out against the prohibitions he had growing up. When reading Zito’s book, it might seem like he is justifying his own poor behavior, but his willingness to confess and to try to put the pieces together makes it clear he is going deeper than that. He was still a quiet intellectual who loved baseball but fell victim to his desire to conquer both the baseball world and the drama of Hollywood.

Continuing in the book, Zito searches for the source of his internal pressure, most evident in how he lived and died with every start. He always doubted himself, and even when signed the $126 million contract, Zito did not think he was worth the money. Talent was never an issue for Zito, it was his state of mind that held him back from a Hall of Fame career. After winning the AL Cy Young award, Zito was on top of the world, but felt pressure to live up to his prior dominance. In short, he was never satisfied. Rather than facing his problems, Zito kept looking for external answers.

Thus began quite an incredible redemption ark. It took him eight or so grueling years to finally change himself as a person. He ignored so many signs to change himself for the better that the reader has to hold back from yelling in anguish to demand that Zito take the necessary time and effort to find himself. Finally, it is a relief for both Zito and the reader when he begins his journey of inner peace through religious conversion, largely thanks to his mother and his wife. Zito’s conversion was not easy, but he translated the diligent work ethic he had for baseball into his newfound religious devotion. He started to make this transition during the 2011 season, and the next year, he pitched very well. As a result, he was included on the postseason roster, and the rest is history. He pitched well in an NLCS elimination game, before starting and winning Game 1 of the World Series.

Although Barry Zito was ecstatic at winning the World Series, he was more proud of the fact that he had changed his character—his growth as a person was his true redemption. Zito’s autobiography might be the best baseball book I’ve ever read. His uncanny ability to go into great detail about his thought process throughout his entire career makes the book a must read. Additionally, the dichotomy between a man chasing his childhood dream and his mental struggle that sabotaged his career, creates a story that goes beyond baseball and regular sports memoir. Zito shows that even hundred plus million dollar superstars are human; they too go through their ups and downs, but his hard work and discipline can inspire anyone to change themselves for the better.