Baseball in July: “An Endless Game of Repeated Summers” 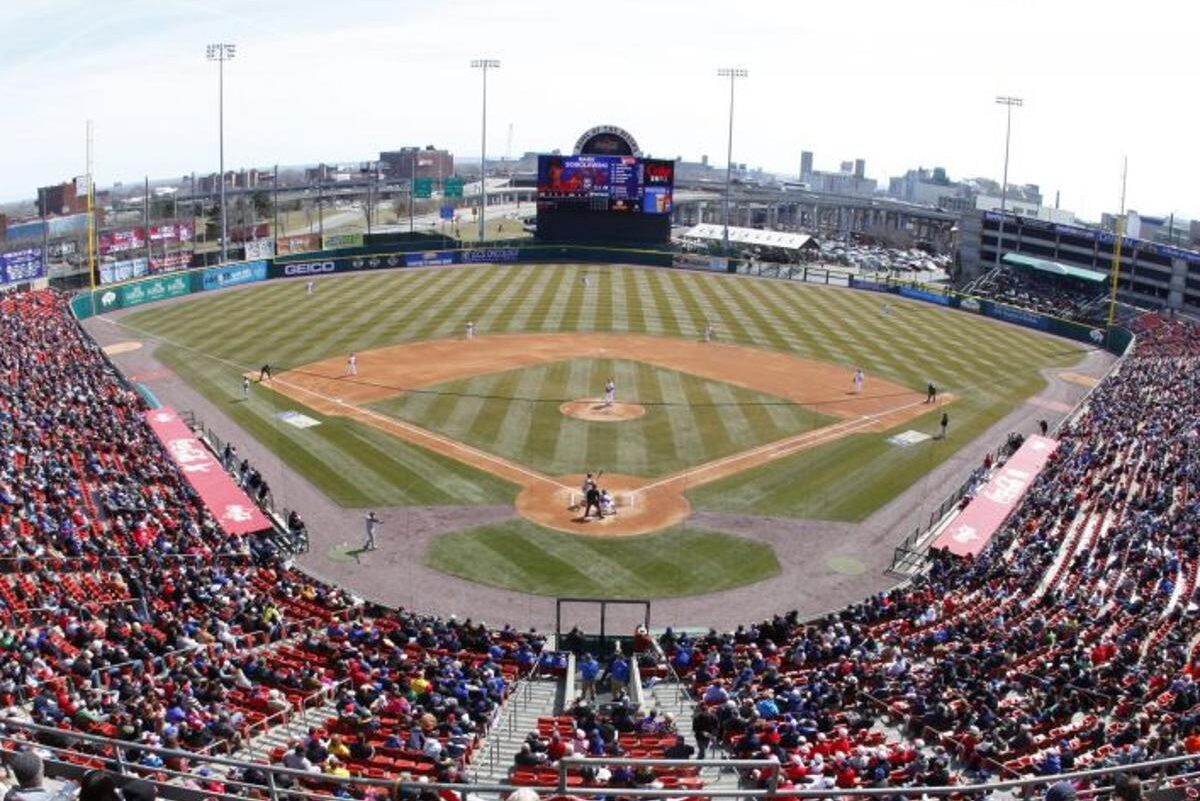 This July, Back Sports page covers minor league baseball across America, telling the many stories of a game and of a nation.

Every April, thirty major league teams take the field and begin a new season—another grand opening to the big show.

But, perhaps more quietly, 120 other teams also emerge. They arrive at dusty diamonds or turf infields or renovated stadiums from Wichita, Kansas, to Nashville, Tennessee, to Manchester, New Hampshire. Those minor league teams usher in not only the season of baseball but for millions of fans across the country, the season of summer itself.

America remembers, for a moment, our favorite pastime—a sport with a rich history and a philosophical bent, a game plagued with corruption scandals and exalted by heroic underdogs and unlikely glories. In contrast to Major League Baseball, with its massive stadiums and star power, the minor leagues mostly remains an accessible tradition for middle America. Anyone can show up to their local field and, often for less than the cost of a movie ticket, watch professional baseball.

The players on the teams sometimes offer a glimpse of a future hall of famer or legendary manager on his way up. But more often, the innings of a summer evening deliver a brief, happy chapter of lives that will not ultimately unfold on a diamond.

Instead, the ticket holders get to watch boys, heroes of their communities back home, play a game they love better than almost anyone else in the world for as long as they can. One day, the crowd knows, the second baseman may end up as an engineer, the left fielder a dentist, the shortstop a teacher. Or, in the case of my own father, the pitcher might become a pharmacist.

But the uncertainty of the minor league, the immediacy of it, only adds to the magic of the game. The waiting and the excitement, the fame and the disappointment, all of it mirrors the country the game reflects.

In the end, America’s story could be sewn up with the red thread of a baseball. It weaves together immigrants and mob bosses, tycoons and farmers, unionists and bankers. Baseball intertwined itself into the fabric of the United States, and, as it happens, into the fabric of my own life.

“Baseball,” the poet Donald Hall wrote, “is continuous, like nothing else among American things, an endless game of repeated summers, joining the long generations of all the fathers and all the sons.”

Or, in my case, the daughters.

My father, drafted in 1984 by the Pittsburgh Pirates, put down his glove decades ago. Now, thirty years after he stepped off the mound for the last time, I am picking up my pen. The Volkswagen Tiguan sits in the driveway, full of gas and ready to go. My dog and travel partner, O’Connor, senses we are in for an adventure. She’s right.

Beginning in Utah with the Salt Lake City Bees, a AAA affiliate of the Los Angeles Angels, and ending in Maine with the Portland Sea Dogs, a AA Red Sox affiliate, this Back Sports Page series will cover thirteen games in twelve states over 2,500 miles of interstates and highways across the middle of the American heartland. The minor league offers up an abundance of stories—statistics, folk tales, traditions, and talents abound. Those stories are waiting to be told. Over the next three weeks, they will be.

This article is the first of the ongoing series Baseball in July.

Weekly AL East Recap: Mixed Results Across the Board
Kemba for Kuz: Good or Bad?