Baseball in July: Baseball is Back 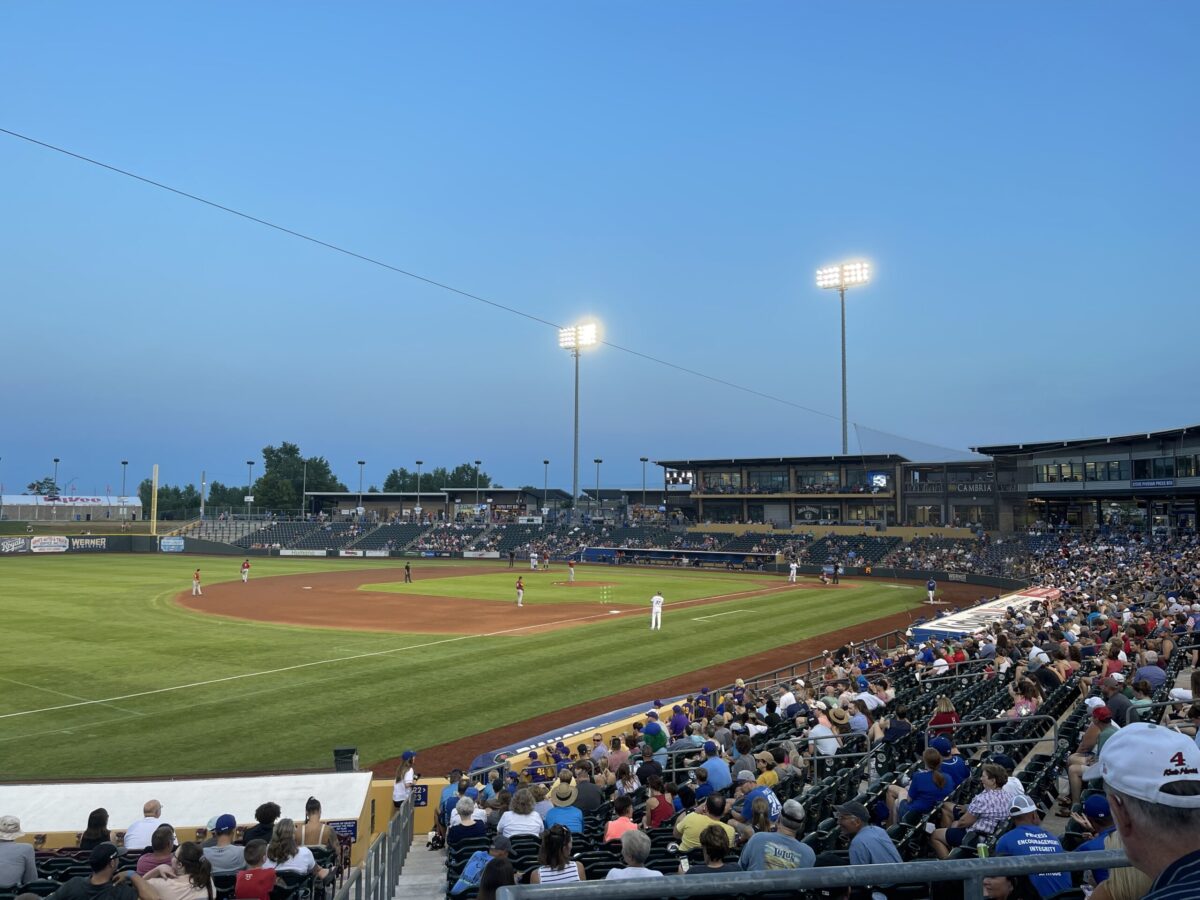 On July 9, the sun set on Werner Park in Omaha, Nebraska, but neither the heat nor the cheers faded with the light.

Unlike Major League Baseball, with its shortened 60 game session in 2020, Minor League stadiums stayed dark for the players and the fans. For the first time since the league’s founding in 1901, the season was cancelled.

Minor League baseball swung back into action earlier this year on May 4, 2021. Since then, dozens of games have been played. Hundreds of runs have been scored. And thousands of fans have returned to stadiums across the country.

Baseball has been back for a while.

But tonight in Nebraska, with the sticky heat and the between inning trivia mini-games, and the Omaha Storm Chasers facing off against the Toledo Mud Hens, something changed.

Omaha is a baseball city. It hosts the college world series, and the University of Nebraska Omaha Mavericks. It is also, of course, home to the Storm Chasers.

And the Storm Chasers, the AAA affiliate of the Kansas City Royals, are good. They’ve won their league seven times since their founding in 1969, and they’ve taken home three class titles, including back to back championship seasons in 2013 and 2014. In 2021, they lead the AAA East Midwest with a .632% win average.

Plus, on July 9 they added another victory to the tally.

The story of the game between the Storm Chasers and the Mud Hens, the Detroit Tigers AAA team, centered on pitching.

Both teams delivered solid performances from the mound, but it was the Storm Chasers’ relievers Grant Gavin, Gabe Speier, Jake Newberry, and Tyler Zuber who together held off Toledo and secured the final 3-2 victory for Omaha.

On the offensive side of the ball, Omaha struck first and struck early. In the bottom of the first inning, a sacrifice fly from outfielder Kyle Isbel created a two score lead against the Mud Hens.

Scoring was scarce after that, but when it happened, the teams swapped runs. Third baseman Yariel Gonzalez crossed home plate for Toledo in the second inning. Then, designated hitter Edward Olivares led off the sixth inning with a solo home run for Omaha. The centerfield DJ’s Dugout Sports Bar billboard shot twin flames up in celebration. The crowd roared. A boy in green crocs sprinted up the steps with a funnel cake, an older woman half-heartedly calling out for him to slow down.

In the top of the seventh, Toledo struck again, closing gap to 3-2. But the gap would prove to close no farther. Omaha took the victory, evening their six game series with Toledo.

The crowd, of course, didn’t know that yet when they stood during the seventh inning stretch, gamely singing along with the familiar lyrics.

“Root, root, root for the home team,” everyone shouted, fists pumping in the quickly gathering darkness.

And I, having never been to Omaha before, found myself doing just that.

This article is part of the ongoing series Baseball in July.