Baseball in July: Diamonds in the Rough 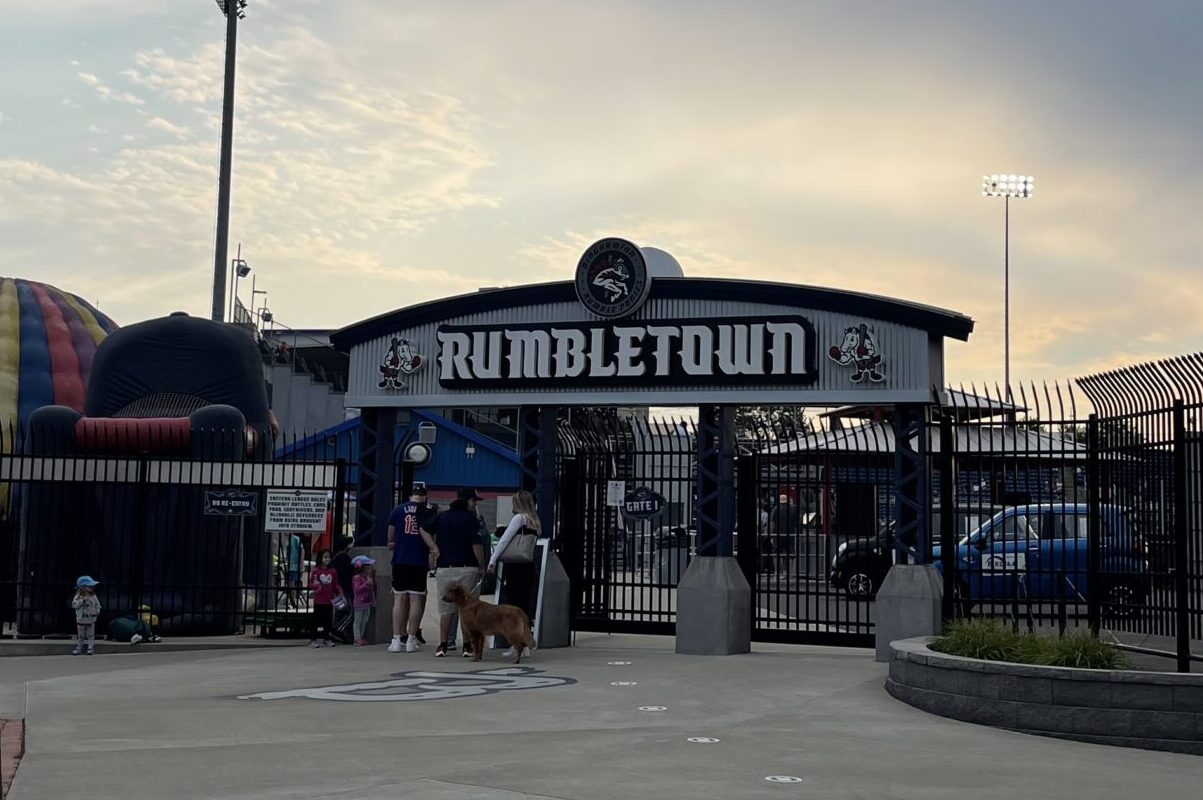 Binghamton has been dubbed, among other things, the “carousel capital of the world.” The town’s reputation as a hub for the classic merry-go-rounds shows up in parks, festivals, and, as of 2016, the AA Binghamton Rumble Ponies. 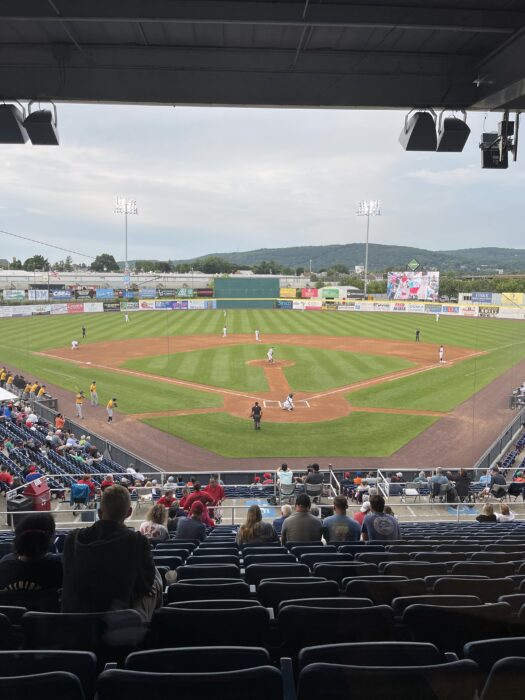 The name and the mascot— Rowdy the Rumble Pony— were an instant hit with the locals, even if the team occasionally struggled.

On July 22, however, the town’s faith in their team once again proved well-deserved as the Binghamton Rumble Ponies, the Mets’ AA team, rose to the occasion and defeated the Erie SeaWolves, the Detroit Tiger’s AA affiliate.

After several fast, scoreless innings, the SeaWolves struck first. Number one overall 2020 draft pick, Spencer Torkelson, crushed a home run and put Erie on the board. Binghamton, for their part, answered with Carlos Cortes’s single-run homer, making the score 2 to 1 at the end of the third.

Then, in the bottom of the fourth, the Rumble Ponies sent a message. After three straight singles, followed by a strikeout, catcher David Rodriguez recorded Binghamton’s first grand slam of the season, and the home team took a commanding 5 to 2 lead.

On any given Thursday night in Mirabito Stadium, though, there is more to the story than the game. Just ask the men in the press box, including former Montreal Expos pitcher and infielder John Reid, and they will tell you that if Binghamton has anything, it has stories. 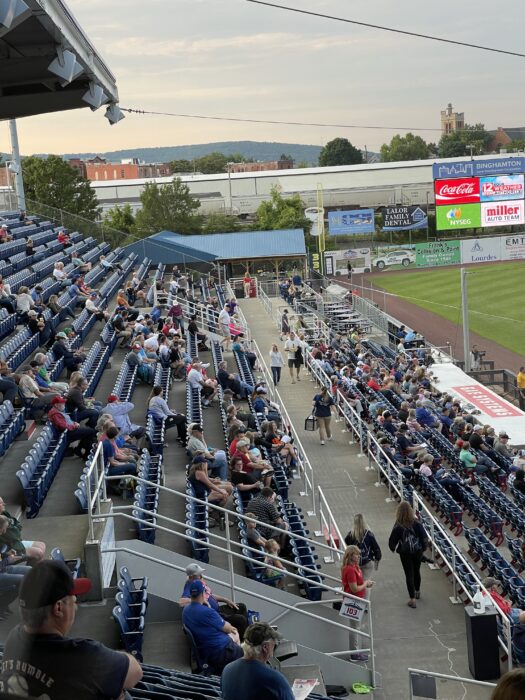 Like so many minor league towns scattered across America—and often minor league ball players themselves— Binghamton remains a bit of a diamond in the rough. It still shines, but a passerby might have to look a little harder to see the spark.

In its glory days, the city was, as Reid described, “the valley of opportunity.” Multi-billion dollar companies like IBM, Dick’s Sporting Goods, Link Aviation Devices, and the Endicott-Johnson Shoe Company (E-J) all started in Binghamton.

Since then, each one of them has either moved, dissolved, or merged. To be fair, the original Dick’s Sporting Goods store still stands on Court Street, Route 11 separating it from the banks of the Susquehanna River.

Still, the bulk of the business boom once enjoyed by Binghamton and the Southern Tier of New York faded throughout the second half of the 1900s and early 21st century. Even many of the city’s famous carousals, donated by E-J’s George Johnson with the caveat that they remain free to the public, have long since been removed or replaced.

Regardless, on July 22, the game goes on.

The easy camaraderie between the announcers, the scorekeepers, and the broadcasters in the booth mirrors the jovial atmosphere of the crowd below. Even I quickly felt at home. My hosts, who couldn’t have been more gracious, welcomed me with an introduction to the region’s signature dish—the Spiedie. A kind of marinated cubed meat mix in a hot dog bun, the Spiedie is so popular in Binghamton that the region hosts a massive annual festival in its honor. In fact, in 2019, an estimated 100,000 people showed up to mingle, launch hot air balloons, and, of course, eat a surreal array of Spiedies. I learned all of that while happily munching on my own, a chicken variety spiced to perfection.

A few minutes later, when the pitcher hit the batter with a stray throw, everyone had a quip ready to go.

“This time he didn’t get hit by the ball, the ball got hit by the bat!” or “Some have mastered the art of snatching defeat from the jaws of victory.”

Although Erie refused to go quietly into the night, at one point in the top of the ninth with the go ahead run at the plate, the Rumble Ponies held on and rode into the sunset with a 6 to 4 win.

Of course, that doesn’t change the fact that this team and this city have gone through tough times. They’ve also enjoyed jubilant success. But they experienced all of it—the highs and the lows—together. Tonight, I’m happy to report, was a high.

Rowdy and the Rumble Ponies protect the magic and continue the legacy of a small town that consistently produces great things. It’s true some of the carousels may be missing now. But not all of them.

For if a passerby happens to be wandering through Ross Park or Recreation Park, Spiedie in hand, they can still hear the sound of carnival music. If they follow it, they will find the individually carved, intricately painted ponies faithfully dancing around the carousel, always free to anyone who cares to join them on their journey. You just have to look hard enough to see them.

Baseball in July: A Brief Stint in the Majors
The Philadelphia 76ers and the 28th Pick