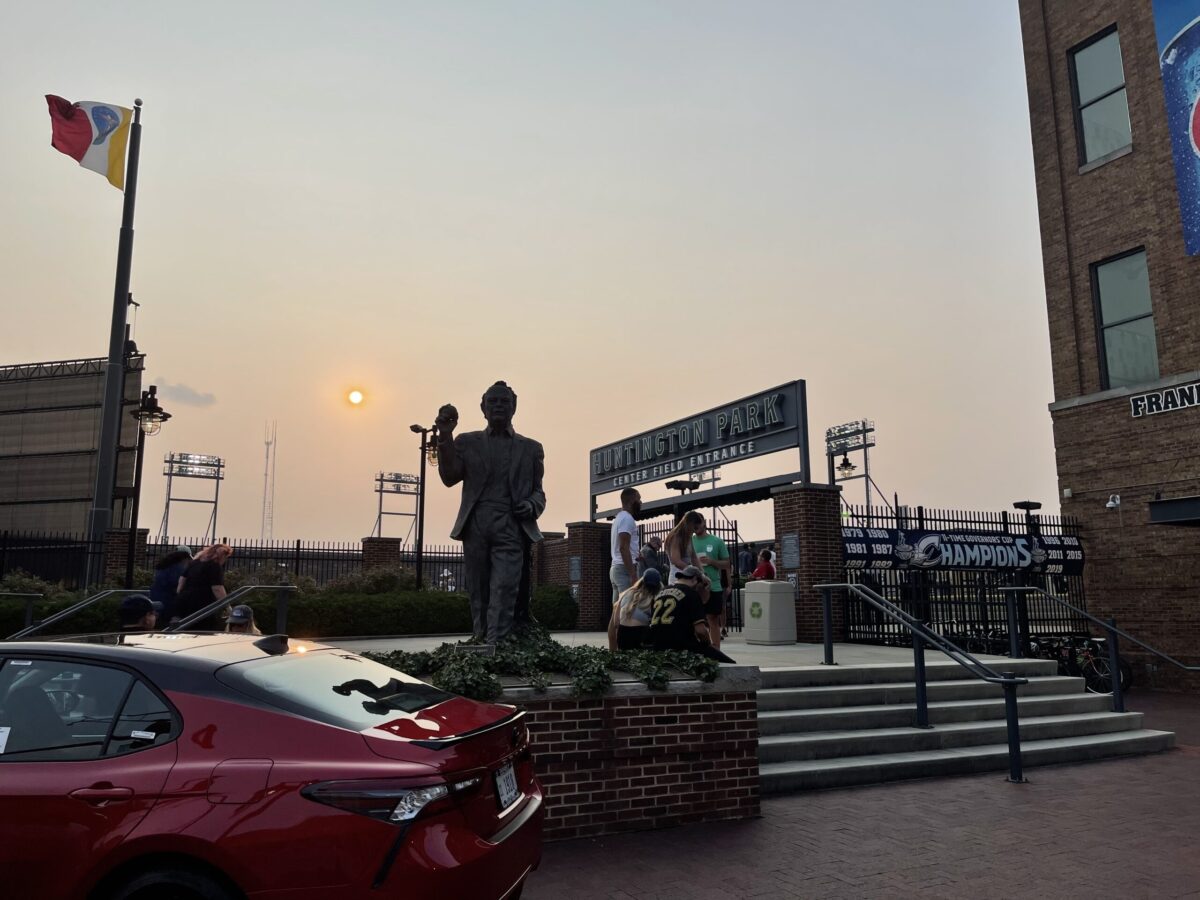 Hot dogs sold a “dime a dog” on July 20 at Huntington Park as the Columbus Clippers took on the Iowa Cubs. 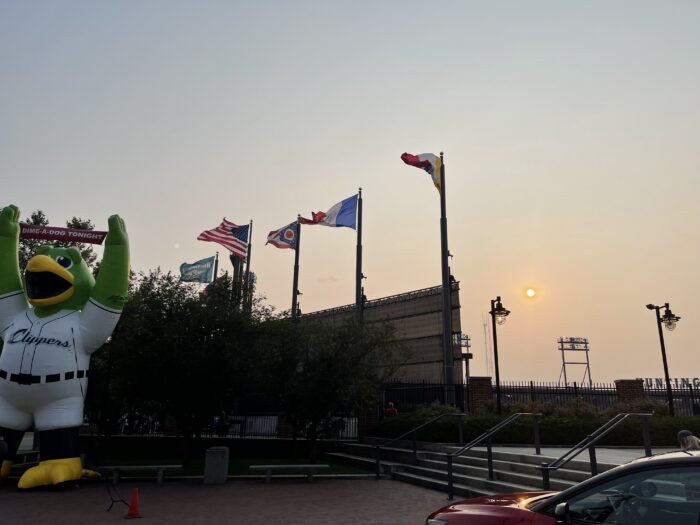 Food and baseball have always been intertwined. But minor league stadiums across the country—including Columbus—have taken their menu options far beyond the classic pretzels, popcorn, and beer.

From steamed crabs at the Aberdeen IronBirds’ stadium in Maryland to the Portland Sea Dogs “Sea Dog Biscuits” in Maine to the Columbus Clippers’ very own City Barbecue Ribs, nearly any palate can be pleased at the right minor league park.

During the second inning alone, from my vantage point in the bleachers of an area known as the tower, people ate cotton candy, nachos, pizza, corn dogs, pretzels, popcorn, Chick-fil-A, and, of course, hot dogs. One woman entered from the elevator with a platter of hot dogs that she and her group posed for photos with in front of the field. At the same time, a couple nearby debated the merits of a hypothetical food they dubbed “breakfast pie.”

I noticed all of that, for my part, while happily consuming the walking taco I’d picked up at the concession stand.

Meanwhile, of course, the game went on.

In a matchup where the number of home runs hit took second place only to the number of hot dogs eaten, the Clippers, the Cleveland Indian’s AAA affiliate, attempted to power their way back from an early 5-2 deficit to the Cubs, Chicago’s AAA team. For Columbus, center fielder Jordan Luplow, third baseman Nolan Jones, short stop Andres Gimenez, outfielder Trenton Brooks, and outfielder Connor Marabell all recorded home runs.

Still, even with all the action, food was never far from the conversation.

Between the fifth and sixth innings, with the Cubs’ lead cut 9 to 6, a commercial announced Stouffer’s as the official mac ‘n cheese of minor league baseball. Between the sixth and seven innings, Huntington Park hosted a human hot dog race across the outfield.

In fact, by the time the seventh inning stretch rolled around, with everyone chiming in with “buy me some peanuts and cracker jacks,” it was clear. 10,100 people bought tickets for Tuesday night’s game, and all of them, it seemed, came hungry.

The Clippers were hungry too, but in the end, their craving for a win went unfulfilled. At the top of the eighth inning, a combination of inconsistent pitching and effective batting opened up the game for the Cubs. Iowa, with the help of at least one error on Columbus’ part, knocked in five additional runs that Columbus failed to answer.

Finally, in the ninth, the Cubs sealed their victory. First baseman Taylor Gushue crossed home plate, notching Iowa’s fifteenth run of the evening. Then the Clippers went three up, three down during their last at-bat and ended the game 7 to 15.

The loss didn’t curb any appetites, however. Not the Clippers’ for victory—they return for a rematch against the Cubs tomorrow— and not the crowd’s for snacks. 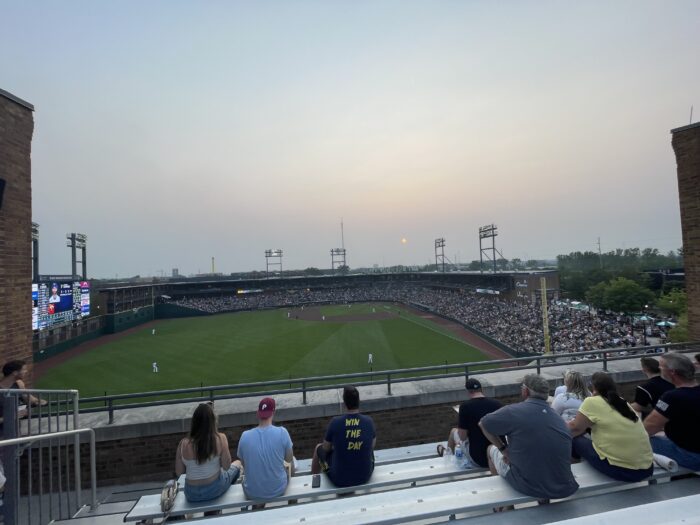 Even as the bleachers sat littered with black raspberry chocolate chip ice cream containers, churro wrappers, and empty beer cups, the fans were already asking two questions: what’s for desert, and when should we meet up for the game tomorrow.