Battle For The West Heats Up 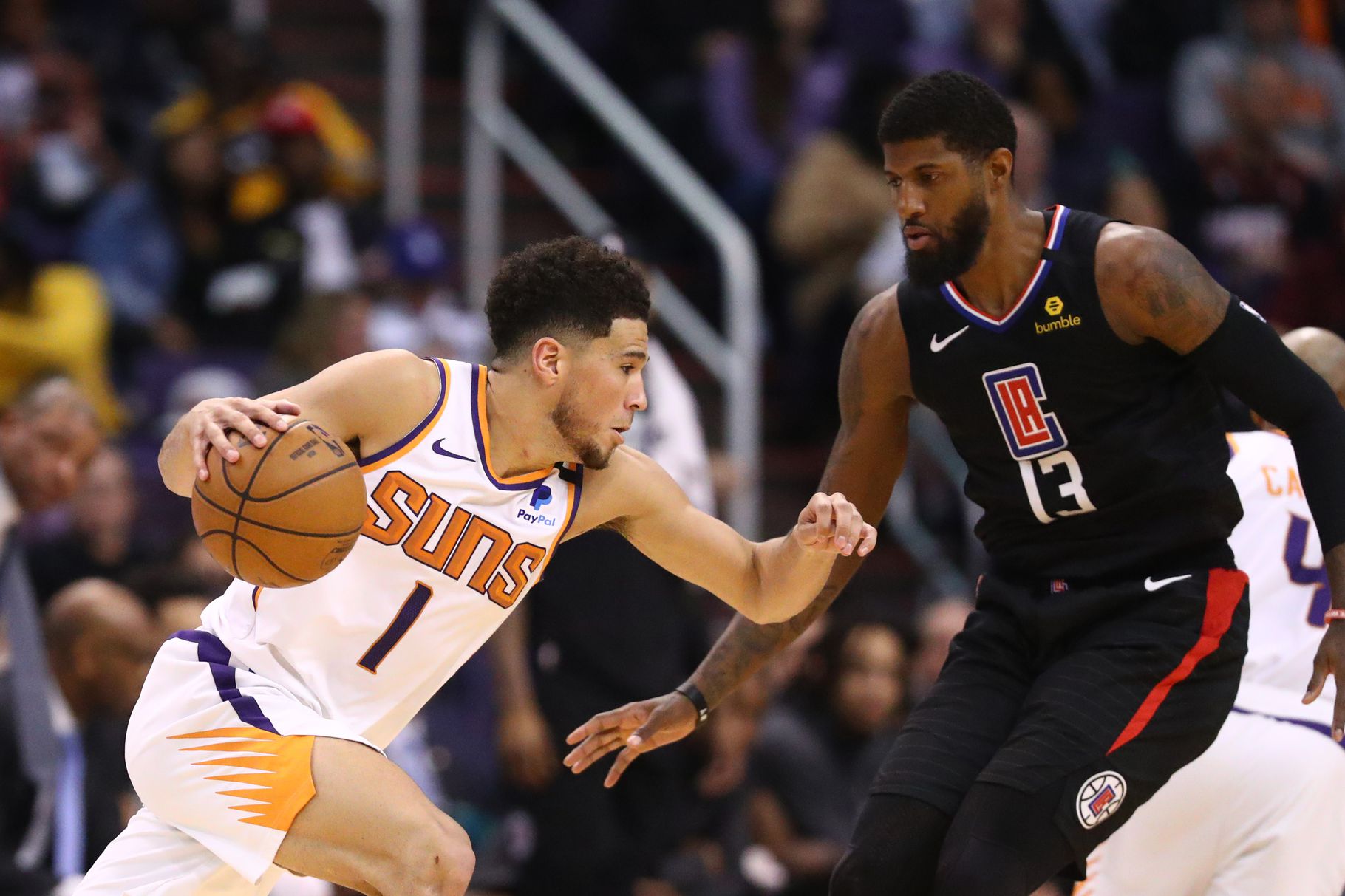 In a battle of two of the top teams in the Western Conference, the Los Angeles Clippers beat the Phoenix Suns 113-103 behind 33 points from Paul George. The Clippers clinch the season series against Phoenix with the teams meeting one more time at the end of April.

Paul George has been on an absolute tear over the last three games, averaging 28.3 points, 5.7 rebounds, 1.7 steals and five 3-pointers made. Everyone knows the kind of player George can be when everything is going right, but he still needs to prove himself in the playoffs. This is the kind of hot streak that would be perfect for “Playoff P.” The Clippers’ success in the postseason relies heavily on how George is performing.

At the end of March, he missed a couple games with a toe injury that is giving him some trouble.

“It’s kind of managing it, I do feel better though,” said George after the win against Phoenix. “I think I’m just adapting to it. What helps is that I’m being honest with myself. I made a conscious decision that if I’m going to be on the floor, I’m going to have to play my game. The medicine is working.”

It is encouraging to see how well George is adapting to the foot injury because it looks like it will be ongoing throughout the postseason.

This is Rajon Rondo’s third game with LA and the first where he really made an impact. In 19 minutes he scored 15 points with nine assists.

Patrick Beverley was ejected early in the fourth quarter for throwing an elbow at Chris Paul and Reggie Jackson was taken to the locker room in the fourth to look at an eye injury. With the two other point guards out, Rondo had a lot of time to make a difference.
Rondo will continue to become more and more important for the Clippers as they close out the regular season. A scrappy game between two top teams where it almost feels like a playoff game is the exact reason the Clippers traded for Rondo.

The Clippers’ bench outscored the Suns’ bench 38-28, and this is not something new. Their bench averages the fourth most points in the league and has gotten stronger with the acquisition of Rondo.

The bench minutes now go to Rajon Rondo, Nicolas Batum, Reggie Jackson, and Patrick Patterson while Serge Ibaka is out. Having a strong bench is imperative to winning a championship and the Clips are building a nice foundation.

The starting lineup will play more minutes in the postseason, but having a player come in and make a bucket at any time and a player who can comfortably run the offseason is a huge luxury. The Clippers have that in Jackson and Rondo. Batum is another shooter and offers a solid presence on the defensive end.

Los Angeles performed extremely well against a very good Phoenix Suns team and will be looking to keep up the moment and build a win streak of their own.