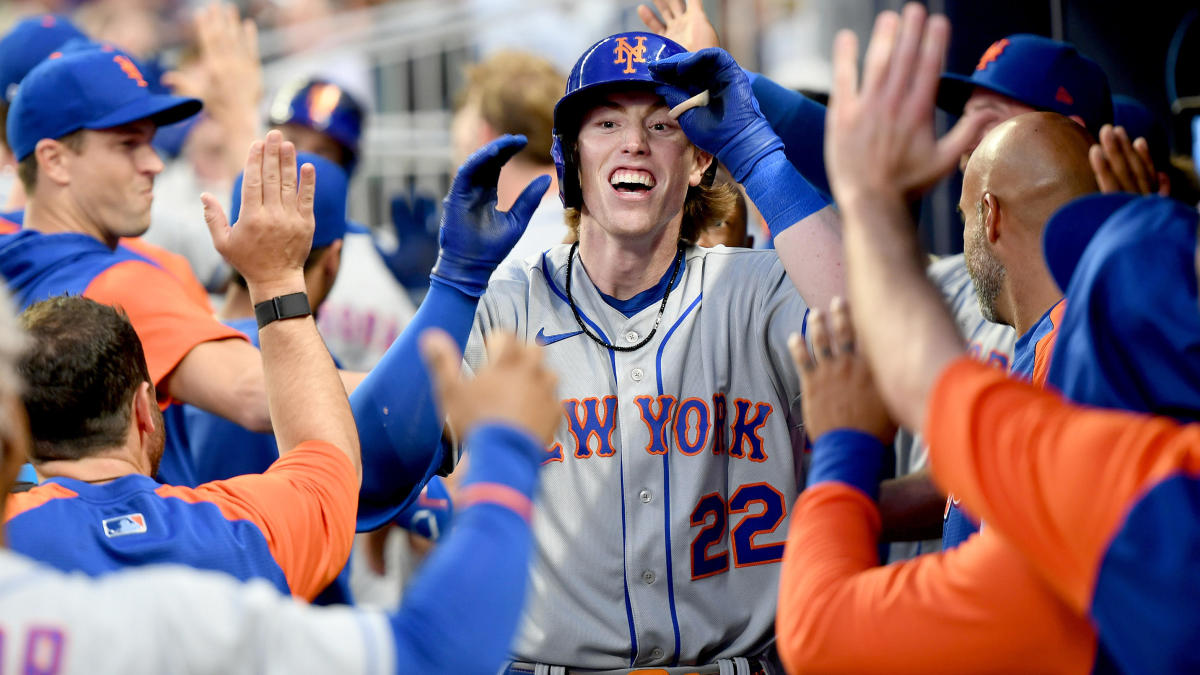 Brett Baty had an evening that reminded me of “The Real Slim Shady”. While the Hip-Hop fan in me isn’t the biggest Eminem fan, I appreciate the Detroit native’s contribution to the genre. I must also acknowledge his movie “8 Mile” as an inspirational story. It tells the tale of an impoverished musician striving to become a prominent Hip-Hop artist. A key element of the film focused on the protagonist overcoming his internal feeling of stage fright. Even though Eminem’s character would routinely demonstrate his lyrical ability, public performances were a stubborn challenge for him. The film ends when the aspiring rapper finally overcomes his stage fright in impressive fashion. Contrarily, for the newest New York Met, Brett Baty’s Broadway play begins with a bang.

The Mets acquired Texas native Brett Baty in the 2019 MLB Draft. This past Tuesday, the Mets rookie was called up to make his Major League debut in Atlanta. The Minor League prospect’s claim to fame was his bat, which led Mets manager Buck Showalter to make the call. Little did anybody know that Baty would answer the call as immediately as he would.

Batting 8th in the lineup, Baty stepped into the batter’s box for his first Major League at-bat in Atlanta. The 22-year-old accomplished a rare feat: knocking one out of the park in his first plate appearance. What’s more, Baty’s parents and loved ones enjoyed a front row seat to rejoice in the public display.

There’s no telling what trials, tribulations, or adversities Baty may have overcome to make it to this point. Injuries, mental health struggles, and lack of motivation are all realities in the sports world that no athlete is exempt from. Despite any and all of these challenges that Baty may have encountered, the rookie was able to seize his opportunity.

After Eminem’s character in 8 Mile overcomes his insecurity, the credits roll and a song called “Lose Yourself”. The song encourages listeners to champion whatever obstacle that impedes them, even if it means “losing yourself” to do so. Brett Baty lost himself for his moment Wednesday night. If things go the way he wants them to, Bat(y)Man won’t get lost in the moment.

Showalter, Mets Learning From The Past, Ushering In The Future
Guardians Rained Out Again