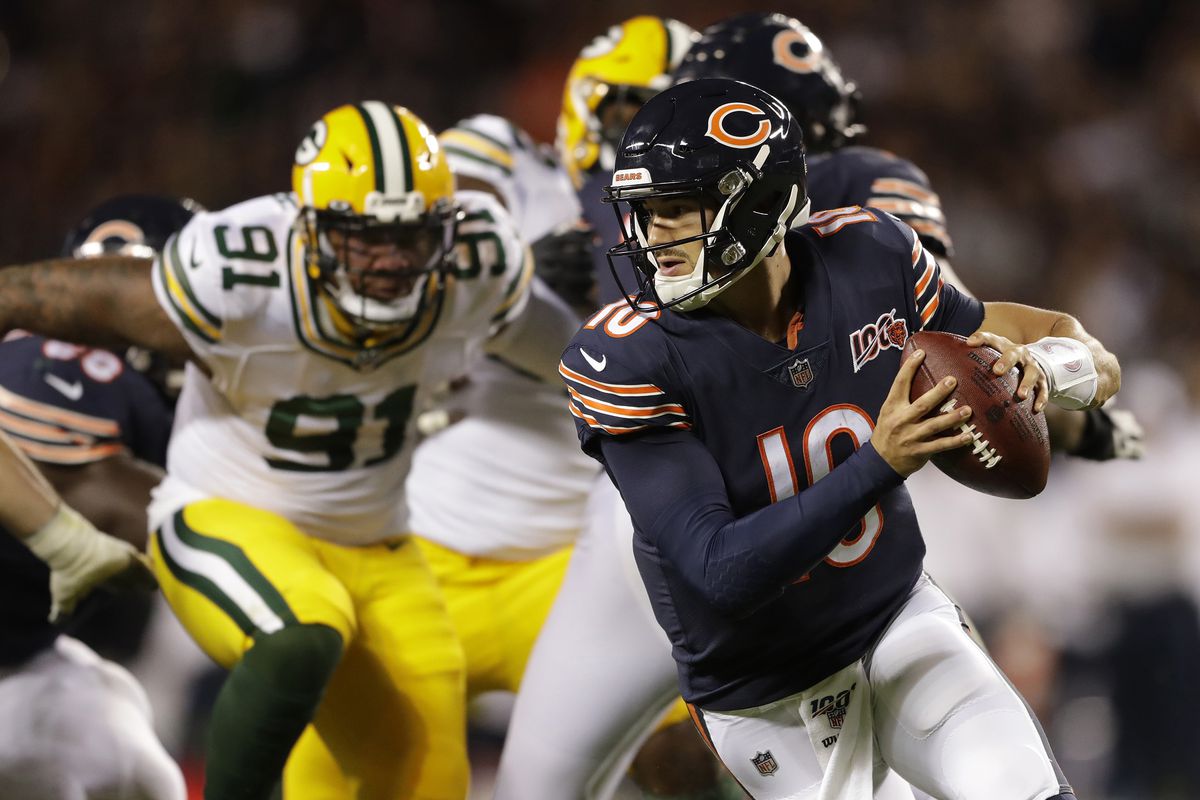 Bears: The Chicago Bears struggled in their week one matchup against the Green Bay Packers to say the least. Their offense could not find a rhythm, managing only 254 total yards (46 rushing) and jsut 16 first downs. The Bears struggled to move the chains on third down, ending the game with a success rate of 3/15 (20%) on third down. The Bears’ defense picked up where they left off last season and dominated the Packers’ offense. The Packers’ offense was only able to gain a total of 213 yards (47 rushing yards) and 13 first downs. Aaron Rodgers leading the Packers’ touchdown drive in the second quarter proved to be enough to beat the Bears at home. The final score of the game was 10-3.

Broncos: First year head coach Vic Fangio and the Denver Broncos got pushed around in their Week One matchup against the Oakland Raiders. The Raiders dominated the game early, ending the first half with a 14-0 lead. Raiders’ QB Derek Carr shredded the talented Broncos’ defense with 259-passing yards and a completion rate of 22/26 (84.6%). On the other hand, the Broncos’ QB Joe Flacco struggled to move the ball until he was forced to play catchup in the second half of the game. The Broncos’ defensive stars Von Miller and Bradley Chubb struggled to make an impact on the game, they combined for six total tackles and zero sacks. The final result of the game was a Broncos loss (24-16).

Broncos: The Broncos are looking for their first year QB Flacco to settle into the offensive scheme in their Week Two matchup against the Bears. Head coach Vangio is also hoping that his defense will be a game changer and that Von Miller and Bradley Chubb can make Bears’ QB Mitchell Trubisky uncomfortable. The keys to the game for the Broncos are for Joe Flacco to throw the ball down field and not to rely on short receptions, establish the running game against the Bears’ tough defensive front, and to play aggressively on defense and sack the QB.

Bears: The Bears will have the tough task of battling the conditions that playing in high altitude presents and managing the crowd volume in order to be successful in their Week Two match up against the Broncos. Because of the high altitude and their passionate fans, the Broncos are one of the few teams in the NFL that has a true home field advantage. The Bears should be motivated by playing against their former defensive coordinator, Broncos’ current head coach, Vic Fangio. The keys to the game for the Bears are for their offense to move the ball down the field and score touchdowns, establish the running game to neutralize Denver’s pass rush, and the defense must be able to create turnovers.